Arsenal have reportedly identified at least three replacements for the midfielder – while Ivan Gazidis' departure  is now claimed to be the reason Ramsey will also leave. Read on for all the details, plus more Gunners' gossip and news. 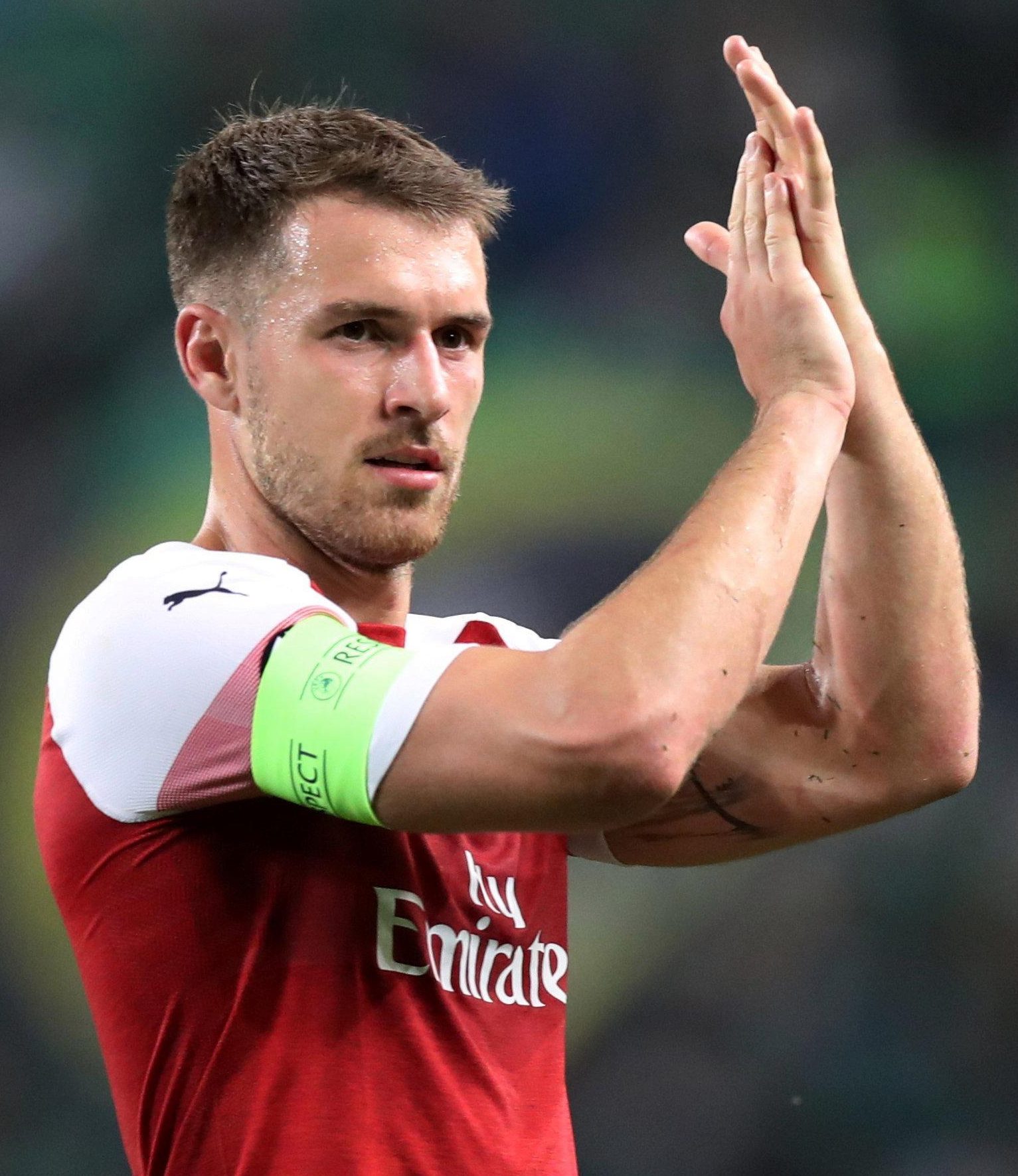 Cagliari's Nicolo Barella, Atlanta United's Paraguay star Miguel Almiron and Porto skipper Hector Herrera are rated contenders to replace the Wales midfielder, who is due to leave next summer.

RAM RUNS OUT OF GAZ

ARSENAL U-turned on offering Aaron Ramsey a new contract after chief executive Ivan Gazidis' move to AC Milan was confirmed, it has been reported.

The Gunners withdrew a four-year contract from the table after Gunners' chiefs and boss Unai Emery decided Wales midfielder Ramsey had not done enough to merit it.

AARON RAMSEY could join Manchester United in January with Juan Mata moving the other way – if dramatic new odds from bookies are to be believed.

Spain midfielder Mata's chances of the sensational switch went from 8/1 to 7/4 while Wales star Ramsey is 4/1 to make United only his second ever home in football.

STUCK IN THE MIDDLE

MATTEO GUENDOUZI is banned for Arsenal's match against Liverpool, which could be very good news for Granit Xhaka.

The Swiss international is set to return to the midfield after a disastrous game at left-back against Crystal Palace.

AARON RAMSEY has not been offered a new deal because Emile Smith Rowe is perfectly positioned to replace him.

If the youngster performs like he did against Blackpool then there is every chance that he could run the show in the Gunners midfield for years to come.

UNAI EMERY has revealed he used to be against his OWN TEAM, a new biography reveals.

The Arsenal boss had so little faith in one of the sides he used to play for that he would take a punt on the opposition.

TOO PRICEY TO CAIR

ARSENAL want to sign Fulham ace Tom Cairney but will likely be priced out of a move for the midfielder as financial constraints tighten on the north London club.

The Gunners have been on the look-out for homegrown talent but have often found themselves gawping at the price tag demanded for them.

The 19-year-old has caught the eye of the Spanish giants after playing regular first-team football for Liverpool FC in Montevideo.

ARSENE WENGER has told his Arsenal replacement Unai Emery: I’ve left you with a decent squad.

The Frenchman left the club six months ago after winning three league titles and seven FA Cup triumphs over 22 years in north London.

ARSENE WENGER says he will return to management in the New Year, but will only take charge of a club abroad.

The Frenchman described it as "a sin" to take over an English club straight away after 22 years at Arsenal.

PIERRE-EMERICK AUBAMEYANG was only allowed to join Arsenal because of bad behaviour at Borussia Dortmund.

The German side's former manager Peter Stoger laid into the Gabonese striker who made the switch to the Emirates last January.

PETR CECH will be given the chance to win his Arsenal number one jersey back from Bernd Leno tonight as the Gunners face Blackpool.

The Czech had been criticised for his inability to play out from the back and ultimately lost his place after going off injured against Watford.

ARSENAL have submitted an £8million bid for Ajax and Argentina defender Nicolas Tagliafico, according to reports.

It is understood the Gunners are keen to bring in the left-back in the new year as their injury crisis continues.