The Irishman submitted in the fourth round at the T-Mobile Arena as he failed to reclaim his lightweight title at UFC 229. 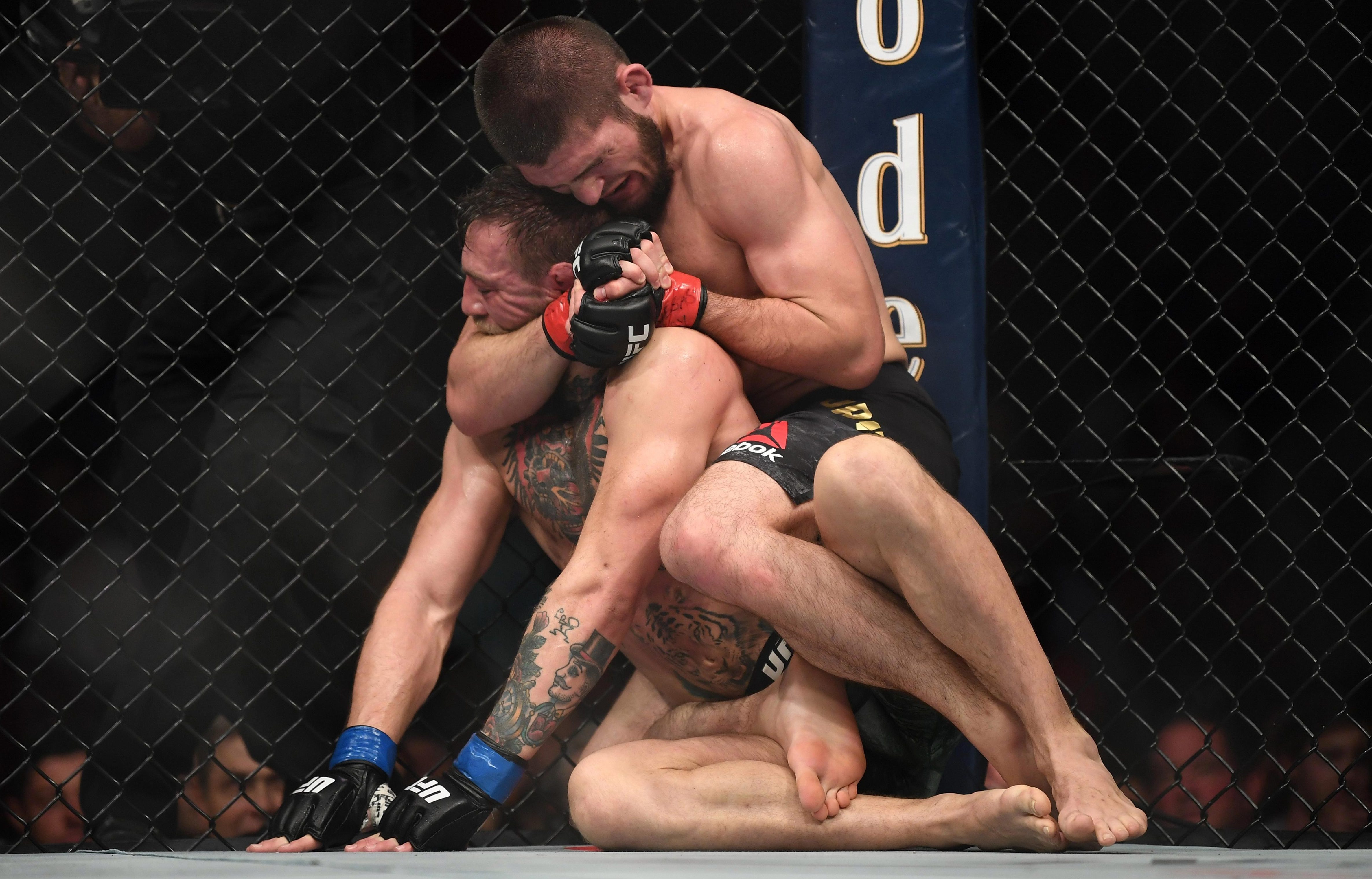 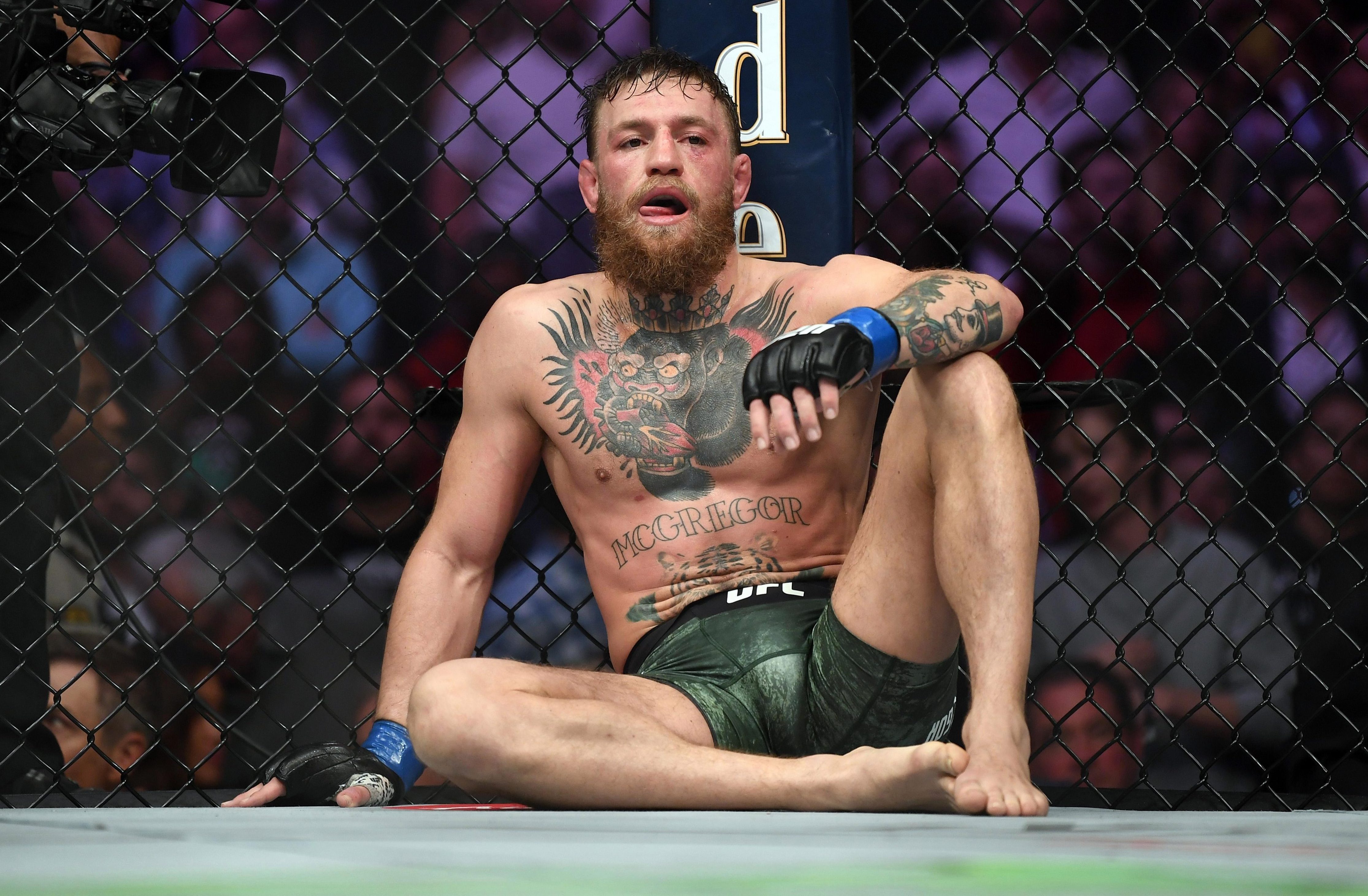 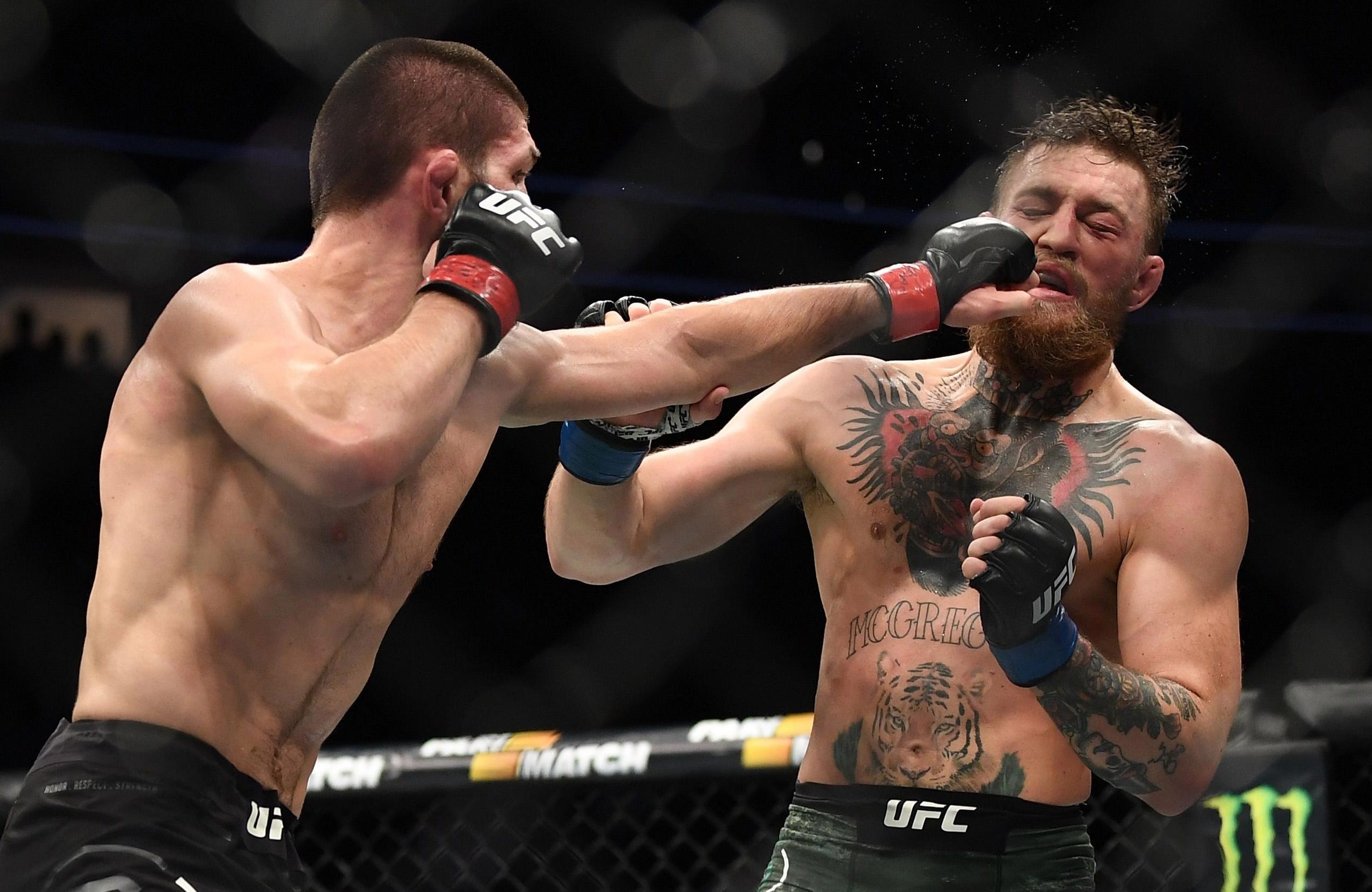 It was the 30-year-old's first appearance inside the Octagon in nearly two years, but he was second best against the fearsome Russian who controlled the bout in Las Vegas.

American rapper Curtis Jackson revelled in Khabib's victory, as he poked fun at the two-weight world champion following his defeat.

Uploading a picture to Twitter of McGregor looking defeated, he captioned the post: "This is when you regret throwing a chair in Brooklyn. LOL."

50 Cent was referring to the incident at UFC 223 in April when McGregor attacked Khabib's bus following an altercation between the unbeaten star and his team-mate. 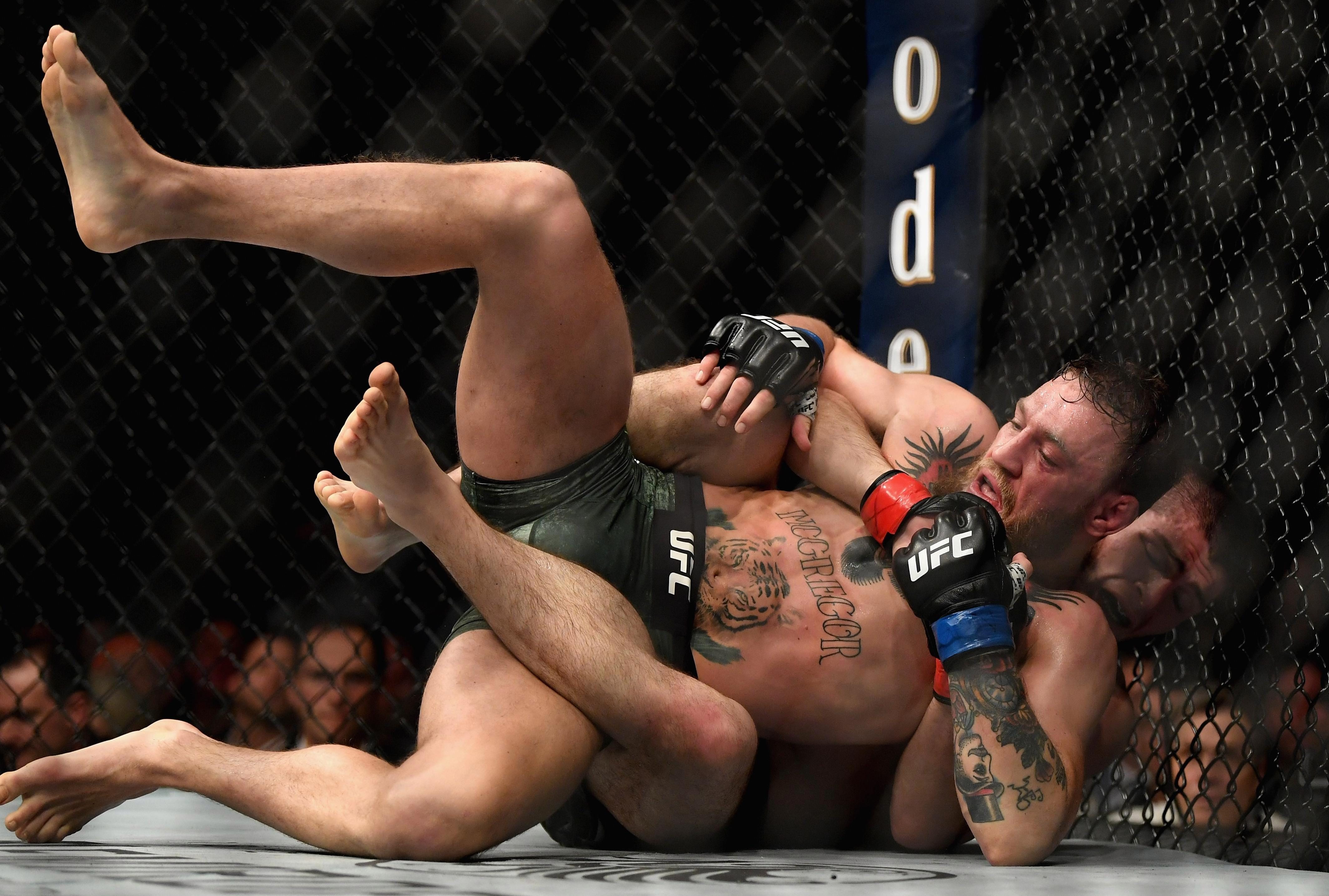 The Grammy-award winner later tweeted another image of McGregor being choked out, where he said: "Tap, Tap, Tap. Get the strap."

While the Irish ace was involved in a brawl with Khabib's team-mates Zubaira Tukhugov and Islam Makhachev inside the ring, though footage has revealed that he threw the first punch.

McGregor will not press charges over the incident, but has revealed he is keen on a rematch after the labelling the fight as a "good knock". 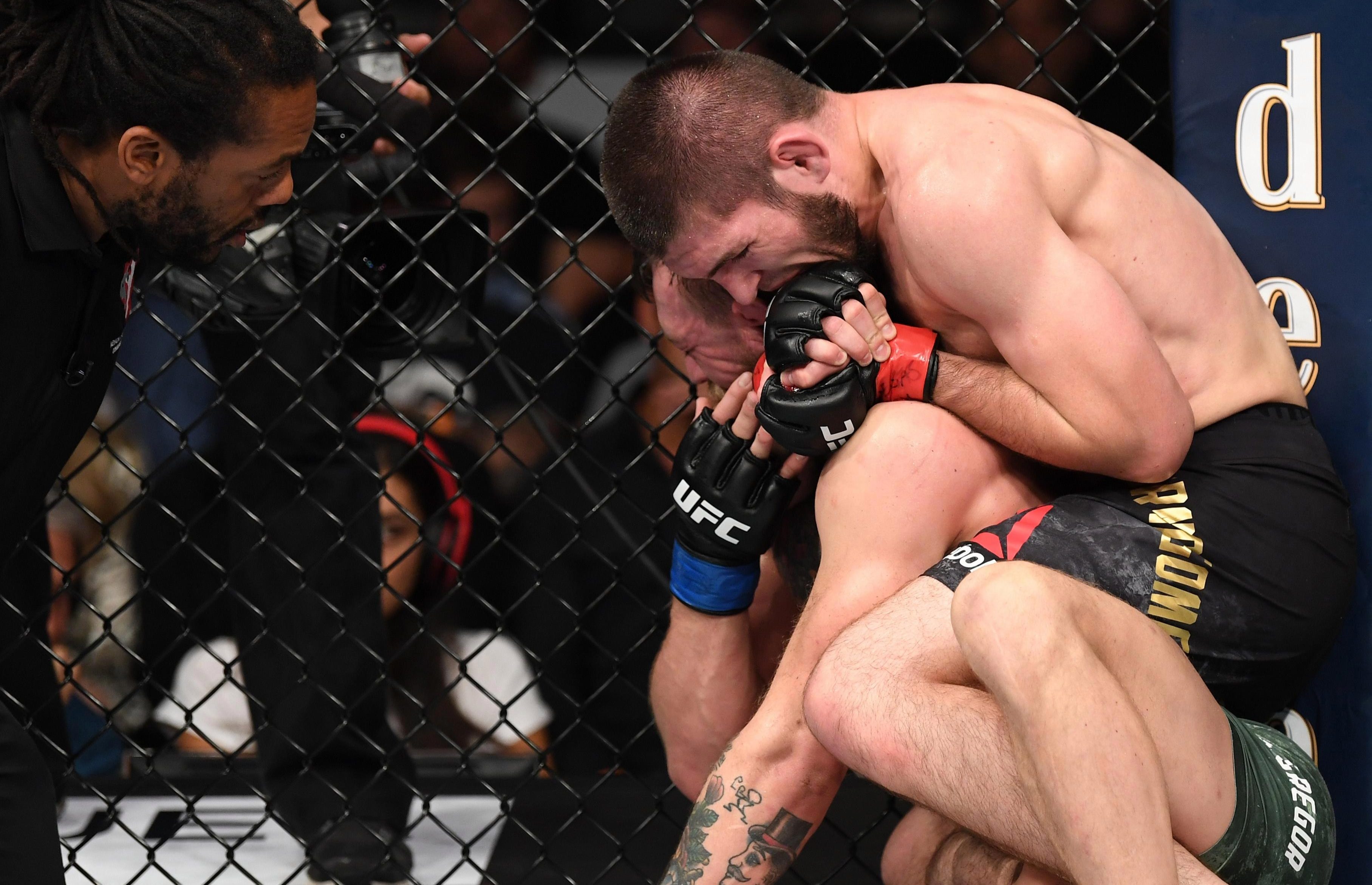 A fuming Dana White vented after the main event: "A lot of bad stuff, that should not have happened.

"All hell broke lose. I'm disgusted. I met with Conor and he's OK, he's upset about the fight.

"Three of his guys have been arrested and taken to jail. They made it clear the rivalry would not be over after the fight.

"I did not see that coming. We had so much security. God knows what is going to happen to Khabib.

"There is going to be a lot of repercussions."