Should the supervolcano lurking beneath Yellowstone National Park ever erupt, it could spell calamity for much of the USA. Deadly ash would spew for thousands of miles across the country, destroying buildings, killing crops, and affecting key infrastructure. Fortunately the chance of this occurring is very low.

Yellowstone houses a supervolcano, making it thousands of times more powerful than a normal-sized volcano.

This supervolcano has had three truly enormous eruptions in its long history.

There is little indication another super-eruption is due anytime soon – and it is even possible Yellowstone might never have an eruption on a similar scale again. 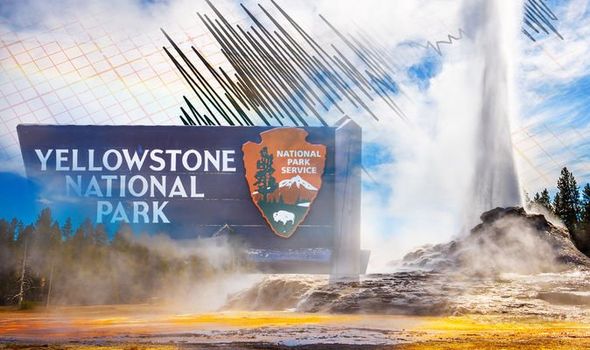 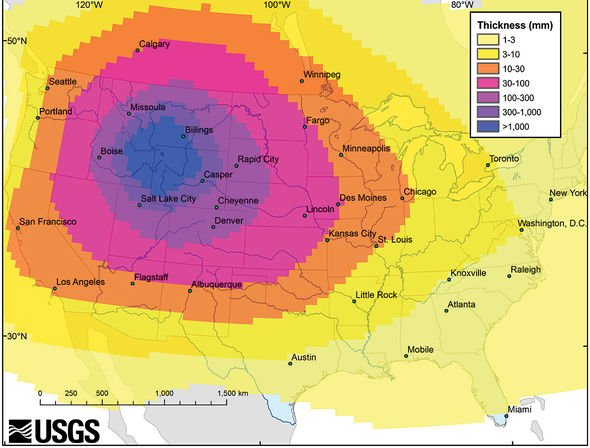 USGS researchers have calculated how such an enormous eruption would affect nearby regions in the short-term, meaning years to decades.

A statement on the USGS site reads: “Parts of the surrounding states of Montana, Idaho, and Wyoming that are closest to Yellowstone would be affected by pyroclastic flows, while other places in the United States would be impacted by falling ash.

“Such eruptions usually form calderas, broad volcanic depressions created as the ground surface collapses as a result of withdrawal of partially molten rock (magma) below.

“Fortunately, the chances of this sort of eruption at Yellowstone are exceedingly small in the next few thousands of years.

What is Yellowstone supervolcano?

The is fed by a huge plume of molten rock welling up from hundreds of miles below.

This heat fuels Yellowstone’s famed geysers and hot springs and as magma rises up into the chamber and cools, the ground above Yellowstone occasionally rises and falls. 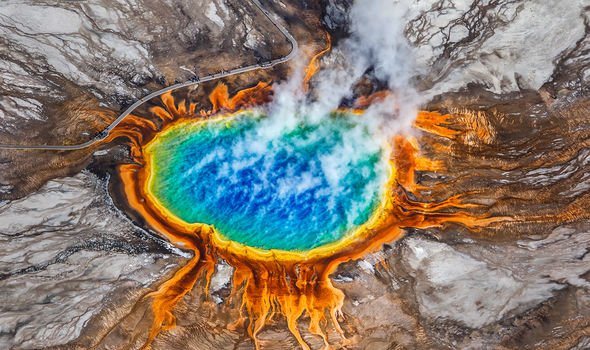 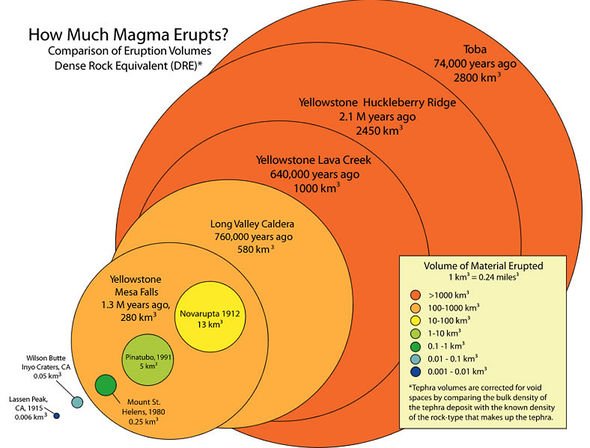 On rare occasions throughout history, the supervolcano’s magma chamber has erupted.

The overwhelming majority of those eruptions in Yellowstone have been smaller lava flows — with the last occurring at Pitchstone Plateau some 70,000 years ago.

The reason why Yellowstone receives so much media attention is the slim possibility of apocalyptic super-eruptions.

Such a super-eruption is anything that measures magnitude 8 or more on the volcano explosivity index, in which at least 240 cubic miles (1,000 cubic km) of material gets ejected – enough to bury the state of Texas five feet deep.