The caldera inside Yellowstone National Park is constantly monitored by the United States Geological Survey (USGS) for any changes that could suggest a supereruption is on its way. While it poses a significant threat in the event history repeats itself, the supervolcano has not experienced this most violent of eruptions in more than 640,000 years. One branch of the USGS’s research is monitoring hydrothermal explosion, which occurs when superheated water trapped below the surface of the Earth rapidly converts from liquid to steam, violently disrupting the confining rock.

More than 20 large hydrothermal explosions have occurred at Yellowstone, approximately one every 700 years and they can eject boiling water, steam mud and rock fragments over an area of a few metres up to several miles.

And geologist Robert Fournier explained the way he discovered how this system works during the ‘Inside USGS’ documentary.

He said: “It’s evolving and different people have different thoughts on what the heat source is and how it is changing.

“When I got to Yellowstone, we knew it was volcanic, but we weren’t even sure whether or not there was any magma left down there. 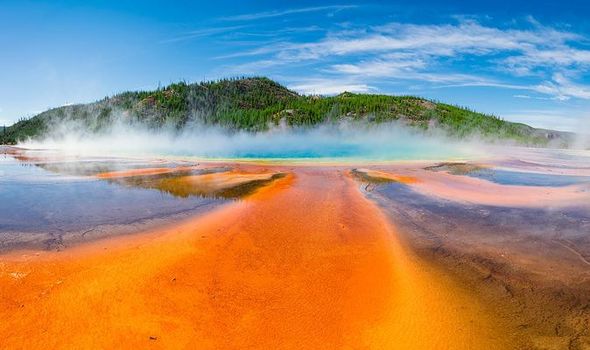 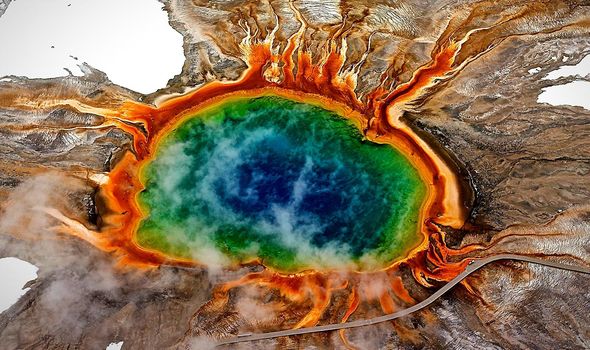 “So then the whole concept of what was going on came into focus.

“Very early on, the thought was that we had magma underlying the Yellowstone caldera at fairly shallow depth, underneath the whole caldera.

“Then I got interested in how deep the water might be going and so I teamed up with seismologist Mitch Pitt, and we began to look at how deep the earthquakes were.”

Dr Fournier went on to reveal how he discovered Yellowstone was different from other systems that were being studied at the time.

He added: “Bob Smith at Utah was doing similar work, so looking at very precise locations, Mitch and I determined that seismicity was only occurring within the caldera to a depth of about four to five kilometres. 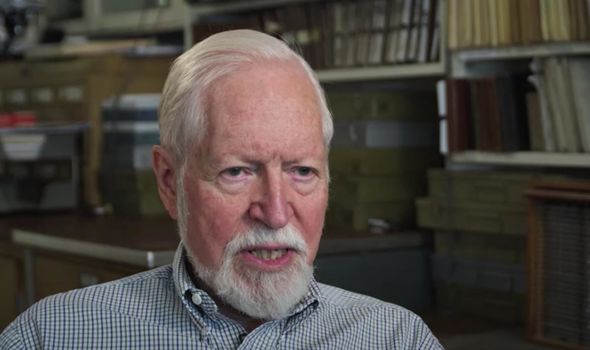 “So I reasoned that the water could not be going into the ground any deeper from the recharge then there’s seismic activity to keep things open.

“We were concerned about why there was a difference between what Don White had found at Steamboat Springs Nevada than what we had found in Yellowstone.

“I can only speculate about Steamboat because I have not worked there, but it was coming out of a granitic system and was not experiencing a great amount of seismic activity to keep things open.”

Dr Fournier detailed how they soon learnt more about the system below the caldera. 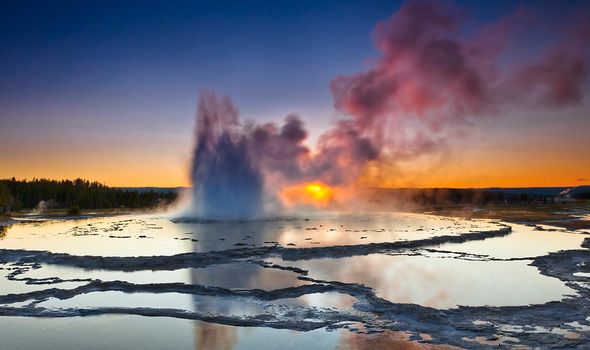 He added: “I think the early seismicity that opened up the hydrothermal system at Steamboat Springs had opened up fractures in the rock but the system was not so hot that there was a lot of movement of hot waters from underground.

“So it wasn’t getting much hotter than about 200C to 210C at Steamboat, so it wasn’t picking up enough silica to stop things up.

“So even though the seismicity may have occurred a long time previously, it was remaining open.

“For that reason, water was able to get out of the system fairly readily without depositing a lot of silica.

“At Yellowstone, it was just the reverse, the permeability and the recharge path was kept open by deep seismicity, which was opening up things and a large amount of silica in the water was stopping the flow out the system.” 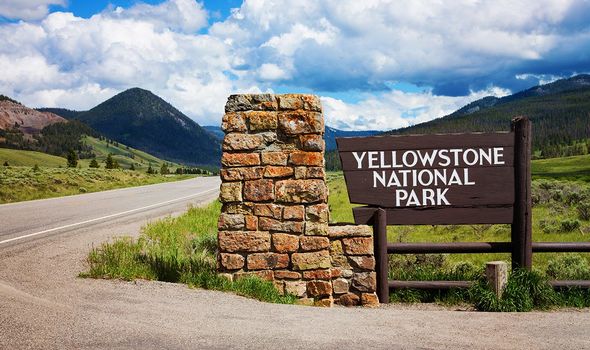 The park’s hydrothermal system would not exist without the underlying partially molten magma body that releases tremendous heat.

Its system also requires water, such as groundwater from the mountains surrounding the Yellowstone Plateau, where snow and rain penetrate through the rock.

The water’s temperature rises well above the boiling point but remains in a liquid state due to the great pressure and weight of the overlying water.

The result is superheated water with temperatures exceeding 200C.