The caldera gets its nickname due to its ability to inflict global devastation during its most violent eruption – something that has happened three times in the past – 2.1 million years ago, 1.3 million years ago and 640,000 years ago. The system is constantly monitored by the United States Geological Survey (USGS) for any changes and there has not been a major eruption in 70,000 years. Despite this, there have been many unsupported claims over the years that the supervolcano is “overdue” an eruption – something Dr Poland addressed recently.

And now he has returned to explain why supereruptions are not the only activity experts are looking out for.

He said: “This month I thought we’d try to debunk another misconception – that if Yellowstone were to erupt, it would be Armageddon, that only explosive eruptions are possible.

“And that’s just not true.

“In fact, the most common form of activity at Yellowstone is a lava flow, and even those aren’t that common. 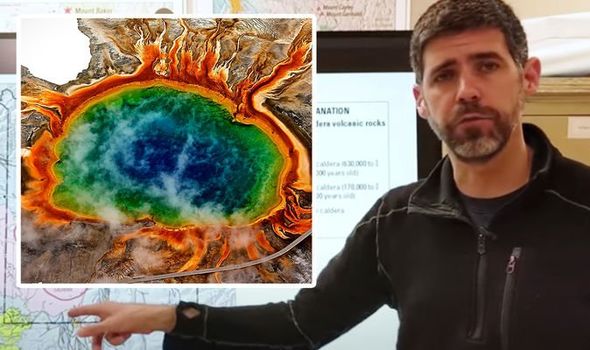 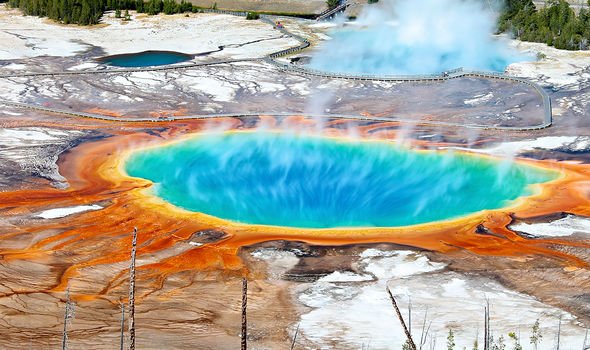 “They happen only once every few tens of thousands of years.

“Now, the last big explosive eruption at Yellowstone was 631,000 years ago and resulted in the caldera that you see outlined in red here.”

He added: “Since that time, there have been about 20 or more lava flows that have occurred in the caldera region.

“Now these lava flows are very thick, pasty rhyolite flows, not like what you’d see in Hawaii.

“Not those very fluid flows. These are very thick flows that don’t move very quickly, but they are huge. 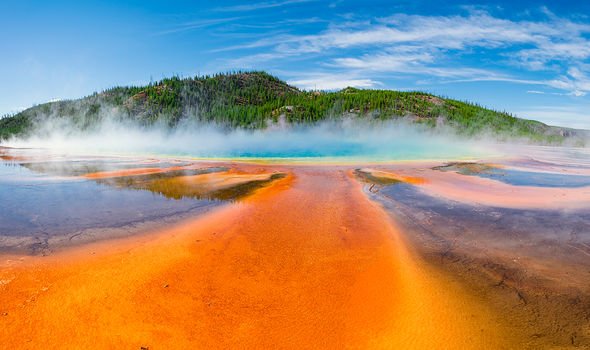 “And they occurred in two episodes in Yellowstone – after the big caldera-forming explosion.

The expert went on to pinpoint where other activity can be observed in Yellowstone park.

“That gave you these orange lava flows here, one in the Canyon area and then one over here on the west side of the caldera.

“And then there was a much more voluminous period of lava flow activity from about 170,000 years ago to 70,000 years ago, that resulted in all the pink lava flows you see here. 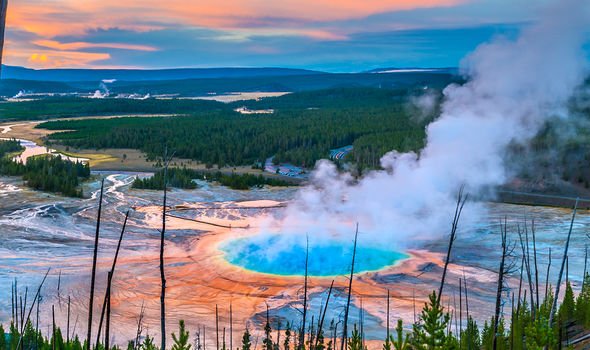 “The youngest is right down here in the southwest corner of the park, and that’s the Pitch Stone plateau flow.

“Now this is a view of Madison Junction – looking off to the north.

“Here’s the caldera rim, and these big plateau areas that you see in the foreground are actually these really thick lava flows.”

Still, the expert said this activity is not common.

He continued: “They can have flow fronts that are basically cliffs that are 450 feet tall. 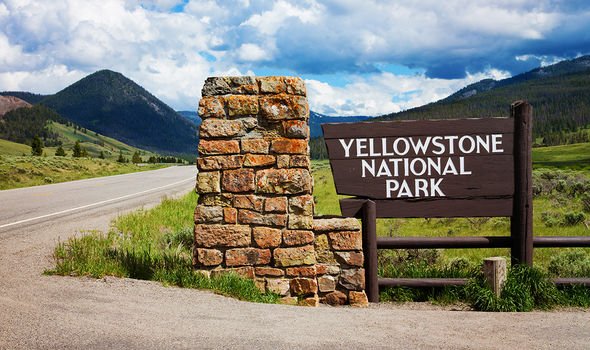 “In fact, if you stand in the Old Faithful area, that’s what you’re seeing all around you are some of these really great big lava flows.

“And if you want to see into the guts of these lava flows, go to the Grand Canyon of the Yellowstone.

“So lava flow activity at Yellowstone is much more common, but still not super common.

“Much more common than explosive eruptions, but still somewhat rare, the last one being about 70,000 years ago.”