The Yellowstone caldera, which lurks beneath the first-ever US national park, gets its chilling nickname as a supervolcano due to its ability to inflict devastation on a global level. Located below the states of Wyoming, Montana and Idaho, the supervolcano is constantly monitored by the USGS (United States Geological Survey) for signs that a supereruption is on its way. While most of these incidents are nowhere near the levels needed to trigger an eruption, the 1959 Hebgen Lake earthquake that occurred on August 17, 1959, was a different story.

The 7.5 magnitude quake caused massive damage, including 28 fatalities and a considerable £9million (£200million today) in repairs to highways and timbers.

In 2012, the US Forest Service shared a video on YouTube detailing the traumatic series of events through an animation.

The narrator said: “Just before midnight on August 17, 1959, one of nature’s most terrifying forces was unleashed in this narrow canyon.

“An earthquake measuring 7.5 on the Richter scale jolted the ground, at the time, it was the fourth-strongest quake ever recorded in the United States. 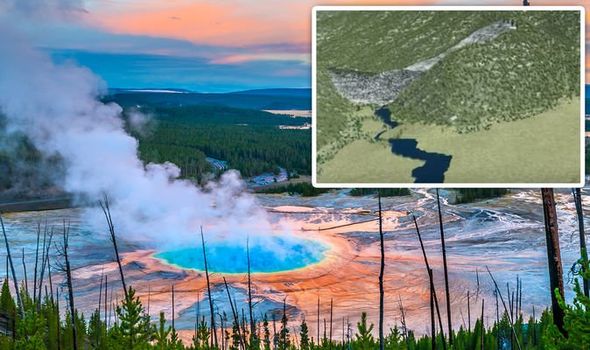 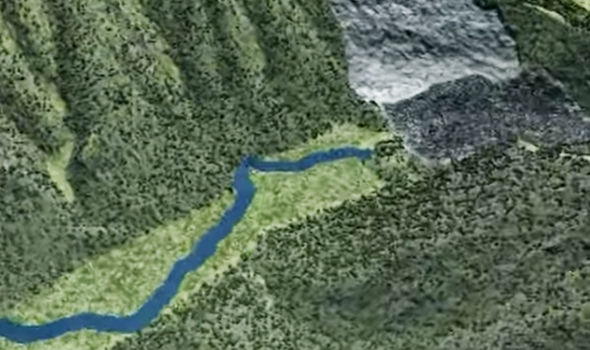 “This computer animation shows the sequence of events that happened under the cover of darkness.

“First, at the epicentre of the quake, the Red Canyon and Hebgen Lake Fault lines cracked and dropped 20 feet or more.

The documentary went on to describe the destruction of some of the campsites.

It added: “Within seconds, the earthquake dealt its most damaging blow, just at the point where the canyon drops into the plains, a massive block of canyon wall sheared off and slid with astonishing speed and force into the Maddison River and halfway up the opposite canyon wall.

“The section of rock, three-quarts of a mile wide, hit the river like a platter dropping into a pan of water. 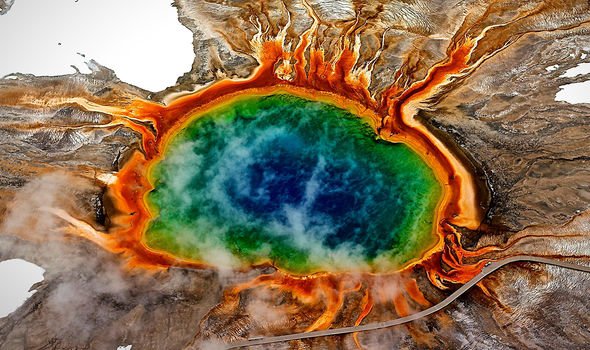 “The landslide displaced water in every direction, instantly, the slide dammed the river and water began to build-up behind the slide forming Earthquake Lake.

“At the same time this was happening, upstream another disaster was in the making.

“Hebgen Lake, created in 1915 when the Hebgen Dam was built, was sloshing over its banks, like water in a pale.”

This landslide caused huge amounts of water to saturate anyone camping in the nearby area.

The series continued:  “When the north side of the lake dropped some 20 feet, huge waves called seiches were formed.

“They overtopped the dam, washing into the river downstream. 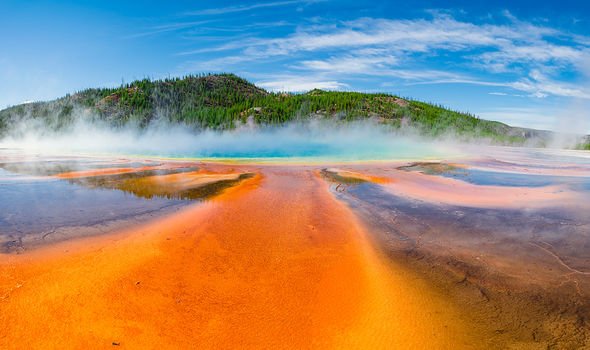 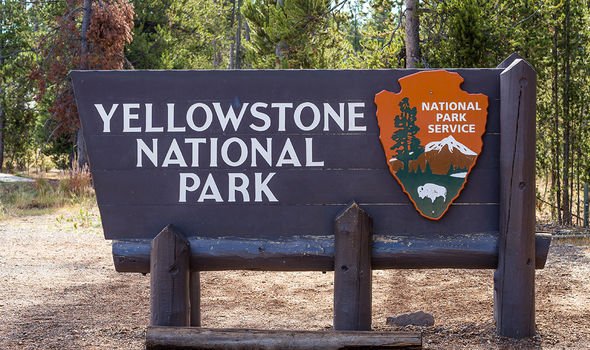 “The first panic reports from the canyon included the dreadful news that the Hebgen Dam had failed.

“If true, a massive wall of water would have blown out the slide down the river and wreaked havoc on the downstream communities.

“Fortunately these reports were false, but all the destruction happened in seconds and the scars still remain over 40 years later.”

The documentary went on to describe the sheer panic of those trying to escape as well as the people who lost their lives as a result.

It concluded: “The Hebgen Lake Earthquake struck on a calm, clear, moonlit night at the peak of the tourist season in Yellowstone.

“That night, at least 18,000 people were in the park and around the region, campgrounds and local motels were filled to capacity.

“The quake rocked the land so violently that travellers awoke to sheer terror, many hearing the roar of the rockslide, the crashing of the huge waves and the rumbling of car-sized boulders tumbling off the canyon walls.

“As Earthquake Lake quickly began to fill, frightened campers had to flee for their lives, but the road they had driven in on was now cracked into pieces.

“While the ground shattered with aftershocks, about 250 survivors were forced to scramble uphill away from the rising water.

“28 people never made it out alive, 19 bodies were never found, five frowned west of the slide area, two died at the Bozeman hospital and two were crushed by a boulder at Cliff Lake campground.”