The bill, which would provide $52billion (£43billion) in subsidies to US chip makers, passed a House and Senates vote last week. While it may take some time before the semiconductor shortage gets eased, the Chips and Science Act looks set to boost US competitiveness in the global chip market and could help the US fly ahead of China in this domain. Mr Biden is now expected to sign off the bill into law, to slash reliance on Chinese manufacturers which have been holding a tight grip on the market.

A semiconductor chip is an electric circuit forming a crucial component of wide range of technological devices, ranging from 5G tech, to computers, cars and gaming hardware.

Zachary Collier, an assistant professor at Radford University, said: “Increasing domestic manufacturing capacity is an important step toward building a secure and trusted end-to-end semiconductor ecosystem, which is needed to support space, defence, critical infrastructure, and many other sectors.”

But the global industry was dealt a blow when the pandemic battered production lines and sparked major supply chain disruptions, triggering a shortage.

But while nations were struggling to boost their control of the chip market amid a tough period, China’s industry grew as it captured 9. percent share of the global semiconductor market in 2020. 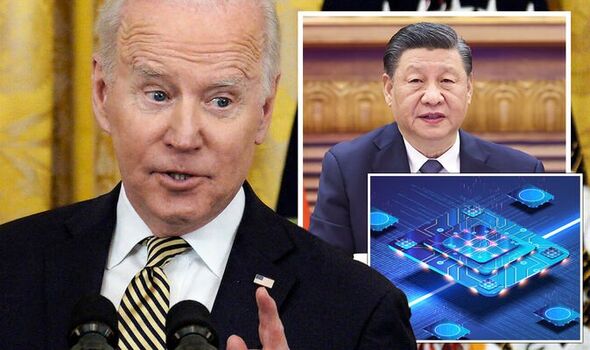 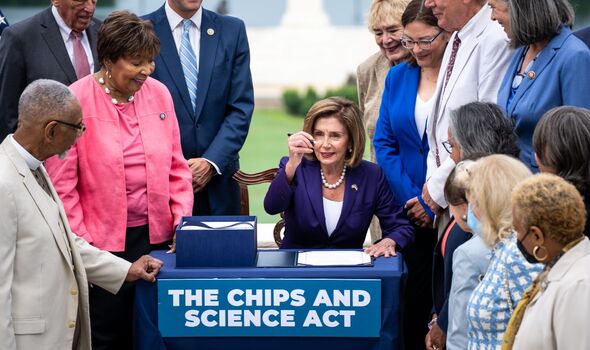 And last year, figures show China had 12 percent of the world’s capacity.

And while China’s market is growing, the US’ has been hit with decline.

As China has been ramping up its own domestic production, experts warned that buyers could eventually rely on China for a lot of the basic chips currently in short supply.

But now, the US could return to its former highs and prevent China from holding this grip on the market by ramping up its own domestic production. 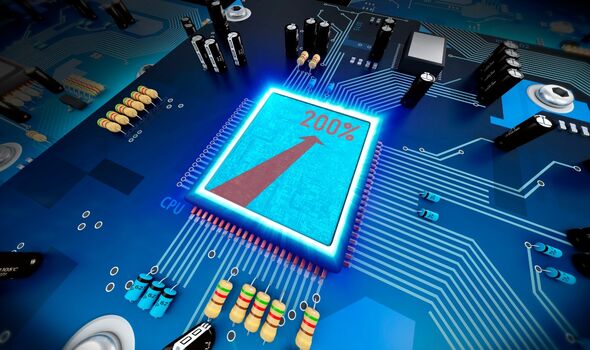 Backers of the bill include Intel and Global Foundries, which argues it is necessary because other nations already subsidise their semiconductor industry.

Intel is planning to build a $20billion (£16billion) chip plant in the US state of Ohio, and appears eager for Government assistance.

And Washington has earmarked $39billion (£32billion) to provide direct financial assistance to companies building chip manufacturing plants in the US.

Last month, Commerce Secretary Gina Raimondo warned that the bill is crucial for the US’ chip market.

She said: “Mark my words, if Labor Day comes and goes and this isn’t passed by Congress, companies will not wait, and they will expand into other countries. 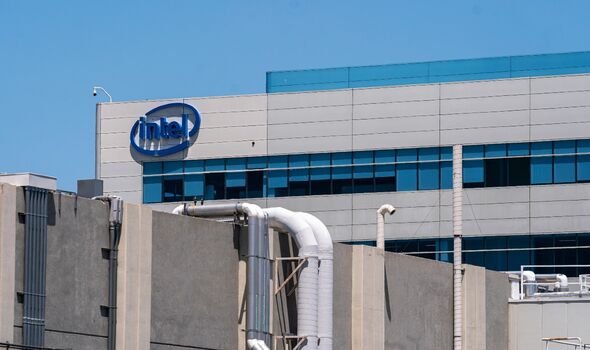 And other voices in the technology have stressed the importance of the bill too.

Maryam Rofougaran, CEO of 5G startup Movandi, said: “As the CEO of a 5G chipmaker, I know firsthand how critically important it is to have stable, reliable manufacturing partners and a resilient supply chain.

“Making chips in the U.S. will help the companies get them consistently and it will create good-paying jobs which is good for the economy.”

While the UK is not as big a player in the chip industry as the US or China, Britain has still developed strong as reputation as one of the world-leading nations for semiconductors.

Simon Beresford-Wylie, CEO of Imagination Technologies, says: “The UK has a long and successful history in the chip industry, with global players such Imagination, Arm and Graphcore being founded here. The recent global shortage has highlighted just how crucial the chip industry is, but also just how concentrated it is when it comes to manufacturing, with the majority taking place in the US and Asia.”