The successor to the Xbox One has finally been unveiled by Microsoft after months of waiting.

Called the ‘Series X’, it will be the most powerful console ever released, Microsoft claims.

It ends six months of purgatory for avid gamers, following the tantalising announcement of ‘Project Scarlett’ in the summer.

A price was not revealed but it was stated that the console will be available to buy in late 2020. 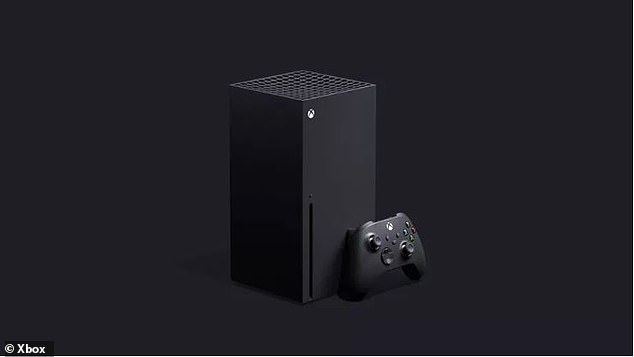 The successor to the Xbox one has finally been unveiled by Microsoft after months of waiting. Called the ‘Series X’ it will be the most powerful console ever released, Microsoft claims

Only a handful of details are currently available for the Xbox Series X, unveiled at The Game Awards 2019 in Los Angeles.

It will stand on its end, making it resemble a computer tower more than the traditionally flat Xboxes of the past.

Microsoft also claims it will be more powerful and faster than previous models.

It will also be quieter and more efficient than its predecessor.

The wireless controller will be changed as well, in order to ‘accommodate an even wider range of people’.

The controller will also have a new Share button for capturing and distributing game-play footage.

It will launch with two playable games, at least.

Halo infinite will be accompanied by Senua’s Saga: Hellblade II.

The console will launch in late 2020.

The announcement was made on-stage at The Game Awards 2019 in Los Angeles and reveals the Series X will see a shift away from the traditional Xbox aesthetic.

Xbox has moved to a taller cuboid design – a stark contrast to the flat box of previous consoles. Microsoft is promising a better performance than ever ahead of its release late next year.

Writing in a blog post on the new console, Xbox boss Phil Spencer said: ‘Xbox Series X will be our fastest, most powerful console ever and set a new bar for performance, speed and compatibility, allowing you to bring your gaming legacy, thousands of games from three generations and more forward with you.

‘Its industrial design enables us to deliver four times the processing power of Xbox One X in the most quiet and efficient way, something that is critically important in delivering truly immersive gameplay.

‘We also designed Xbox Series X to support both vertical and horizontal orientation. It’s bold and unique, very much like our fans around the world and the team of collaborators and innovators who built it.’

The console will come with a new wireless controller, which Xbox said had been ‘refined’ to fit more people’s hands comfortably.

Mr Spencer added: ‘Its size and shape have been refined to accommodate an even wider range of people, and it also features a new Share button to make capturing screenshots and game clips simple.’

Microsoft’s Xbox Series X will also include Auto Low Latency Mode (ALLM) and Dynamic Latency Input (DLI) which will ‘make Xbox Series X the most responsive console ever’, according to the company.

The Series X will launch with the latest instalment of the Halo franchise, Halo infinite, as previously stated.

But Xbox also announced another game will be available for the console’s launch on stage last night. 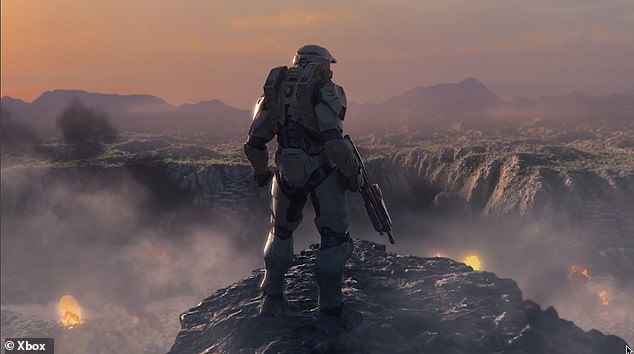 The console will launch in late 2020 with two games; Halo Infinite and Senua’s Saga: Hellblade II 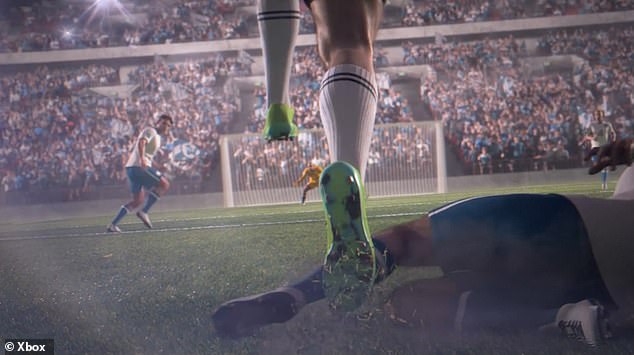 Only a handful of details are currently available for the Xbox Series X, unveiled at The Game Awards 2019 in Los Angeles where various pieces of game-play were teased along with ta first-look at the console

‘The footage shared tonight was captured in-engine and reflects the power of Xbox Series X available to developers to deliver new universes, experiences and games in ways you have never imagined,’ Mr Spencer said.

Xbox said the new console will run games at 4K resolution – double that of HD – with the possibility of running 8K resolution, and will also process faster so as to ‘eliminate’ loading times around games.

The end of 2020 will be a busy time for the gaming industry, with fellow industry heavyweights Sony set to launch its own next-generation console, the PlayStation 5.