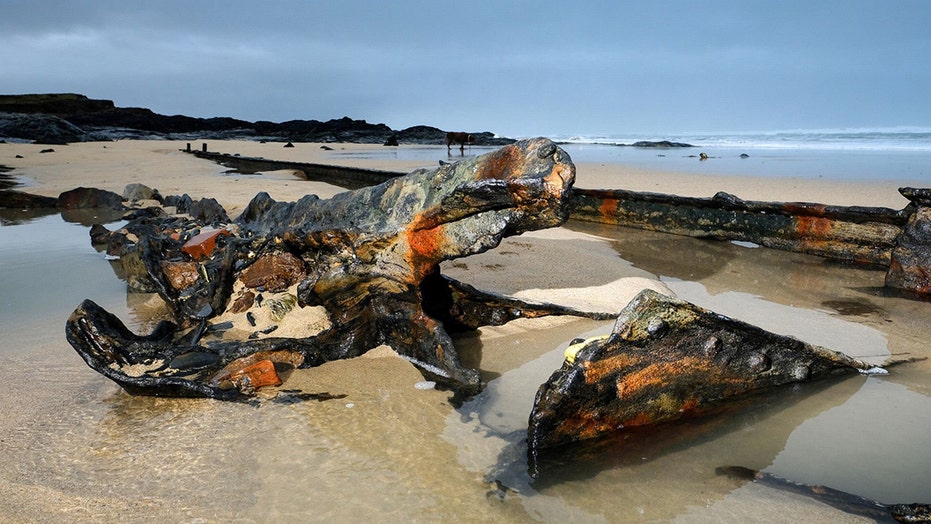 The wreck of a German ship from World War I has been uncovered after a recent storm came through Cornwall, England, and unearthed it.

Known as the SV Carl, the ship was seen for approximately one hour at Booby’s Bay near Padstow, Cornwall, British news agency SWNS reports. Most of the exposed wreck is the metal structure of the ship, but there are still remnants of timber submerged in tidal pools along the beach.

The ship was being towed by the Royal Navy on Oct. 7, 1917, when it got stuck on a reef, SWNS added, reporting it was supposed to be destroyed for scrap metal prior to it being broken up. 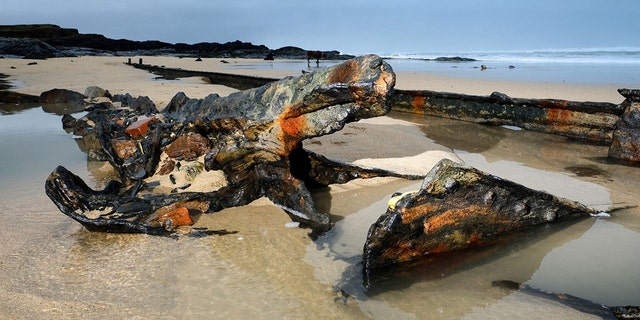 A First World War German shipwreck has been uncovered by recent storms at a Cornish beach more than a century after it became stranded on a reef while being towed by the Royal Navy. (Credit: SWNS)

"The Carl went aground on the outer reef. Two Admiralty tugs came from Devonport to try to refloat her," Royal Navy Lieutenant Commander Langford wrote in a 1966 letter to the British magazine Padstow Echo.

Langford, who recanted his mother's eyewitness account of the Carl coming aground to Booby's Bay, added that they got the ship off the reef, but "as soon as they had done so, the towing hawser on each tug parted, Carl went ahead out of control and grounded on the inner reef."

He continued: "She was there examined by salvage experts … who found no damage whatever to the hull. The Admiralty tugs therefore had another try to tow her off, but once more both ship’s towing harnesses parted. Carl broke her back and became a total loss. But for the unusual misfortune of both towing hawsers parting on two successive attempts Carl would in all probability have been salvaged."

The SV (Sailing Vessel) Carl was originally built in Maryport, Cumbria in 1893 and eventually impounded at the start of the war in 1914, due to it being a German ship registered in the Cardiff docks. It was suspected that the ship was an enemy minelayer, but it was never proven. 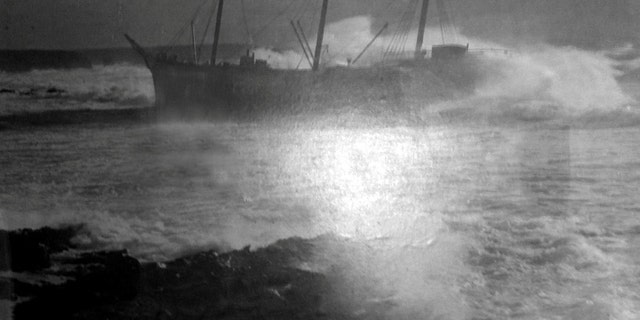 Archive photo of the wrecked SV Carl when it was beached at Booby’s Bay, Cornwall. (Credit: SWNS)

The Carl was declared a loss after it broke up on the rocks more than 100 years ago, but there were some parts deemed salvageable. Eventually, what was left of the hull was covered in sand, buried until recently.

SWNS reports the sand has started to cover the shipwreck once again.

MIRACLE PENNY THAT SAVED WWI SOLDIER'S LIFE TO GO UP FOR AUCTION: 'NEVER SEEN ANYTHING LIKE THIS BEFORE'

In January 2019, a German submarine from World War I was unearthed in Northern France, more than a century after it sank. 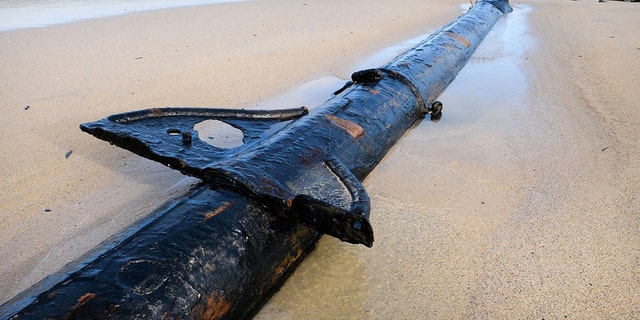 102 years after it declared a total loss, the metal ribs of the 60ft steel-hulled SV Carl began emerging from the sand just before Christmas. (Credit: SWNS)

More than 17 million people, military and civilian, lost their lives in World War I. The U.S, which entered the war on April 6, 1917, lost more than 116,000 service members in the conflict.