The long-lost USS Nevada served more than 30 years in the US Navy and survived both world wars including the attack on Pearl Harbour. After being decommissioned on August 29, 1946, it was sunk for naval gunfire practice on July 31, 1948.

The location was forgotten about and for 72 years the USS ship seemed lost in its watery grave.

But thanks to archival research and underwater technology, the vessel was located 65 nautical miles southwest of Pearl Harbour off the coast of Hawaii at a depth of over 15,400 feet.

Marine archeologists from SEARCH and Ocean Infinity, which has a vessel with maritime survey equipment in the area where the Nevada was sunk, partnered together last month to search for the last ship.

After the ship was found, operators aboard the Ocean Infinity vessel Pacific Constructor deployed autonomous underwater vehicles who surveyed a 100-square-mile area of the seafloor. 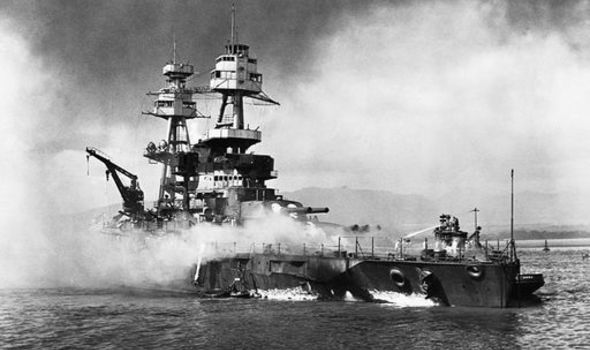 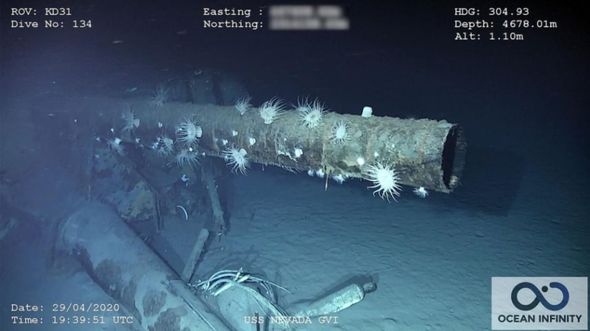 They recorded several images in real time which were beamed back to SEARCH’s Florida office.

After being reviewed by SEARCH archaeologists, the team believed there was evidence to suggest a second torpedo could have brought the ship down.

The USS Nevada was named after the nation’s 36th state and was launched in 1914.

The ship had triple gun turrets, oil in place of coal for fuel and geared steam turbines. 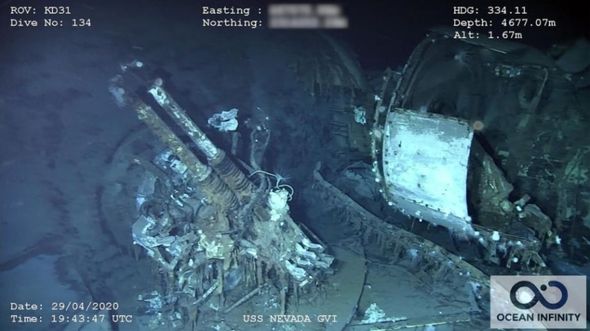 In WWI, she was based in Bantry Bay, Ireland to protect supply convoys sailing to and from Great Britain.

Meanwhile, in WWII, on December 7, 1941 in the attack on Pearl Harbor, USS Nevada was the only battleship to get underway.

But having been struck by five bombs, she finally sank in nearby shallow waters.

During this action 60 of her crew were killed and 109 wounded. 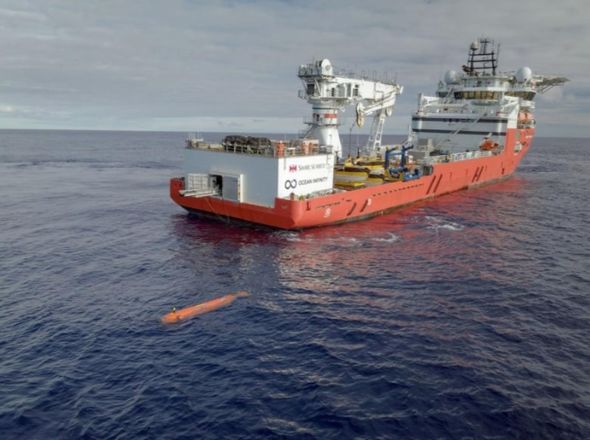 Following salvage operations she soon re-joined the war effort, sailing to Britain to take part in the D-Day landings, amongst other European operations.

She then sailed to the Pacific, arriving off Iwo Jima in February 1945 and played an important part in the invasion of Okinawa.

After WWII, USS Nevada was assigned to be a target ship in the first Bikini atomic experiments in 1946, which she survived before being decommissioned. 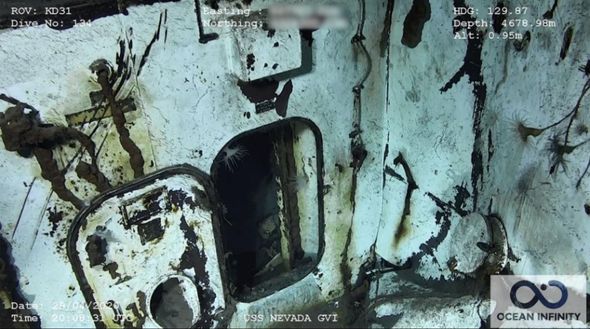 “Rising from its watery grave after being sunk at Pearl Harbor, it survived torpedoes, bombs, shells and two atomic blasts.

“The physical reality of the ship, resting in the darkness of the great museum of the sea, reminds us not only of past events, but of those who took up the challenge of defending the United States in two global wars. 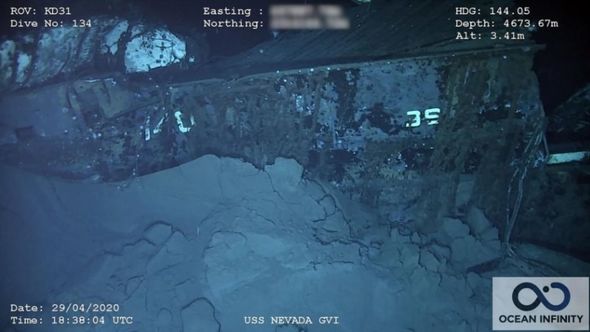 “This is why we do ocean exploration to seek out these powerful connections to the past.”

Retired Rear Admiral Samuel Cox, Director of the US Naval History and Heritage Command Centre, said: “We are greatly appreciative to Ocean Infinity and Search Inc. in relocating and providing information on an extremely historic vestige of our nation’s past.

“Nevada is an unambiguous reminder of our Navy’s heritage of resilience.”