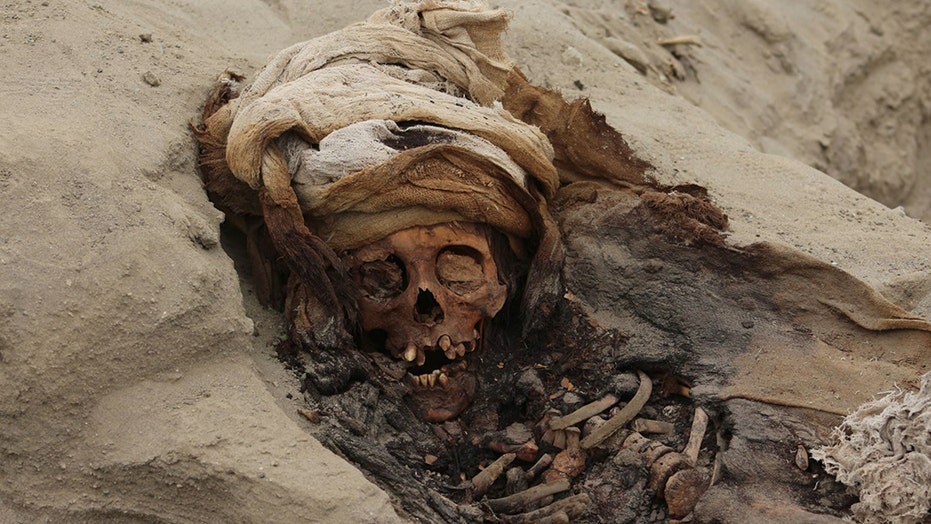 The centuries-old remains of more than 200 children have been discovered in Peru, according to reports. Experts say that the macabre discovery is likely the world’s largest child sacrifice site.

“This is the biggest site where the remains of sacrificed children have been found,” the excavation’s chief archaeologist, Feren Castillo, told AFP.

The children, who were aged between four and 14, were reportedly sacrificed to honor the gods of the pre-Columbian Chimu culture. Killed during wet weather and buried facing the sea, experts think that the children were sacrificed in relation to an “El Nino” event. 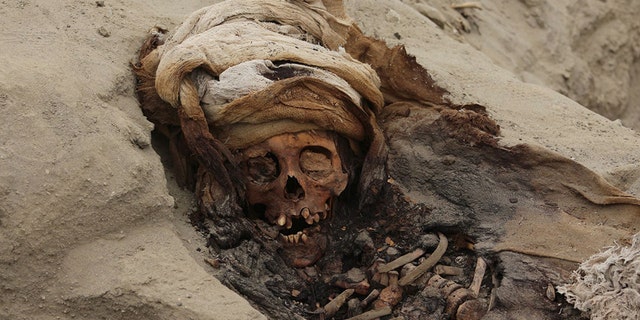 The grisly remains of more than 200 children and warriors were found at Huanchaco in Peru.
(Luis Puell/Programa Arqueologico Huanchaco)

El Nino is a weather pattern where parts of the Pacific periodically get warmer. “The warmer tropical Pacific waters cause changes to the global atmospheric circulation, resulting in a wide range of changes to global weather,” explains the National Oceanic and Atmospheric Administration on its website.

Andina reports that the remains at Huanchaco have been dated to the 13th to 15th centuries. The Chimu civilization was conquered by the Inca in the 15th century.

Other sacrificial sites in Peru have revealed their secrets. In April 2018, the remains of more than 140 children and over 200 llamas or alpacas were found at a 15th-century ritual sacrifice site at nearby Huanchaquito-Las Llamas. Radiocarbon dating indicated that the remains are from around 1450 A.D., a time when Huanchaquito-Las Llamas was part of the Chimu culture. 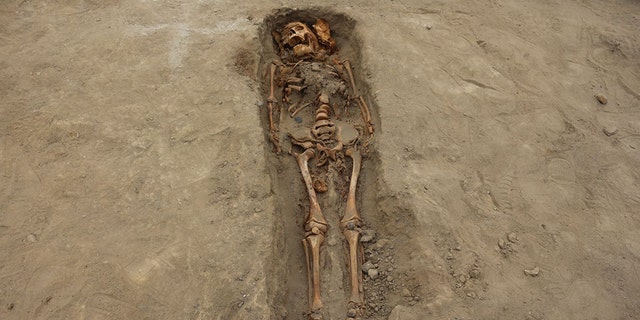 The site at Huanchaco was once part of the Chimu civilization, which was conquered by the Inca in the 15th century. (Luis Puell/Programa Arqueologico Huanchaco)

The grisly location is near the UNESCO world heritage site of Chan Chan.

In a separate project, experts in Chile have shed new light on how the Inca civilization used “trophy heads” to maintain control over conquered peoples.

At its height in the 16th century, the Inca Empire spanned modern-day Peru, as well as parts of Bolivia, Ecuador and Chile. 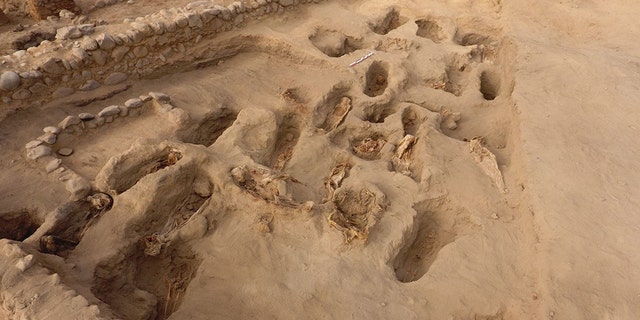 Experts believe that the ritual sacrifices are related to an an “El Nino” event.
(Luis Puell/Programa Arqueologico Huanchaco)

Other grisly sacrificial sites have also been uncovered recently. A vast array of skulls buried beneath the streets of modern Mexico City, for example, have offered a chilling glimpse into Aztec human sacrifice.

LiveScience reports that hundreds of Mayan artifacts that may have been used in ritual animal sacrifices have been discovered at the bottom of a Guatemalan lake. 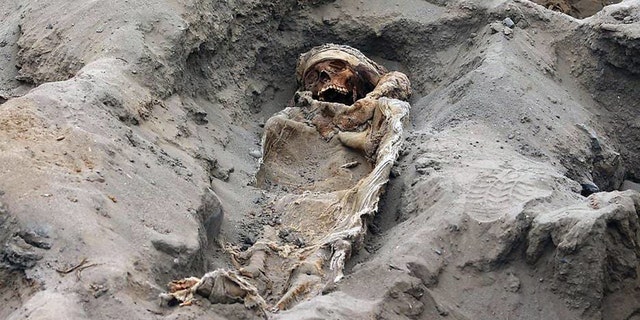