Women who experience more stress around the time of conception are twice as likely to give birth to a GIRL, study finds

Women are twice as likely to give birth to a girl if they experienced more stress around the time of conception, a study has found.

Researchers from Spain recorded the levels of the stress hormone cortisol in the hair of 108 women from around week nine of their pregnancy through to delivery.

Each hair measurement covered the cortisol levels for the preceding three months — meaning the first one taken covered the period prior to and including conception.

The findings confirm that foetuses are vulnerable to the effects of maternal stress and that such can play a key role in their development. 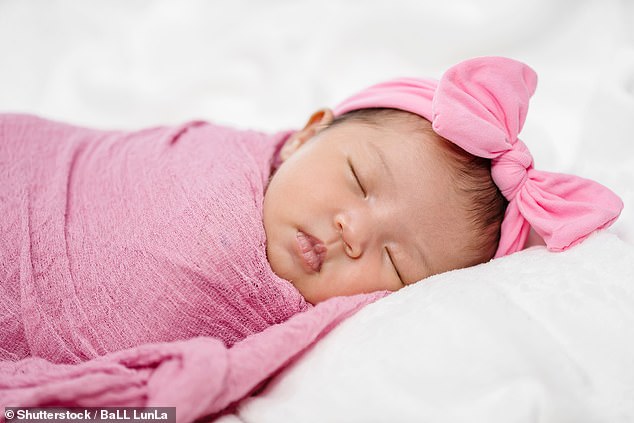 Women are twice as likely to give birth to a girl if they experienced more stress around the time of conception, a study has found. Pictured: a newborn baby girl

‘The results we found were surprising,’ said paper author and psychologist María Isabel Peralta-Ramírez of the University of Granada.

‘They showed that the women who had given birth to girls presented higher concentrations of hair cortisol in the weeks before, during, and after the point of conception than those who had boys.’

The findings add to mounting evidence that stress experienced by mothers around the time of conception and during gestation can have an impact on the nature of the pregnancy, birth and even infant neurodevelopment.

‘Our research group has shown in numerous publications how psychological stress in the mother generates a greater number of psychopathological symptoms during pregnancy,’ said Professor Peralta-Ramírez.

Stress, she added, can also trigger ‘postpartum depression, a greater likelihood of assisted delivery, an increase in the time taken for lactation to commence, or inferior neurodevelopment of the baby six months after birth.’

This study, the team explained, is one of few that has shown the impact of stress felt during and even before conception — rather than than just the psychological stress experienced during pregnancy. 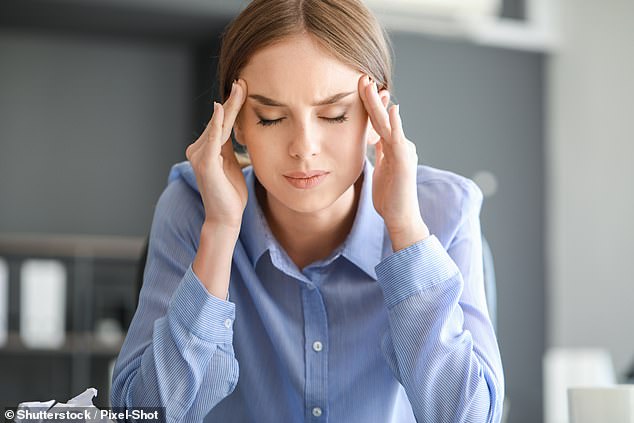 The findings add to mounting evidence that stress experienced by mothers around the time of conception and during gestation can have an impact on the nature of the pregnancy, birth and even infant neurodevelopment. Pictured: a young woman experiences stress

According to the researchers, it is possible that their findings could be explained by the body’s ‘stress system’ modifying the concentration of sex hormones at the time of conception, but how exactly this would work is not clear.

Alternatively, the team explained, there is also evidence that sperm carrying the X chromosome — and therefore the capacity to conceive a female foetus — are better able to pass through the cervical mucus in circumstances of adversity.

‘There are other possible hypotheses that attempt to explain this phenomenon,’ explained Professor Peralta-Ramírez.

‘Among the strongest theories is the idea that there are more terminations of male foetuses on medical grounds during the first weeks of gestation in situations of severe maternal stress,’ she added.

‘That said, in light of the design of these studies, it is recommended that the results are corroborated in greater depth.’

The full findings of the study were published in the Journal of Developmental Origins of Health and Disease.

TIPS FOR A HEALTHY PREGNANCY

Pregnancy health charity Tommy’s gives a list of actions which would have a positive impact on the health of a pregnancy and the future child if done before the mother stops contraception.

Smoking during pregnancy causes 2,200 premature births, 5,000 miscarriages and 300 perinatal deaths per year in the UK.

Be a healthy weight

Being overweight before and during pregnancy increases the risk of potentially dangerous conditions such as pre-eclampsia and diabetes.

Eat healthy and be active

A healthy mother is more likely to give birth to a healthy baby, and both will help maintain a safe body weight.

Speak to your GP if you are taking medication

Some medications may affect pregnancy, and it is best to check with a GP as soon as possible