Woman, 37, decides to divorce her husband and move in with her lover – because AI bot ChatGPT TOLD her to

Since it launched in November, the AI chatbot ChatGPT has been used by millions for many different purposes.

From students trying to write their essays, to creating songs and even complaint letters, people have been trying to test the limits of the tool.

Now, one woman from South London has used the chatbot for a completely different purpose – to decide whether or not to end her marriage.

‘Sarah’ had been having an affair with a man she met online for six months and decided to ask ChatGPT whether or not she should divorce her husband. 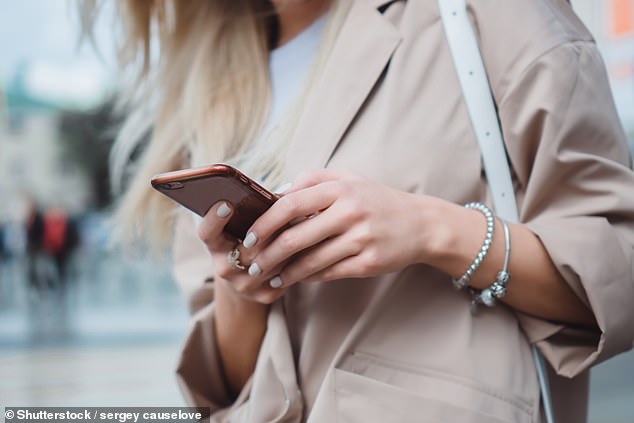 A woman has used a AI chatbot, ChatGPT, to help her decide whether or not to leave her husband (stock image)

ChatGPT is an artificial intelligence system created by the San Francisco-based company, OpenAI.

The firm, which specialises in creating and deploying AI, was created in 2015.

Its founders include billionaire entrepreneur, and owner of Twitter, Elon Musk, OpenAI CEO Sam Altman, among others.

While Musk resigned form the board in February 2018, he remained a donor.

The chatbot, created by OpenAI, a US company that lists Elon Musk as one of its founders, is a large language model that has been trained on a massive amount of text data.

Created out of a lab in California, it is based off an earlier model called GPT-3.

The bot can respond to a large range of questions while imitating human speaking styles, and can generate eerily human-like text in response to a prompt.

Which is exactly why 37-year-old Sarah, who works in the tech sector, decided to let the app inform her decision on whether to end her five-year-marriage.

Sarah’s affair began after she met a man on Illicit Encounters, a dating site for married people.

After constant bickering with her spouse and other issues within their marriage, she decided she needed to either fix the issues or end her five-year marriage.

She ended up asking the AI to create a ‘fairytale’ ending to the affair and what would be the best outcome.

The response left her ‘shaking’.

Sarah told the Mirror: ‘I essentially asked the app to write me a story based on my current situation, and what the person in the story should do in a failing marriage while experiencing the excitement of the affair I’ve been having. 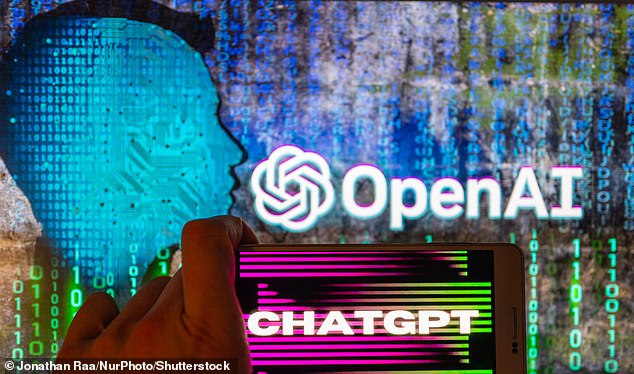 Less than a week after its launch at the end of November, the ChatGPT had already amassed more than one million users

MailOnline asked ChatGPT what a person should do if they are in a ‘failing marriage while experiecing the excitement of an affair’, like Sarah did

‘What’s fascinating was how it picked up so well on my dilemma and even considered my own happiness. The end of the story told me I should put my happiness first and leave my husband, which I’ve now done.

‘For the normal person using Chat:GPT for the first time, it will be an eery experience with the sort of output it is capable of.’

Sarah is now living with her lover, having left her marriage.

She added: ‘It gave me the push I needed to make the jump and leave a relationship that had been in the doldrums for a long time.

‘It’s certainly unorthodox, and not something I’d insist other women in similar situations to try. It was more of a case that I’d been around this technology, and it worked for me.’

A spokesperson at Illicitencounters.com, said: ‘We get hundreds of stories every month from members whose lives have been changed through reaping the benefits of meeting someone else in their life.

‘Sarah’s story is a first, but also one we really wanted to share, and we’re delighted she was happy to share it.’

Less than a week after its launch at the end of November, the chatbot had already amassed more than one million users.

To develop the app and make it appear as human-like as possible, AI trainers modeled conversations, playing both the user and the AI assistant.

Experts have claimed the app is so powerful it could be used in the real-world, in digital marketing, creating online content, answering customer service queries or even debugging codes.

ChatGPT had been released to the public initially for anyone to use, for free, but it became so popular the demo link was shut down temporarily.

What does ChatGPT mean for the future and are there any concerns?

ChatGPT has the capability to revolutionise the way we talk to machines.

The software program’s ability to answer complex questions has even led some to question whether it would challenge Google’s search engine monopoly.

Critics feel Google has been too focused on maximising revenue through prominent advertising and too cautious about incorporating AI into how it responds to users’ searches.

Paul Buchheit, 45, a developer who was behind Gmail, believes Google’s search engine dominance in particular could soon be disrupted.

‘Google may be only a year or two away from total disruption. AI will eliminate the search engine result page, which is where they make most of their money,’ he tweeted.

‘Even if they catch up on AI, they can’t fully deploy it without destroying the most valuable part of their business!’

There are, however, a number of misgivings about AI-driven innovations, including ChatGPT.

It is capable, according to its owner OpenAI, of responding to questions with ‘plausible-sounding but incorrect or nonsensical answers’.

This is an issue it says will be challenging to fix.

It also can exhibit biased behaviour and give long-winded replies, a problem that OpenAI was caused by its trainers ‘preferring long answers that look more comprehensive’.

AI technology has been controversial in the past because it can perpetuate societal biases like those around race, gender and culture.

As its data set has not been updated since 2021, it does not know more recent updates about the world.