Battle of the bird brains! Wild cockatoos perform just as well as those raised by humans in intelligence tests, new study shows

A longheld theory that animals raised in captivity perform better in cognitive testing may need to be rethought.

A new study organized by the University of Veterinary Medicine in Vienna found evidence that wild animals perform just as well at intelligence tests as their lab-raised counterparts.

To test the theory, researchers compared two groups of Goffin’s cockatoos, a species often found in the tropical jungles of Singapore, Indonesia, and Puerto Rico. 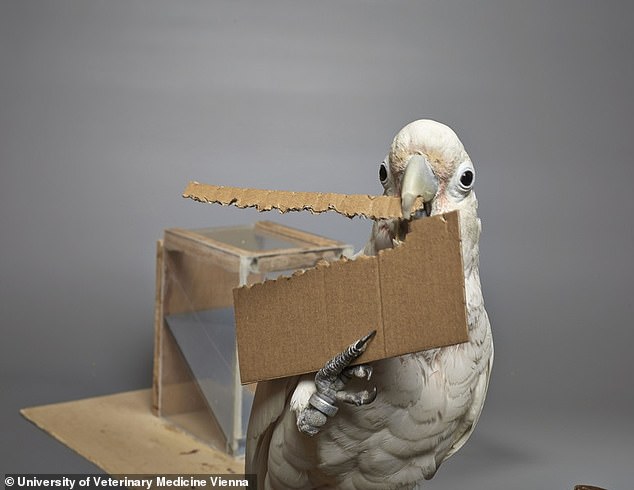 The team compared a lab-raised ‘colony’ of 11 cockatoos at their lab in Vienna to eight wild cockatoos recently taken into captivity at a field laboratory in Indonesia.

The researchers compared the performance of both groups in a series of simple problem solving tests and found the wild cockatoos were just as clever as the lab-raised ones.

Researchers had expected the opposite to be true, based on what scientists call the ‘captivity effect,’ according to a report in the New York Times.

The ‘captivity effect,’ which has been observed in chimpanzees, chickadees, and many other species, is thought to make animals raised in close contact with humans perform better in intelligence tests.

For the cockatoo test, researchers built what they called an ‘innovation arena,’ a semicircle with 20 small doors with a different puzzle behind each.

The puzzles involved simple object manipulation like like rotating a knob, moving a see-saw, or pulling a lever to release a food reward. 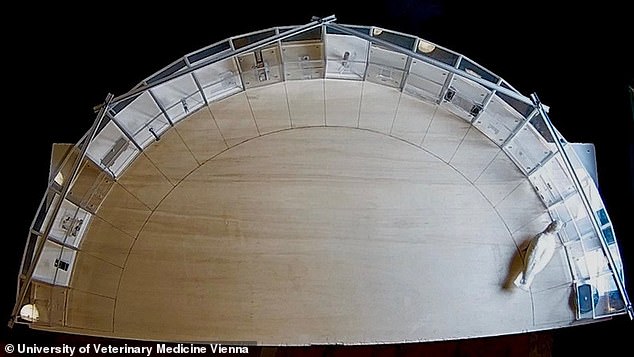 The researchers presented the birds with an ‘innovation arena,’ a semicircle with 20 different puzzles that would trigger a food reward to be released when solved

To correct for possible memorization effects, the team rotated the order of the puzzles after each session.

According to University of Veterinary Medicine’s Theresa Rössler, there was no difference in puzzle solving performance between the two bird groups.

‘[W]hen the wild cockatoos ‘decide they want to interact with the apparatus, they are just as skillful problem solvers,’ Rössler said. 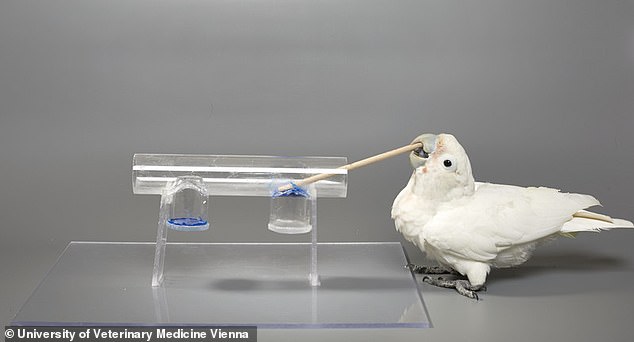 Both the wild cockatoos and the lab-raised cockatoos were equally able to solve the innovation arena puzzles, which involved simple object manipulation tasks like pulling levers, moving see-saws, pressing buttons, and straightening wires 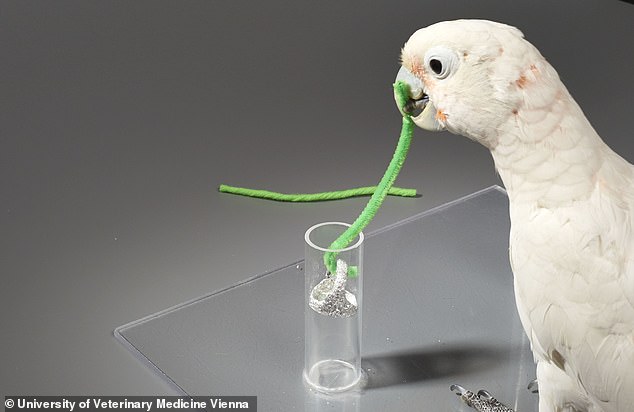 The team labeled 10 of the 11 lab-raised cockatoos as ‘motivated’ participants, while just three of the eight wild cockatoos qualified.

Both groups seemed equally likely to find new ways of solving the puzzles that went beyond the simple expected answer.

‘In many of the experiments they seemed to outsmart us at some point,’ Rössler said.

In one puzzle, the solution involved straightening a bent wire to open a window with food behind it, but some of the wild cockatoos instead loosened the window hinges, which were closer to the food, and ignored the wire.