HELENA, Mont. — The death of a ranger, Brad Treat, in 2016 was a wake-up call for grizzly bear biologists.

Mr. Treat, an avid mountain biker, was zipping along at about 25 miles an hour through dense forest near Glacier National Park in the middle of a summer afternoon when he collided with a large male grizzly bear.

Apparently startled, the bear reacted defensively and quickly killed him. A witness couldn’t see what happened but could hear it. “I heard a thud and an ‘argh,’” the unnamed witness told investigators. Then the bear made a noise “like it was hurt.” The bear disappeared before emergency responders arrived.

Dr. Christopher Servheen, who led the committee that investigated Mr. Treat’s death, said the accident prompted him to speak out publicly against recreational sports in the areas where grizzlies live.

This past summer, he tried to stop two ultramarathons in the Flathead National Forest, but the Forest Service approved the contests anyway. One was held this past weekend, at a time when bears are particularly active in foraging for food before their hibernating season begins later this year.

“We tell people not to run in grizzly bear habitat, to make noise and to be aware of their surroundings,” said Dr. Servheen, who has retired from his post as coordinator for the grizzly bear recovery program of the Fish and Wildlife Service. “Agencies are permitting the very activities we are telling people not to do.”

Vast tracts of public land in the West have become favorite haunts of a growing number of mountain bikers, exploring wild areas for recreation. The Trump administration recently allowed e-bikes, or electric bikes, to be used on all federal trails where bicycles are allowed.

The increasing popularity of trail biking has brought to the fore some of the inherent conflicts in the uses of public land — natural regions or playgrounds. And while the growth of tourism may help local businesses, the forays into deeper parts of the forests by more and more people are encroaching on wildlife.

Mechanized mountain bikes and e-bikes, especially at higher speeds, are incompatible with hiking, hunting, and bird and wildlife watching, some argue. Safety is also a concern. Some mountain bikers revel at bombing down trails at 20 or 30 miles per hour on single-track trails that hikers also frequent.

And biologists like Dr. Servheen who have spent decades studying grizzlies offer reminders about protecting the bears and other wildlife that unwittingly share their territory with more people and more mechanized vehicles.

In its report on Mr. Treat’s fatal accident, the interagency committee concluded: “The bear apparently had no time to move to avoid the collision. At a speed of 20-25 miles per hour, there were only one-to-two seconds between rounding the curve, the victim seeing the bear in the trail and impacting the bear.”

Dr. Stephen Herrero, a professor emeritus of ecology at the University of Calgary, spent much of his career studying grizzlies, and is the author of “Bear Attacks: Their Causes and Avoidance.” An avid mountain bike rider, he shares Dr. Servheen’s concerns. 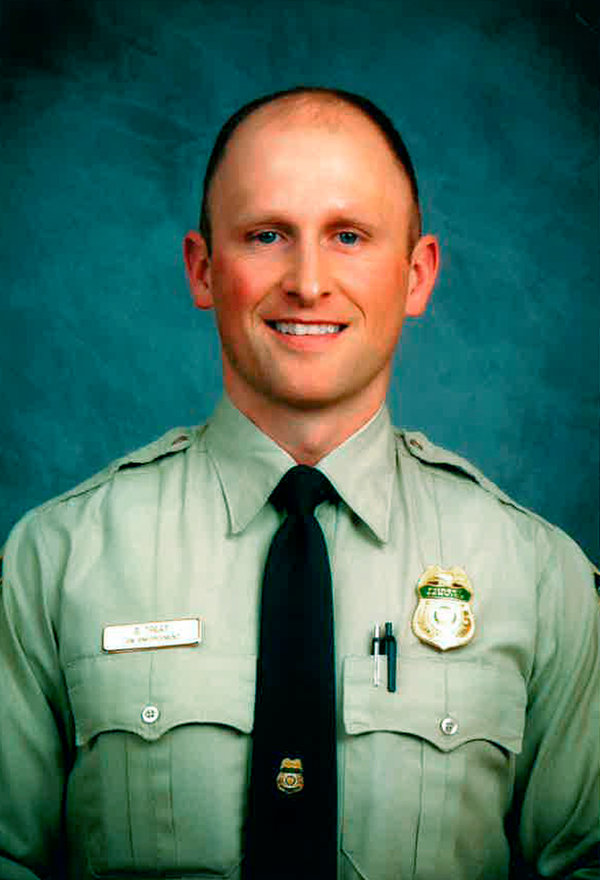 “Bears respond to surprises usually by fleeing, but sometimes by attacking whatever it is that is surprising them,” he said. “Events like runners and bike riders and anything else that suddenly thrusts a disturbance or surprise into their environment, they sometimes respond by attacking.

“I try to avoid mountain biking in any area that is grizzly bear habitat,” Dr. Herrero said. “There are plenty of areas that aren’t.”

Bikers tend to play down the risks. Rebecca Briber, executive director of the Flathead Area Mountain Bikers, said she always carries bear spray with her on rides. “We’re always aware we are recreating in bear country,” she said. “Mountain bike-grizzly bear interactions are rare. It’s more common for hikers to be attacked.”

Other concerns include whether the increase in biking in natural areas could do more to displace grizzlies and other wildlife than hiking, because bikes cover so much more ground, Dr. Servheen said.

“The impacts are mounting because there are more and more mountain bikers and there is more pressure to go into these places with faster bikes and electric mechanized bikes,” he said. “The technology has exceeded our ability to manage it for the benefit of animals.”

Or to understand it. Some experts are raising questions about how fast-moving bikes startle not just bears, but elk, deer and other species, and disrupt their lives.

Dr. Servheen also believes that the sensational news of a grizzly bear killing a bike rider works against the bear from a public relations standpoint. “The response from many people to these kinds of attacks is that grizzly bears are dangerous and their habitat is a dangerous place,” he said. “It’s a cost the bears have to pay in terms of public support and the willingness to have grizzly bears around.”

Because the popularity of biking in these areas has grown rapidly, there is little research on its effects on wildlife. But there is a growing body of evidence that outdoor recreation of all kinds has serious consequences for wildlife.

“Over all we found a moderate to strong effect of recreation on wildlife across the board,” said Courtney Larson, who published a literature review of 274 studies in 2016 for her Ph.D. at Colorado State University and has just completed a meta-analysis on the effects of recreation.

The singular influence that mountain biking might have on the surrounding environment is not known, she said. “It’s a little difficult to tease out on its own because most of the time, mountain bikes use occurs on multiple use trails with hiking, mountain biking, dogs and horseback riders on the same trails,” Dr. Larson said.

But the effect of humans touring through wildlife habitats should be taken seriously, she said. “We can’t make an assumption that recreation is a benign use of conserved lands,” she added.

Wildlife need to feel secure and they can be stressed by the presence of people. Startling elk, deer or any other animal causes them to flee, to use up energy and avoid areas where they are surprised but that they might need for feeding.

Though no studies have been done about the effect of mountain bikes specifically on grizzlies, Dr. Servheen says other research and many thousands of hours of field observations by biologists show how much bears are aware of the presence of people.

A bear’s “distribution can be dramatically affected by human use of the landscape,” said Dr. Servheen, especially mountain bikes because they cover so much territory. “Bears may change their home range, they may change their movement pattern, they may avoid certain areas. They may become nocturnal, or females with cubs might avoid those areas.”

A study last year found that elk move in response to people, more from bikes than hikers. Recent studies have shown that when a mountain bike appeared, elk fled 1,500 meters, almost as much as the 2,000 meters they ran to escape from an all-terrain vehicle. Hikers, on the other hand, caused cow elk to move only 750 meters.

Enough pressure from people may interrupt an elk’s feeding habits and have long-term implications for a herd. “If a female doesn’t put on enough body fat, she might not be able to conceive the next year,” said Michael Wisdom, a researcher with the Pacific Northwest Research Station, part of the Forest Service, and an author of the study. “An increase in time running reduces time foraging.”

In a 2013 study on forest land near Vail, Colo., researchers blamed human tourists and recreation for the smaller herd counts, down to several dozen head of elk from 1,000 in years past. One study showed that if a cow elk was disturbed 10 times during calving, no calves would survive.

To complicate matters, advanced technologies for mountain biking contribute to deeper exploration of natural areas. Mountain bikes with snow tires, for example, expand the season of riding to winter, when wildlife are most vulnerable.

Solutions include better management of trails used by mountain bikes, as well as restricting use on some trails, lowering any speed limits and permitting bike riders only on dirt roads.

One solution “is careful planning of the trail corridor and the design,” said David Wiens, executive director of the International Mountain Bicycling Association in Gunnison, Colo. “That’s where the agencies get involved and the wildlife specialists, who can come up with the proper location of the trail based on their expertise. In certain cases, there are seasonal closures for wildlife.”

Some mountain biking groups, though, continue to fight for access to excluded wilderness areas. A bill titled the Human-Powered Travel in Wilderness Areas Act, introduced earlier this year by Senator Mike Lee, Republican of Utah, would allow local managers to decide whether mountain bikes are appropriate in designated wilderness.

“What should keep people from doing it,” Dr. Servheen said, “is common sense and the belief that grizzly bears have a reason to be here and I have lots of other places to recreate.”

“I am not against mountain biking,” he said. “But we need to understand grizzlies don’t have any other place to go. It’s their living room.”