A sonic boom erupted through the skies over south east England today (January 12), with reports of a loud explosion over Cambridge, South Essex and London. Social media reports have compared the noise to thunder or a gas explosion. One person said they felt windows rattle as the boom went off.

A Twitter user said: “Very loud here in southeast Cambridge – thought at first it was thunder or even a gas explosion – a very bright contrail heading south.”

Another person tweeted: “Yep – Hit here in Epping rattling windows. Sent all the birds into the air.”

A third person said the sonic boom was heard over Wickford and “shook the entire garage”.

What is a sonic boom?

A sonic boom is a thunder-like bang caused by an object reaching supersonic speeds – faster than the speed of sound.

One such sonic boom rattled London more than a year ago when RAF jets passed over the city.

Sonic booms are triggered because supersonic jets displace air in front of them like a boat displacing water. 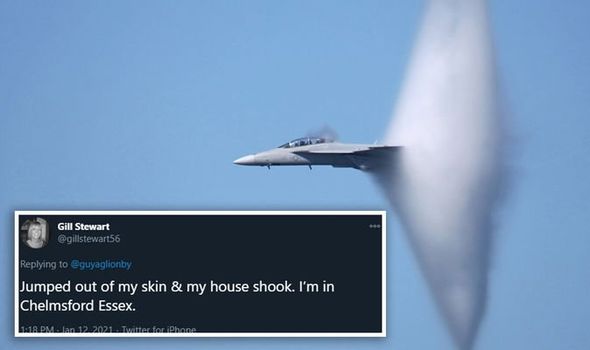 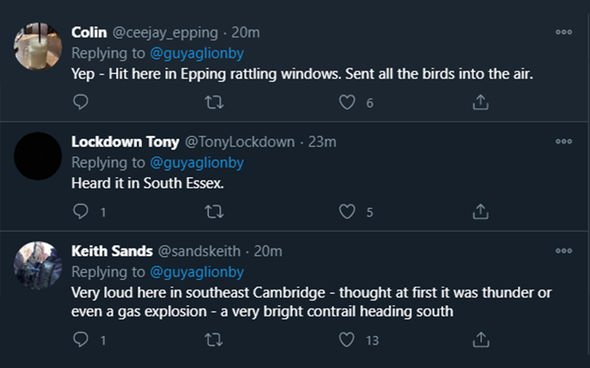 The bigger a jet is, the more air it displaces, causing a shockwave.

The US space agency NASA said: “The shock wave forms a ‘cone’ of pressurised or built-up air molecules, which move outward and rearward in all directions and extend all the way to the ground.

“As this cone spreads across the landscape along the flight path, it creates a continu­ous sonic boom along the full width of the cone’s base.

“The sharp release of pressure, after the buildup by the shock wave, is heard as the sonic boom.”

This is a breaking story. Refresh the page to see more.