The space agency’s Perseverance Rover is due to touch down today after making the 293 million mile journey from Earth to Mars. The probe will buzz across the Martian sky at 12,000mph, before slowing itself down by deploying a 70-foot-wide parachute and setting in a crater littered with boulders. If all goes to plan, Perseverance will successfully complete its mission this evening at around 8.43pm, and will soon start work on to determine whether the planet was once habitable.

No proof of past or present life as we know it has been found yet, but evidence has shown during the ancient Noachian period the surface environment of Mars had liquid water and may have been habitable for microorganisms.

And the Science Channel’s ‘NASA’s Unexplained Files’ revealed how NASA got a surprise last time they touched down on the Red Planet.

The narrator detailed: “NASA’s mission to Mars is on the line. 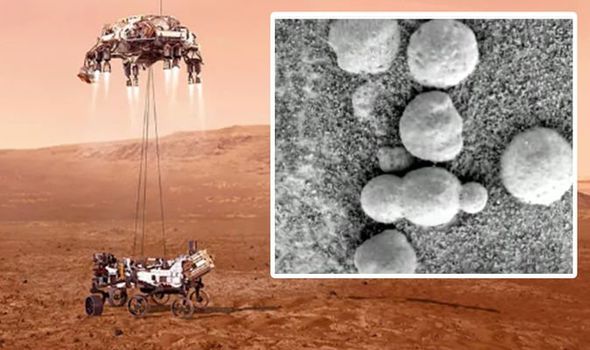 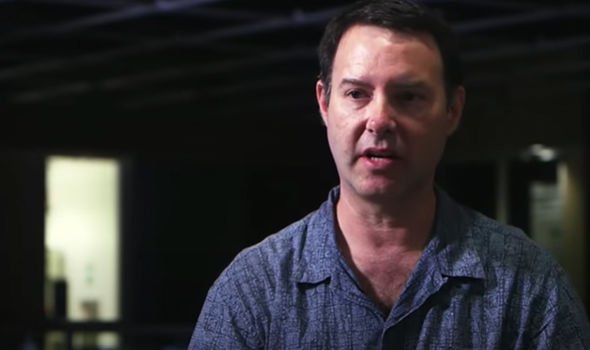 “The Martian surface is covered in small spherical rocks.”

Planetary scientist Professor Jim Bell explained how they identified what soon came to be known as the ‘Mars blueberries’.

He said: “We’re looking around, we’re taking pictures, and we see the ground literally covered with these little spherical grains and this is really bizarre.

“What are these things and where did they come from? 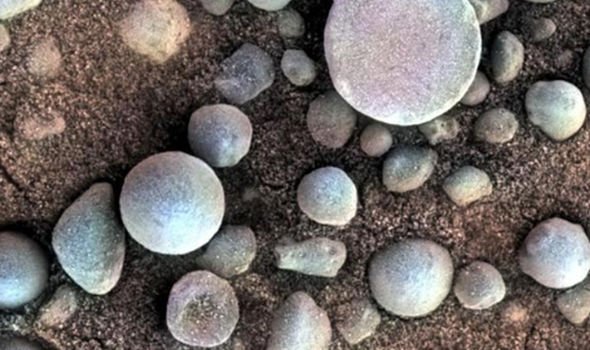 “Mars is the Red Planet, everything is red, and these are less red, so to an astronomer that means blue.”

The presence of the spherical rocks that were a different colour from the surrounding terrain raised the question of how they got there.

Astrophysicist David Brin, who now serves on NASA’s advisory board, recalled his thoughts at the time.

He said: “Could these have an artificial source?

“Obviously something powerful happened that blew pits of the Martian crust off.

“Something funny is going on there. 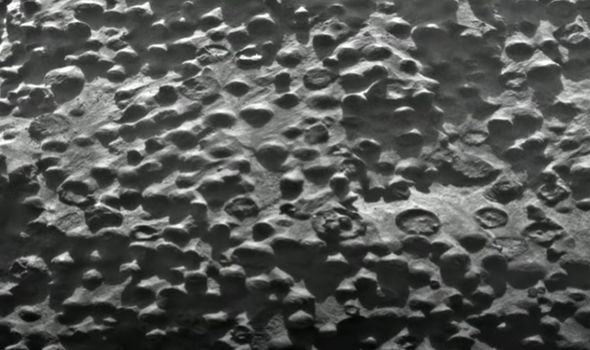 “But if they indicate the presence of water, the implications are astonishing.”

Researchers soon developed a theory on the rocks that “supported the idea of life on the Red Planet”.

Image analyst Marc D’Antonio detailed how the team ended up concluding the find suggested the presence of water – the building block to life on Earth.

He said in 2018: “Mars blueberries might seem a little strange but we also have them here on Earth.

“They are created in the presence of water and those little shapes are called concretions that form in rock as water circulates through.

“Water on Mars is very exciting because it means that, at one point, Mars was probably habitable.” 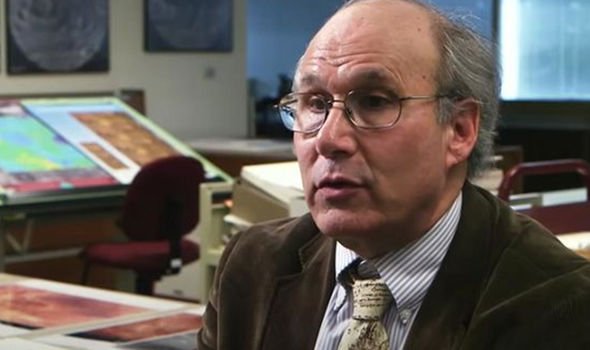 Meteor specialist Dr Allan Treiman added: “We’ve got active groundwater, that’s what you need on Earth for life, perhaps this is an environment where life could have thrived.”

NASA’s Perseverance Rover is set for “seven unites of terror” as it attempts to touch down on the Red Planet tonight.

As it enters the atmosphere, the probe will send back a radio signal to its mission controllers to indicate it is about to begin the most perilous part of its journey.

But by the time they have heard it, 127 million miles away on Earth, the journey will actually be over, and history will have been decided one way or another.

If it is successful it will form the foundation of NASA’s Mars 2020 plan and could be the breakthrough needed to show whether there is life beyond Earth and how humans might be able to travel to see it.