A host of newly-discovered wasp species have been given unique names, including being dedications to Oreo biscuits and aliens from Doctor Who.

One species has been dubbed ‘Sathon oreo’ and another ‘Choeras zygon’ after the Zygon race of aliens in the popular programme.

These wasps inject their eggs into live caterpillars, and the baby wasps slowly eat the caterpillar from the inside out – a similar trait to the fictitious aliens. 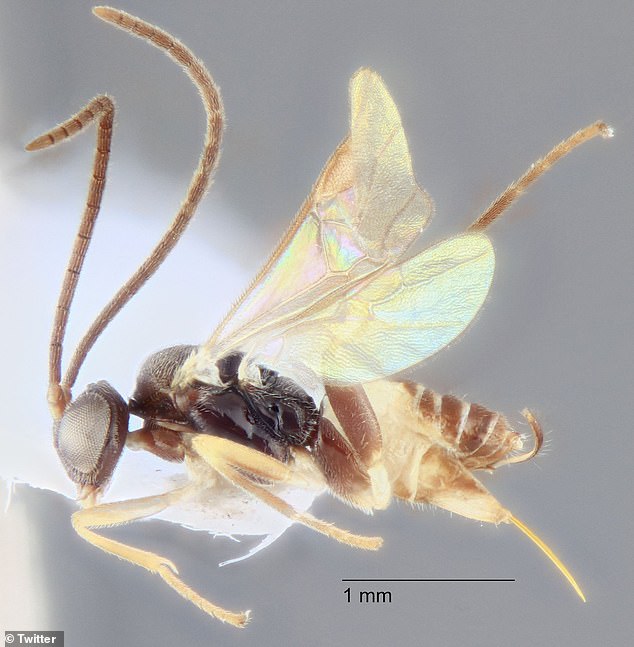 Dr Erinn Fagan-Jeffries, from the University of Adelaide’s School of Biological Sciences, said: ‘I named one wasp Sathon oreo as the antennae are dark brown with a thick white stripe in the middle… like an Oreo chocolate biscuit.

‘Zygon aliens consume their host whilst inhabiting them, a trait particularly relevant to parasitic wasps.’

The wasps are pivotal in ecosystems for regulating native caterpillar populations.

One of the new wasps, Choeras bushblitz, is named after the Bush Blitz species discovery programme.

It is a unique multi-million dollar partnership between the Australian Government, BHP and Earthwatch Australia to document plants and animals across the country.

Bush Blitz Manager Jo Harding said: ‘Less than 10 per cent of this group of wasps have scientific names which is why programmes like Bush Blitz are so vital.

Taxonomy, the scientific discipline of describing new species, is vital for understanding and documenting living things.

‘Until taxonomists name and formally describe a species it is difficult for other researchers, such as those working in conservation or biological control, to do anything with it,’ Ms Harding said. 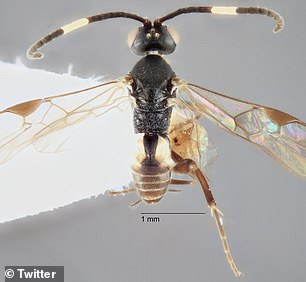 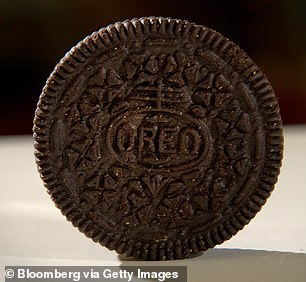 A host of newly-discovered wasp species have been given unique names, including Sathon oreo (pictured) which was dedicated to Oreo biscuits 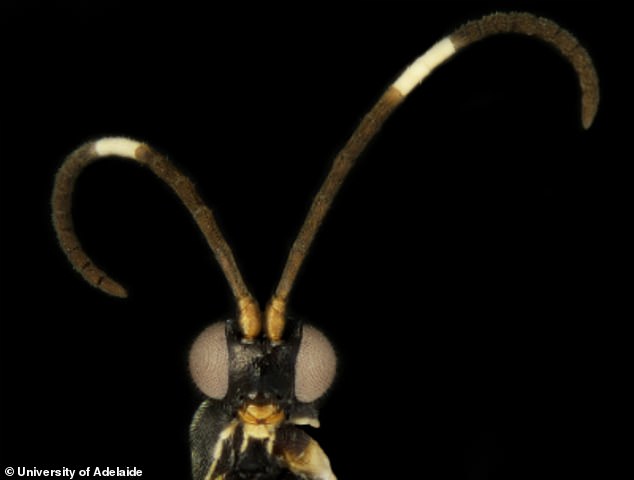 Dr Erinn Fagan-Jeffries, from the University of Adelaide’s School of Biological Sciences, said: ‘I named one wasp Sathon oreo as the antennae are dark brown with a thick white stripe [pictured] in the middle… like an Oreo chocolate biscuit’ 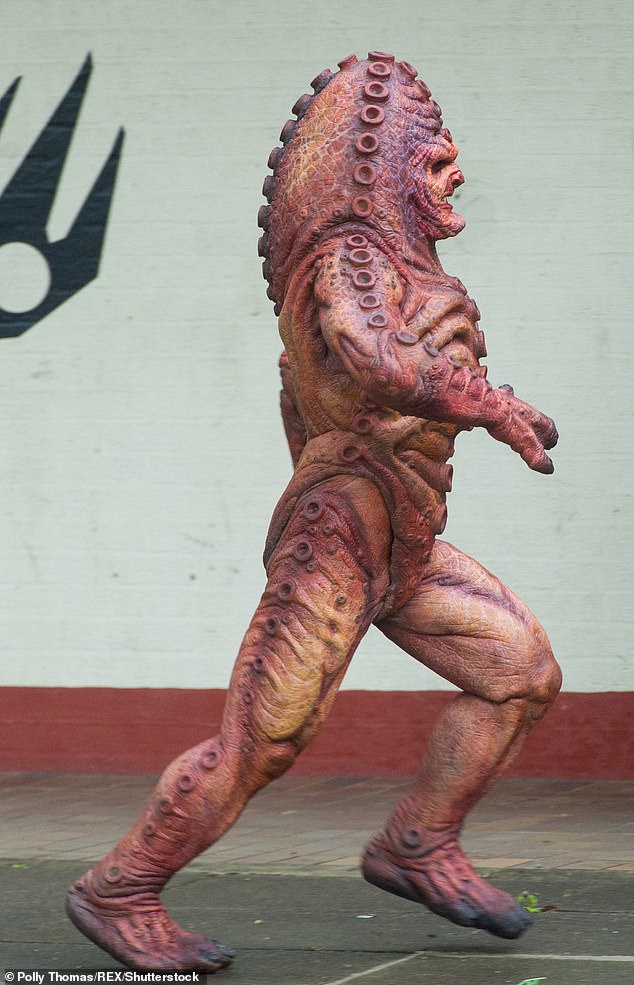 The zygon wasps inject their eggs into live caterpillars, and the baby wasps slowly eat the caterpillar from the inside out – a similar trait to the fictitious aliens. Zygon aliens are known for consuming their host whilst inhabiting them

Taxonomists and entomologists that helped Dr Fagan-Jeffries collect vital specimens for this research, as well as those who feature prominently throughout her career, were also honoured with species named after them.

‘I always loved insects in school, and I had a lot of incredible support from entomologists, back then and also during my PhD, who fuelled my passion for following a scientific career path,’ Dr Fagan-Jeffries said.

‘Naming species after those people is just a tiny way of saying thank you.’

The study was published in the journal Zootaxa.

WHY DO WASPS STING AND WHY DO THEY HURT SO MUCH?

Wasp stings are common, especially during the warmer months when people are outside for longer periods of time.

They tend to occur in the later summer months when the social structure of the colony is breaking down.

At this time, the group mindset is changing from raising worker wasps to raising fertile queens, which will hibernate over the winter to start new colonies the following spring.

Once the wasp has laid eggs, she stops producing a specific hormone which keeps the colony organised.

This leads to the wasps becoming confused and disorientated and they tend to stray towards sweet smelling human foods, such as ice cream and jam.

This puts them in the firing line of scared and frenzied people which aggravate the animals with wafting hands and swatting magazines.

When the critters become angry and scared they are prone to stinging.

Wasp stings can be uncomfortable, but most people recover quickly and without complications.

It is designed as a self-defence mechanism but, unlike bees, wasps can sting multiple times.

The stingers remain in tact and are often primed with venom which enters the bloodstream.

Peptides and enzymes in the venom break down cell membranes, spilling cellular contents into the blood stream

This can happen to nerve cells and these are connected to the central nervous system.

This breach causes the injured cell to send signals back to the brain. We experience these signals in the form of pain.

There are chemicals in the wasp sting which slows the flow of blood, which elongates the period of pain.