Two rival prehistoric tribes in modern-day Spain were locked in ‘lethal violence’ 5,500 years ago due to vastly different cultures, diets and burials

Two rival prehistoric tribes in modern-day Spain were locked in ‘lethal violence’ 5,500 years ago due to vastly different cultures, diets and burials.

At a time when the wheel had just reached Europe, groups living in the Rioja Alavesa region of what is now northern Spain already had ‘distinct cultures’.

The remains of the Neolithic residents were buried in two distinct ways – in caves and in stone graves and archaeologists assumed that was due to different social status.

These distinctions included differences in upbringing, the food they eat and would ‘occasionally spill over into outbreaks of violence’ due to cultural tensions. 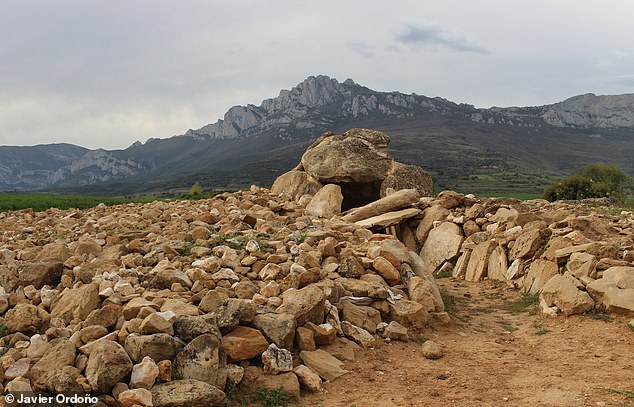 Alto de la Huesera megalithic grave (Basque Country, northern Spain), one of the sites analyzed in the study. Prehistoric tribes living 5,500 years ago and just two and a half miles apart had vastly different cultures, burials and diets, a new study has revealed

Examining 27 molars from adults who lived in the region, the researchers found variations beginning in early childhood.

‘The former ate different diets as juveniles, weaned their children at different ages, and engaged in different land use practices than those buried in stone graves.’

The research team included archaeologists from all over the globe working on what may be the largest prehistoric isotope dataset.

They found noticeable differences in the teeth, especially linked to diet.

The prehistoric individuals buried in caves had greater calcium in their enamel, perhaps suggesting they were weaned earlier. 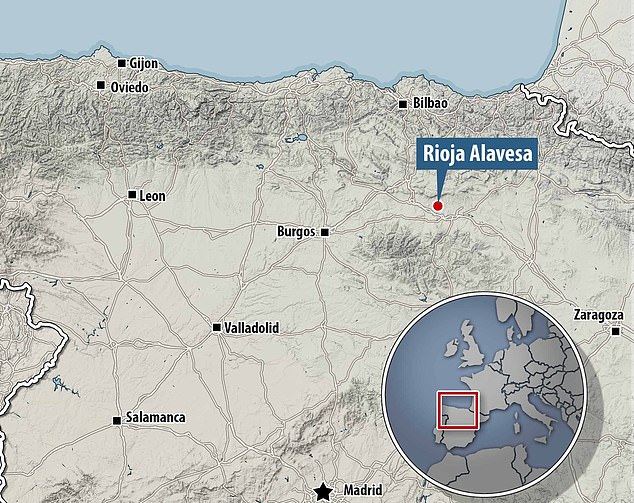 At a time when the wheel had just reached Europe, groups living in the Rioja Alavesa region of what is now northern Spain already had ‘distinct cultures’

It was known there was an overlap in time between those buried in the caves and those buried under stone mounds, but researchers weren’t sure why the difference.

The leading theory was that one of the two groups had a higher status but they all existed within the same culture and community.

Dr Fernández-Crespo says the differences appear to be more stark and the cultures may have been different enough that it led to outbreaks of violence.

The research has been published in the journal Science Advances.

WHAT DO WE KNOW ABOUT THE HISTORY OF THE STONE AGE?

The stone age is a period in human prehistory distinguished by the original development of stone tools that covers more than 95 per cent of human technological prehistory.

It begins with the earliest known use of stone tools by hominins, ancient ancestors to humans, during the Old Stone Age – beginning around 3.3 million years ago.

Between roughly 400,000 and 200,000 years ago, the pace of innovation in stone technology began to accelerate very slightly, a period known as the Middle Stone Age.

By the beginning of this time, handaxes were made with exquisite craftsmanship. This eventually gave way to smaller, more diverse toolkits, with an emphasis on flake tools rather than larger core tools.

The stone age is a period in human prehistory distinguished by the original development of stone tools that covers more than 95 per cent of human technological prehistory. This image shows neolithic jadeitite axes from the Museum of Toulouse

During the Later Stone Age the pace of innovations rose and the level of craftsmanship increased.

Groups of Homo sapiens experimented with diverse raw materials, including bone, ivory, and antler, as well as stone.

The period, between 50,000 and 39,000 years ago, is also associated with the advent of modern human behaviour in Africa.

Different groups sought their own distinct cultural identity and adopted their own ways of making things.

Later Stone Age peoples and their technologies spread out of Africa over the next several thousand years.