Fast-food workers wear gloves to keep meals from getting contaminated, but those gloves can also contain chemicals that could be harmful to human health, according to a recent investigation.

Phthalates have been found to interfere with the reproductive functions of both men and women and impede brain development in children.

The investigation used citizen science (informal research that usually has a limited sample size) to test more than 100 gloves made by more than 30 distributors and used across 15 restaurant chains in the US. The coalition found phthalates in gloves at a McDonald’s and Wendy’s in Michigan, another McDonald’s in Maine, and a Burger King in Colorado.

Workers at other locations of the same chains used gloves without any detectable levels of phthalates. The coalition also found that certain vinyl-glove brands produced some gloves with phthalates and others without.

Still, the findings are concerning to Ami Zota, an environmental health scientist at George Washington University who has studied phthalates for the last decade.

“These chemicals can migrate out of products. We know that,” she told Business Insider, adding that the results offer further evidence that vinyl gloves may be a key source of exposure to phthalates.

The link between vinyl gloves and phthalates in food 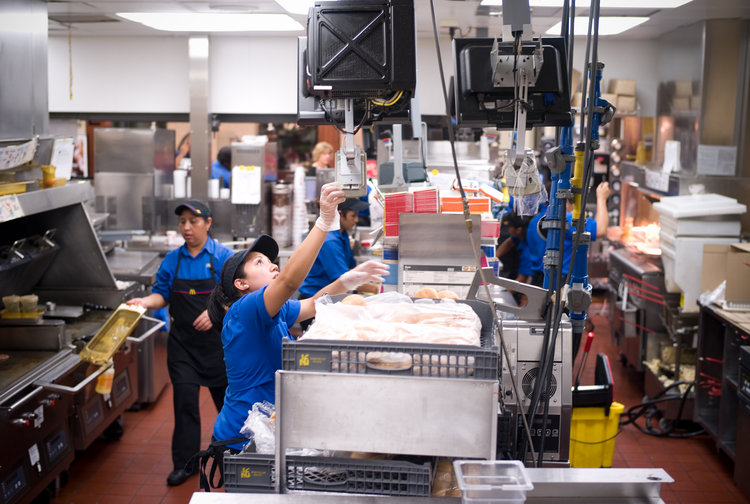 An employee at a McDonald’s in Washington, DC, looks at the order screen to find out what to prepare next.Hector Emanuel/The Washington Post/Getty Images

Phthalates are part of the plasticizer family, which help make plastic durable and flexible. The chemicals have been linked to reproductive issues such asdecreases in male testosterone levels andendometriosis, a common cause of infertility in women.

Research suggests the chemicals pose the greatest risk to pregnant women and children. Zota said some data indicates that pregnant mothers who are exposed to phthalatescould suffer pre-term births, and that their children may be at risk ofrespiratory problems like asthma orbrain-development issues including ADHD. Children exposed to phthalates could also face ahigher risk of diabetes.

Congress instituted a federal ban on phthalates in toys and children’s products in 2008, but the chemicals arestill found in items like clothing, shower curtains, detergents, and shampoos.

The main way people are exposed, however, is through processed or packaged foods.

Last year, Zotapublished a paper that showed that people who dined out at restaurants, fast food establishments, or cafeterias had a 35% higher daily intake of phthalates than those who dined at home. One explanation for this, she said, could be the presence of phthalates in vinyl gloves and food packaging.

Studies have alsosuggested a link betweenvinyl gloves and people’s exposure to a type of phthalate called DEHP in Japan. After the country banned gloves with DEHP in 2000, researchers found,the amount of the chemical in prepared meals decreased relative to the year before.

Should vinyl gloves be phased out? 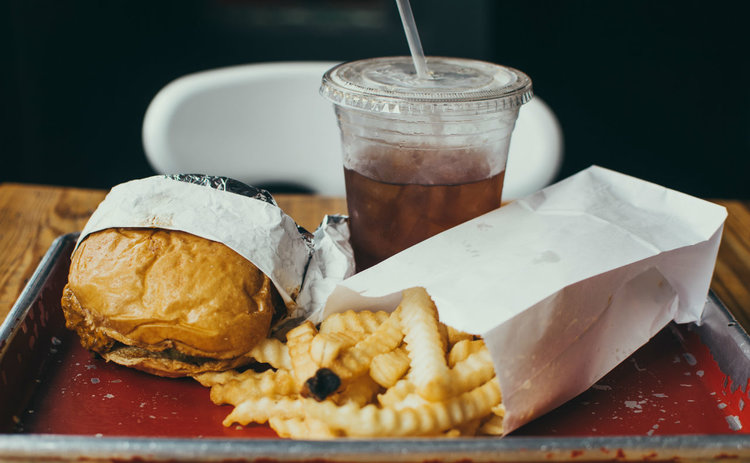 The Centers for Disease Controlclassifies phthalate exposure as “widespread” in the US. Virtually everyone has one or more phthalate byproducts in their urine, Zota said.

She added that the use of vinyl gloves to handle hot, greasy food at fast-food chains could be enabling phthalates to seep into our food, since the chemicalsdon’t bind tightly to vinyl molecules. That’s why they can leach out, especially when gloves are exposed to heat, Zota added. Phthalates are alsoparticularly soluble in oil.

Both Wendy’s and McDonald’s said in statements to Business Insider that they are committed to using safe products in their restaurants.

“At Wendy’s, we have strict policies and practices in place to ensure the safety of all our products and packaging, and our suppliers must meet all federal regulatory requirements,” the company said. “Our current specifications require that there are no PFAS compounds or phthalates used in the production of our foodservice gloves in the United States and Canada.”

McDonald’s said its packaging across the globe has been “free of phthalates of concern” since 2008.

“We have made significant progress and continue to work with our suppliers to transition to new gloves,” the company said.

Burger King did not immediately respond to a request for comment.

Zota said she sees phasing vinyl gloves out of restaurants as “an important step” toward reducing human exposure to phthalates, both for workers and diners.

“Eating food with phthalates is going to likely lead to a higher dose than absorption through the skin,” she said, but she added that fast-food workers may still be a “highly exposed population.”

Instead of substituting vinyl gloves with a similar product, Zota added, restaurants should “really try to address the need for any kind of plasticizers in our food environment.”