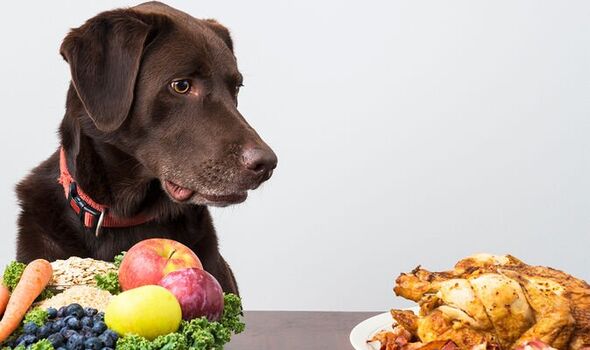 A team of scientists sent out a questionnaire to owners of 2,536 dogs to understand how various canine diets affected health over time. The team asked for information on vet visits, medication, any diet alterations, guardian and vet opinion on dog health, percentage of unwell dogs, and the number of dogs with health conditions.

Of the 2,536 pups, more than half of all dogs were on a conventional diet, one third ate only raw meat, and one in eight were vegan dogs.

Analysis of the responses published in the journal PLOS One showed the conventional diet was associated with the worst health, with both vegan and raw meat performing better.

However, they added this does not mean that a raw meat diet is necessarily better for dogs than a vegan diet, as in the study the dogs on a raw meat diet were considerably younger and therefore more likely to be in better health.

Prof Andrew Knight, at the University of Winchester, UK, and who led the PLOS One-published study said in a statement: “Our study is by far the largest study published to date.

“It revealed that the healthiest and least hazardous dietary choices for dogs are nutritionally sound vegan diets.

“The raw meat diet appeared to have marginally better health outcomes. But those dogs were significantly younger, which gives them a health advantage.

“A substantial body of prior studies have also shown that raw meat diets are much more contaminated with pathogenic bacteria and parasites.”

Among the findings were that 17 percent of dogs on conventional diets had four or more visits to the vet over the course of a year.

There are also known drawbacks to a raw meat diet, with previous studies linking it to an increased risk of pathogens and nutritional deficiencies.

Justine Shotton, the president of the British Veterinary Association, told The Guardian: “There is a lot of ongoing research in the field of vegan dog diets and this paper adds to the body of evidence supporting its benefits.

“However, there is currently a lack of robust data mapping the health consequences of feeding a vegan diet to a large number of dogs over many years, so we look forward to seeing further research on whether this can meet a dog’s dietary requirements over the long term.

“Although we would not recommend it, it is theoretically possible to feed a dog a vegetarian diet, but owners would need to take expert veterinary advice to avoid dietary deficiencies and associated disease.”

Most of the respondents to the survey were in the UK and other European countries and more than 90 percent were women, but Prof. Knight said this was unlikely to have caused a systematic bias.

The expert said that if taurine is not supplemented properly in a plant-based diet, cats can experience poor neural function, reproductive problems and heart disease.

Dr. Bullen added: “Vegetarian [diets] can be done safely in both [cats and dogs].

“Vegan can be done safely in dogs but is very difficult in cats.”