Public health expert Professor Emily Bailey of Campbell University and her colleagues decided to investigate how long coronavirus might last on frozen meat following cases of COVID-19 outbreaks in Southeast Asia that occurred without any community transmission. Reports, Prof Bailey explained, “suggested that packaged meat products, produced in areas where SARS-CoV-2 was circulating, could have been the source of the virus. “Our goal was to investigate whether or not similar viruses could survive in this environment.”

In their study, the researchers conducted experiments involving four different types of meat or fish – beef, chicken, pork and salmon.

Each meat type was sliced into small pieces that were dosed with 100 microlitres of diluted surrogate viruses that use spikes similar to those found on SARS-CoV-2.

Following this, the investigators stored samples of the infected products at both refrigerator and freezer temperatures — specifically 4C (39.2F) and -29C (-4F). 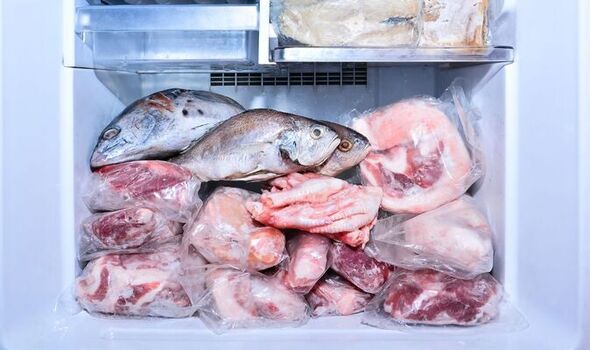 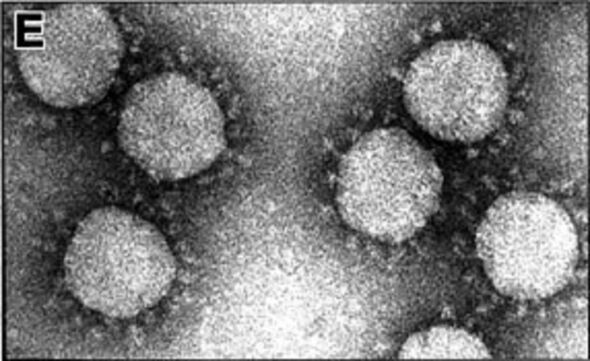 Prof Bailey said: “Although you might not store meat in the fridge for 30 days, you might store it in the freezer for that long.”

“We even found that the viruses could be cultured after that length of time.”

The exact rate of survival depended on the particular viral surrogate and storage temperature, the team explained.

They added: “But overall, viruses survived for extended periods of time at high concentrations at both refrigerated and frozen temperatures.” 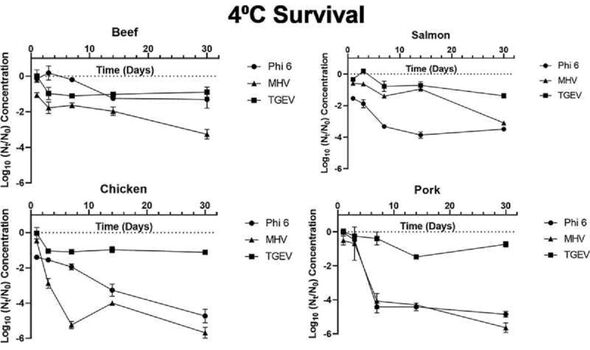 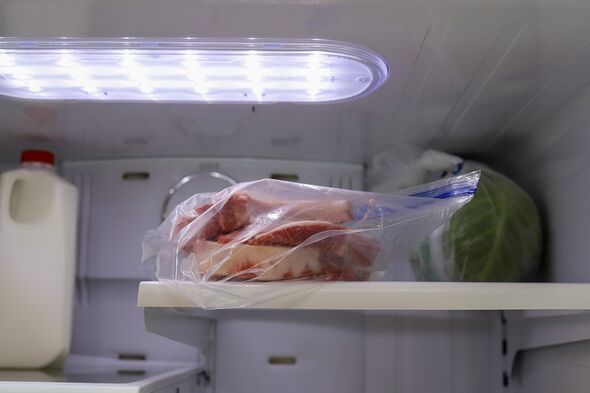 The results are important, Professor Bailey explained, because SARS-CoV-2 is capable of replicating within the gut as well as in the respiratory tract.

The researchers concluded: “The ability of SARS-CoV-2 viral surrogates like Phi 6 and animal coronaviruses to survive for varying extents on some meat and fish products when stored refrigerated or frozen is a significant and concerning finding.

“The lack of or inadequate disinfection of these foods prior to packaging needs to be addressed.”

The full findings of the study were published in the journal Applied and Environmental Microbiology.

DON’T MISS:
World holds breath as China’s invasion date for Taiwan predicted [INSIGHT]
POLL: Would you install a heat pump to save the planet? [POLL]
MoD and BAE to partner in Glasgow and build new shipyard [REPORT] 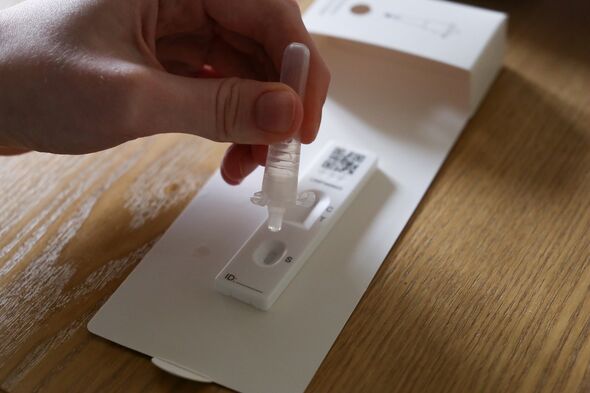 The findings come as official data indicate that 2.7 million people in the UK had COVID-19 last week — an increase of 18 percent over the week before.

In the House of Lords, health minister Lord Kamall told peers that if rising cases placed too much strain on the already-backlogged health system, “clearly measures may well have to be introduced.”

Several experts have called for the return of free lateral flow tests, face coverings and a return to outdoor mixing.

Virologist Steve Griffin said: “We are experiencing plateaus of infection between waves that are far higher than we ever had before last summer, simply due to the lack of mitigations in place.

“Leaving vaccines to deal with the pandemic alone simply isn’t working and we need to do more over the longer term to build resilience against such a high level of infections.

“This does not mean lockdowns but learning to proactively live with the virus, rather than passively ignoring and dismissing this infection, which remains a public health concern regardless of some wishes or personal choices.”