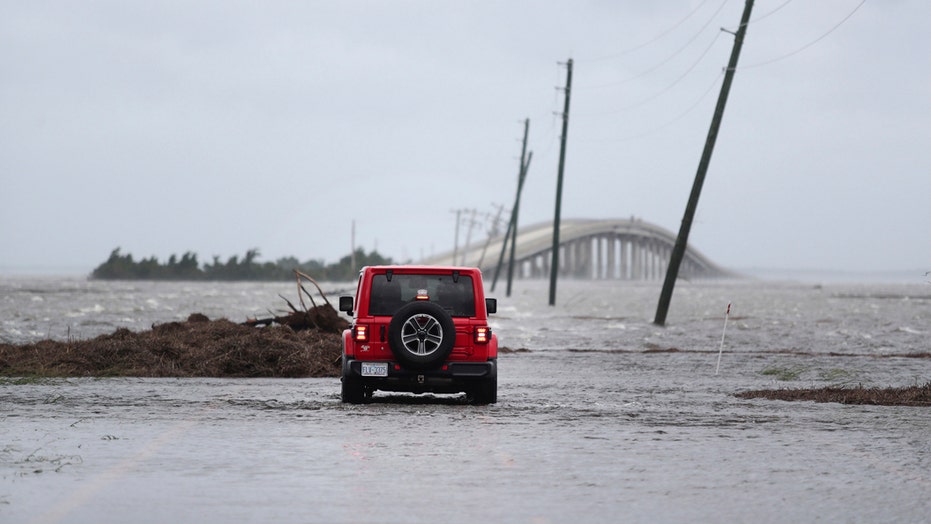 A damning new report from the United Nations says that the world's oceans are undergoing drastic, accelerated change. And the risks associated with these changes to the climate are getting ever greater, threatening hundreds of millions of people and the global economy itself.

The report, issued by the United Nations' Intergovernmental Panel on Climate Change (IPCC), highlights the changes that are happening as a result of increased emissions from greenhouse gases, including: sea levels rising by three feet by 2100; significantly fewer fish in the oceans; stronger hurricanes; and regular flooding in coastal cities such as New York.

"Global warming has already reached 1 [degrees Celsius] above the pre-industrial level, due to past and current greenhouse gas emissions," a press release issued in conjunction with the report said. "There is overwhelming evidence that this is resulting in profound consequences for ecosystems and people. The ocean is warmer, more acidic and less productive. Melting glaciers and ice sheets are causing sea level rise, and coastal extreme events are becoming more severe." 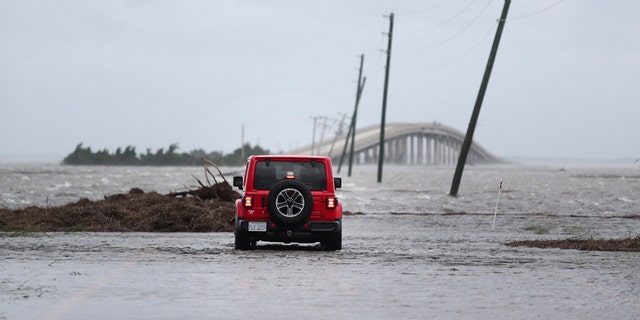 FILE – In this Friday, Sept. 6, 2019 file photo, storm surge from Hurricane Dorian blocks Cedar Island off from the mainland on NC 12 in Atlantic Beach, N.C., after Hurricane Dorian passed the coast. A special United Nations-affiliated oceans and ice report released on Wednesday, Sept. 24, 2019 projects three feet of rising seas by the end of the century, much fewer fish, weakening ocean currents, even less snow and ice, and nastier hurricanes, caused by climate change. (AP Photo/Tom Copeland)

The report, which was worked on by more than 100 scientists from 36 countries around the world, was approved by the 195 IPCC member governments. Hoesung Lee, chair of the IPCC, said that all parts of the globe, from the highest mountains to the deepest parts of the ocean, are being affected in a faster manner.

“The open sea, the Arctic, the Antarctic and the high mountains may seem far away to many people,” Lee said in the press release. “But we depend on them and are influenced by them directly and indirectly in many ways – for weather and climate, for food and water, for energy, trade, transport, recreation and tourism, for health and wellbeing, for culture and identity.”

"The oceans and the icy parts of the world are in big trouble and that means we're all in big trouble too," one of the report's lead authors, Michael Oppenheimer, professor of geosciences and international affairs at Princeton University, told the Associated Press. "The changes are accelerating."

The press release notes that "without major investments in adaptation," rising flood risks are likely, some of which could cause "some island nations" to become uninhabitable "due to climate-related ocean and cryosphere change."

The changes, which previous reports have said could shrink "virtually all" economies around the globe by 2100, will affect people, plants, food, societies, infrastructure, in addition to the global economy.

The oceans absorb more than 90 percent of the excess heat from carbon pollution in the air, as well as much of the carbon dioxide itself. The seas warm more slowly than the air but trap the heat longer with bigger side effects — and the report links these waters with Earth's snow and ice, called the cryosphere, because their futures are interconnected.

"The world's oceans and cryosphere have been taking the heat for climate change for decades. The consequences for nature and humanity are sweeping and severe," said Ko Barrett, vice chair of the IPCC and a deputy assistant administrator for research at the U.S. National Oceanic and Atmospheric Administration, in the release.

The IPCC report adds to a previous report from the U.N. that some coastal cities and those in the Arctic region will have to adopt. The previous report, published on June 25 from the United Nations Human Rights Council, warned that a potential "climate apartheid" could fracture the global population, splitting the planet between the wealthy and the rest of the world who will be "left to suffer."

The report also notes that some of the changes to the Earth's climate from human-induced events can no longer be stopped, such as some rise in sea levels. The report found that seas are now rising at 3.66 millimeters per year, up from a previous estimate of 3 millimeters. 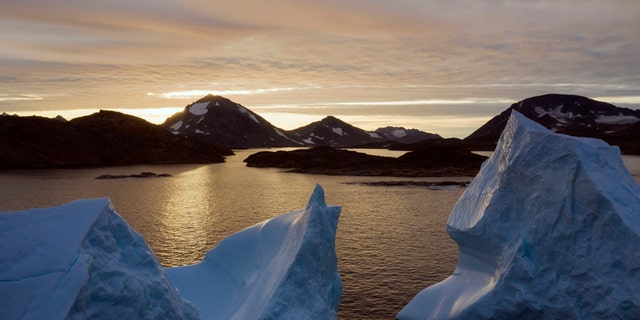 FILE – This early Friday, Aug. 16, 2019 file photo shows an aerial view of large Icebergs floating as the sun rises near Kulusuk, Greenland. Greenland has been melting faster in the last decade, and this summer, it has seen two of the biggest melts on record since 2012. A special United Nations-affiliated oceans and ice report released on Wednesday, Sept. 24, 2019 projects three feet of rising seas by the end of the century, much fewer fish, weakening ocean currents, even less snow and ice, and nastier hurricanes, caused by climate change. (AP Photo/Felipe Dana)

Global sea-levels have risen 3.2 inches since 1993, according to the National Oceanic and Atmospheric Administration.

Other findings from the report include:

The report is conservative in some of its projections, including the levels of ice lost in Greenland and Antarctica, NASA oceanographer Josh Willis, who was not part of the study, told the AP.

"We're not done revising our sea level rise projections and we won't be for a while," Willis said, adding that a rise in sea levels of twice the IPCC projections is possible.

Despite the bleak nature of the report and it stating that some changes to the Earth's climate can longer be stopped, all hope is not lost. It calls on governments around the world to act and take swift action in an effort to mitigate some of the devastating effects.

“If we reduce emissions sharply, consequences for people and their livelihoods will still be challenging, but potentially more manageable for those who are most vulnerable,” Lee said in the release. “We increase our ability to build resilience and there will be more benefits for sustainable development.”

“Cutting greenhouse gas emissions will limit impacts on ocean ecosystems that provide us with food, support our health and shape our cultures,” Hans-Otto Pörtner, co-chair of IPCC Working Group II, concurred. “Reducing other pressures such as pollution will further help marine life deal with changes in their environment while enabling a more resilient ocean.”