Spring could soon start in FEBRUARY: UK plants are flowering a month earlier due to climate change, study warns

Plants in the UK are flowering a month earlier on average due to climate change, a new study suggests.

Researchers said their findings were ‘truly alarming’ because of the risk that some species could collapse, primarily as a result of plants being out of sync with insects and birds that have evolved to share their development stages.

If global temperatures continue to increase at their current rate, spring in the UK could eventually start in February, according to experts led by Cambridge University.

They analysed more than 400,000 observations of 406 plant species in a citizen science database with records going back to the 18th century.

Among the common plants studied that are blooming earlier include common lilac, English oak, horse chestnut and narcissi, or daffodil. 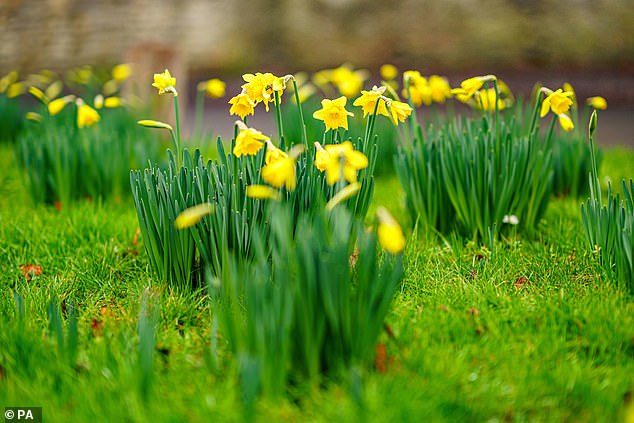 Plants in the UK are flowering a month earlier on average due to climate change, a new study suggests. In Hillesley, Gloucestershire, mild January weather caused this roadside daffodil patch to flower prematurely last month

WHAT IS NATURE’S CALENDAR AND WHEN WAS IT STARTED?

Its data is used by researchers from across the world to explore the effects of weather and climate on timings in wildlife.

The record, which dates back as far as 1736, monitors plants, animals and fungi across Britain.

Members of the public are asked to contribute to it by letting experts know what’s happening to wildlife in their area.

There is even an interactive map that shows the first nest building of different types of birds over the past decade, as well as the first flowering of plants.

Lead author Professor Ulf Buntgen, from Cambridge’s Department of Geography, said: ‘The results are truly alarming, because of the ecological risks associated with earlier flowering times.

‘When plants flower too early, a late frost can kill them — a phenomenon that most gardeners will have experienced at some point.

‘But the even bigger risk is ecological mismatch.

‘Plants, insects, birds and other wildlife have co-evolved to a point that they’re synchronised in their development stages.

‘But if one component responds faster than the others, there’s a risk that they’ll be out of sync, which can lead species to collapse if they can’t adapt quickly enough.’

The dataset, called Nature’s Calendar, is maintained by the Woodland Trust.

It includes observations of seasonal change as recorded by scientists, naturalists, amateur and professional gardeners, as well as organisations such as the Royal Meteorological Society.

‘We can use a wide range of environmental datasets to see how climate change is affecting different species, but most records we have only consider one or a handful of species in a relatively small area,’ said Prof Buntgen.

‘To really understand what climate change is doing to our world, we need much larger datasets that look at whole ecosystems over a long period of time.

‘Anyone in the UK can submit a record to Nature’s Calendar, by logging their observations of plants and wildlife.

‘It’s an incredibly rich and varied data source, and alongside temperature records, we can use it to quantify how climate change is affecting the functioning of various ecosystem components across the UK.’ 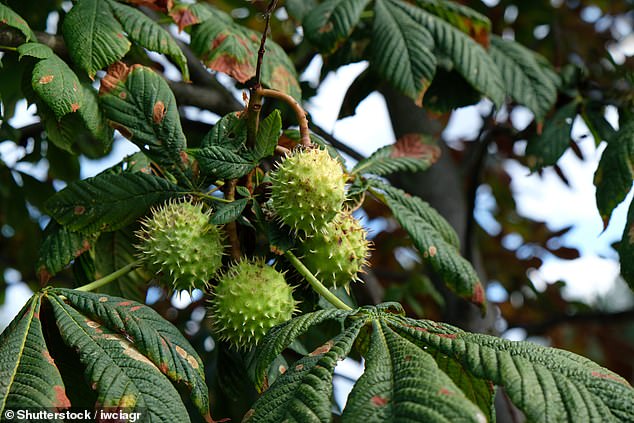 Among the common plants studied that are blooming earlier include common lilac, English oak, horse chestnut (pictured) and narcissi, or daffodil

In the study, researchers used observations of the first flowering date of trees, shrubs, herbs and climbers, in locations from the Channel Islands to Shetland, and from Northern Ireland to Suffolk.

They classified the observations in various ways: by location, elevation, and whether they were from urban or rural areas.

The first flowering dates were then compared with monthly climate records.

To better balance the number of observations, the researchers divided the full dataset into records until 1986, and from 1987 onwards.

The average first flowering advanced by a full month, and is strongly correlated with rising global temperatures.

Prof Buntgen said that if global temperatures continue to increase at their current rate, spring in the UK could start in February.

Co-author Professor Tim Sparks, of Cambridge’s Department of Zoology, said: ‘Continued monitoring is necessary to ensure that we better understand the consequences of a changing climate.’

The research is published in the journal Proceedings of the Royal Society B.

WHAT ARE THE UK’S MOST ENDANGERED PLANTS? 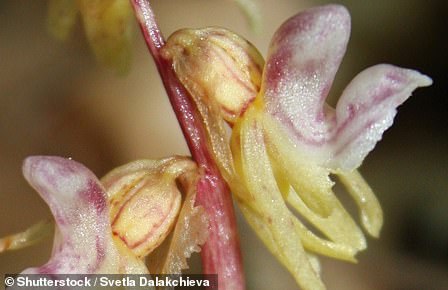 This orchid was thought extinct until it was spotted in Herefordshire in 2009. It usually grows underground in deep leaf litter only rarely popping its white flower above the surface to attract pollinators. 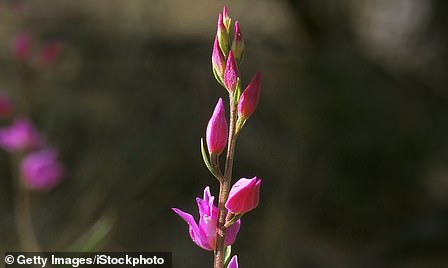 The Red Helleborine grows in southern England and is best seen in May, June and July

This orchid grows a stem up to 60cm in height that can carry up to 17 flowers that are a deep shade of pink. Plantlife UK said it may have become rare due to a decline in the population of its pollinators and the right habitat for them. 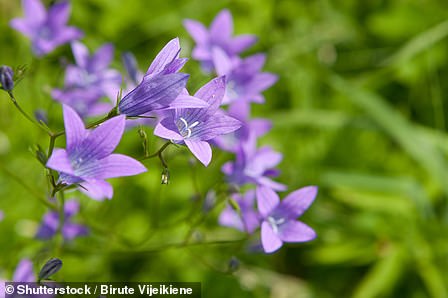 Spreading Bellflowers are only found in 37 places in the UK

Where? Welsh borders and west Midlands

The Spreading Bellflower is only found in 37 10-km square areas in the UK, but in very small numbers. It is threatened by changes in woodland management, such as the end of coppicing and other disturbances, and an increased use of herbicides on roadsides and railway banks. 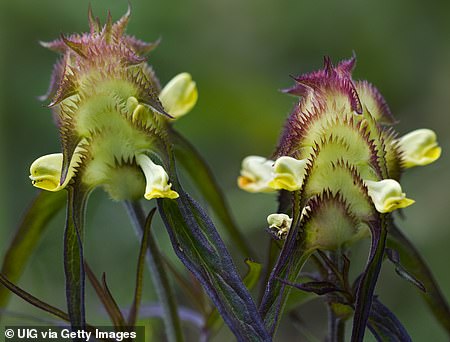 Where? East Anglia and other areas

The plant grows to 15 to 40cm high and produces pink flowers with yellow lips. It grows in meadows, competing with scores of other plants to attract insects.

Best time to see: April and May

It sprouts mainly in the Cotswolds, and can be seen growing out of hedges, walls and banks.

Ploughing, the levelling of rough land, increased use of fertilisers and herbicides and neglecting marginal land have all led to the plants gradual demise. It is often choked by thicker smothering plants. 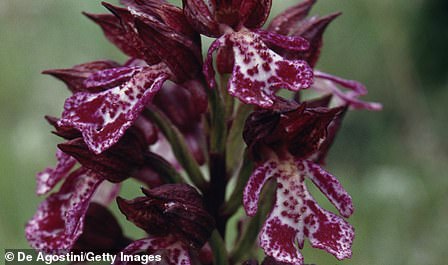 The Lady Orchid, which has stunning pink flowers, grows in Kent and Oxfordshire

Habitat: Edges of woodland and grassland

Where? Kent and Oxfordshire

This purple-coloured orchid produces large stems of 200 flowers that grow up to 80cm in height. It can be seen growing on the edges of woodland, and sometimes in open grassland. 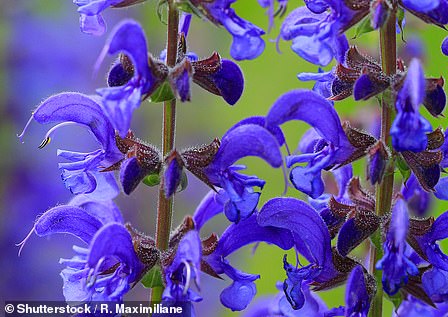 Where? Oxfordshire, Chilterns and north and south Downs

This plant declined before 1950 when less land was used for grazing and it was smothered by other coarser plants. It is now found in just 21 areas in the south of England, where it was probably re-introduced through ‘wild flower seed’ mixtures.

The sun loving plant grows in open grassland, and along south-facing hedge banks and the southern edges of woodland. 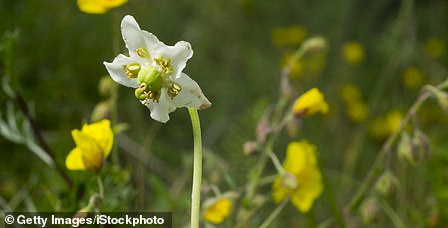 This single-flowered plant grows in damp, shaded areas of pine forests. It is clearly visible against the dark soil and rotting pine leaves. The white flower faces downwards from the end of a tall stem, looking a bit like an umbrella 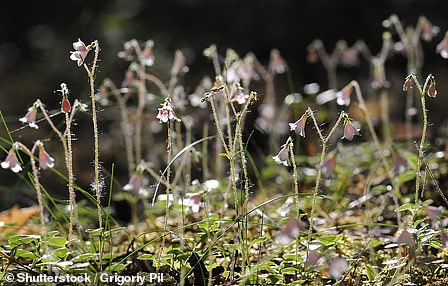 The Twinflower is a relic from the ice age

An arctic-alpine plant that is a relic of the ice age, It has two pink bell-like flowers on a slender stem and a thicker stem below that creeps along the ground forming small mats. The Twinflower is considered one of our smallest and most delicate native flowers. 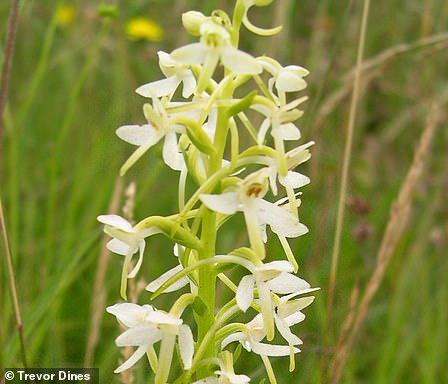 Where? England, Cardiganshire in Wales, and parts of Scotland and Northern Ireland

This white-flower orchid has been lost from 75 per cent of the English countryside since records began. Growing a 30cm-high stem, the plant is now scattered across open areas and those with acidic soil. The best chance of seeing it is in the Cae Blaen Dyffryn Nature Reserve, Wales, which hosts a population that can exceed 3,000 in good years.

The orchids decline may be linked to a symbiotic fungus it depends on to grow, according to Plantlife UK, which is very sensitive to fertilisers and fungicides. Their use on open grassland may have played a part in the plants march towards extinction. 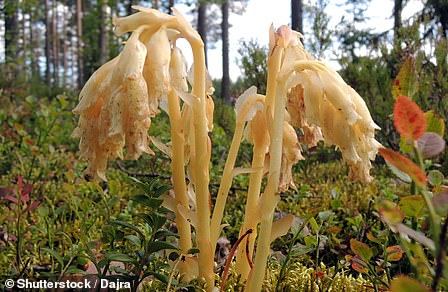 Best time to see: All year

The whole plant is a yellow-brown colour, and tends to grow in leaf litter in shaded woodland. However, it began to decline after 1930, possibly due to changes in woodland management, overgrazing and habitat fragmentation.