UFO encounters 'appear as an act of war' says expert

Recently-leaked footage of at least 14 flying objects swarming the USS Omaha combat ship has sparked concerns over America’s defence capabilities. The video, which was leaked by documentary filmmaker Jeremy Corbell, appears to show “flying craft” UFOs hitting speeds of 160mph. Nick Pope, a former UFO investigator with the British Ministry of Defence (MoD) has called the footage a sensational but worrying development.

American’s interest in the UFO phenomenon has been reignited earlier this year after a Covid relief bill signed by former president Donald Trump forced America’s intelligence agencies to divulge what they know about UFOs.

The so-called Pentagon report on UFOs is due to be presented to Congress next month – 180 days after the bill was signed.

On the one hand, some people believe evidence of alien life will finally see the light of day. 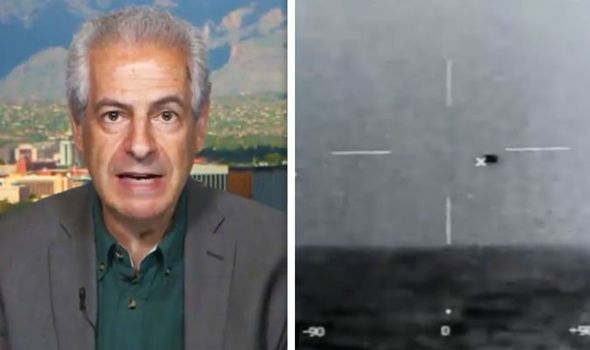 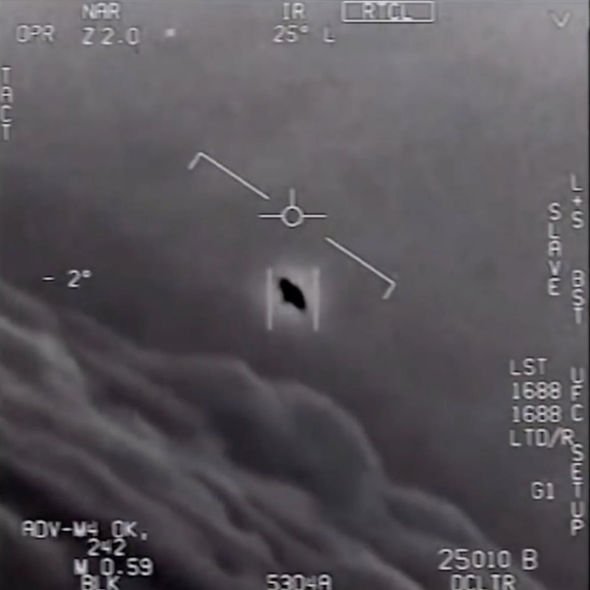 On the other hand, Mr Pope said the reports might shed new light on the technological advancements of America’s adversaries.

And though there is no guarantee the leaked UFO sightings are indeed aliens, the expert said they are nevertheless concerning.

Mr Pope investigated UFO reports for the British Government in the 1990s to assess whether they posed any threat to Britain’s safety.

Known to some as the British Fox Mulder, he appeared on Fox Business to discuss the latest leak.

He said: “Well I don’t know for sure what we’re looking at but it’s nothing short of sensational and it’s extremely concerning.

“Here we have US Military assets being swarmed by something unknown.

“This is automatically a defence and national security issue.

Although a date for the Pentagon report has not been announced yet, pundits expect it to be published possibly next week.

As to the report’s contents, Mr Pope said there are “factions” within the US government that believe these UFOs may be extraterrestrial. 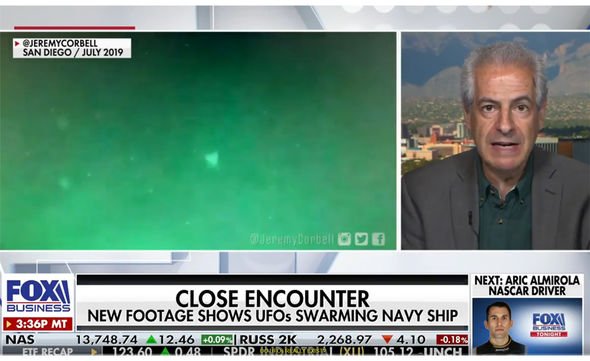 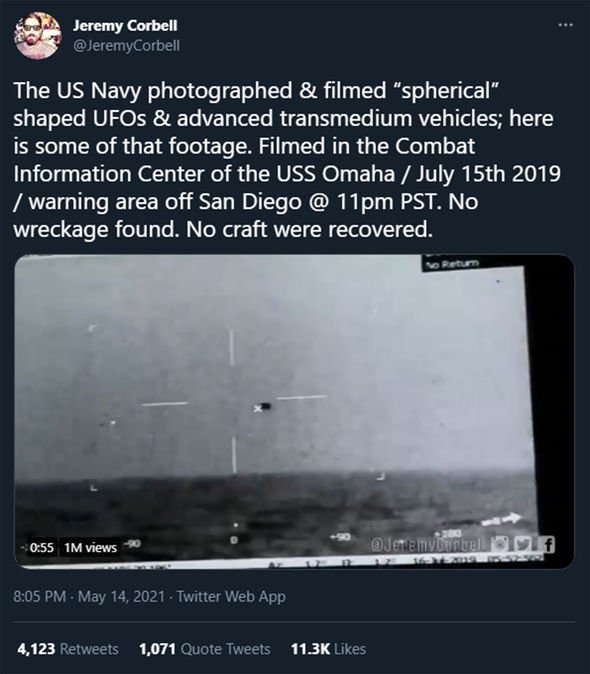 There is also a concern about the potential threat posed by these unidentified objects, considering how close they appear to get to America’s warships.

Mr Pope said: “We need answers and hopefully we’ll get them.

“But, of course, the report’s going to be unclassified but it can have a classified annexe.

“So all the really interesting material may still be withheld. We don’t know yet.”

One thing the expert is certain, however, is that UFOs “absolutely exist”.

He added: “All these leaks coming out, by the way, have been authenticated by the Pentagon.

The big question now is, whether these objects are foreign assets in US air space or alien visitors to our planet.

Mr Pope has previously told Express.co.uk he believes scientists will discover alien life in a matter of years.