Curiosity is a car-sized rover designed to explore the Gale crater on Mars as part of NASA’s ongoing mission to explore the Red Planet. Since Curiosity landed on Mars in 2012, the rover has covered almost 13 miles on Mars and revealed evidence of water on Earth’s nearest neighbour. But a well-known alien life conspiracy theorist believes Curiosity has now uncovered proof of something even more incredible – an alien UFO spacecraft on the surface of Mars.

Speaking on his etdatabase.com blog, Scott Waring said: “Do you see this structure in the upper right hand corner – the one that looks like a pie pan turned upside down?

“On one side it appears to actually be transparent, so maybe it has windows you can see through?

“This building is remarkable. You can see it has a metallic structure on the outside.

“It looks to me like a possible flying disc which has landed or crashed on Mars.

“And maybe aliens are utilising the craft as a base of some sort.” 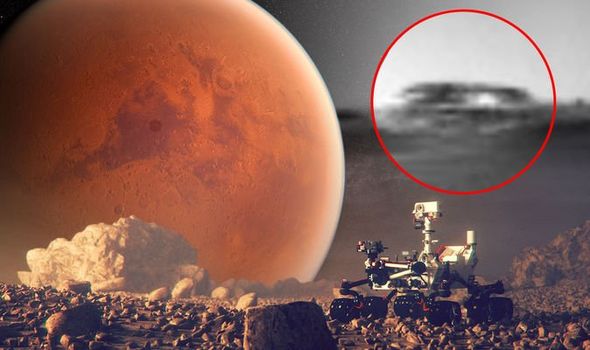 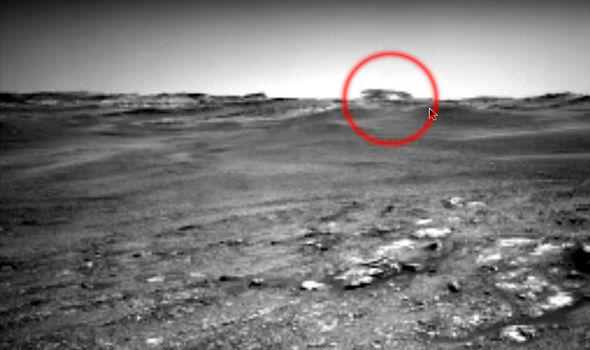 The image is believed to have been automatically uploaded by the NASA Curiosity Mars rover’s blog.

He adds: “It is strange the NASA Mars rover is ignoring the UFO while it passes so close by.

“NASA are not supposed to report real alien news or the discovery of alien artefacts.

“NASA are supposed to appease the public by drip-feeding them bits of already-known scientific information about Mars.

“But I am here to tell you that there are alien artefacts and interesting structures on Mars, and this is one of them.

“It is incredible that metallic structures can exist on Mars and NASA Curiosity has just rolled right by it. 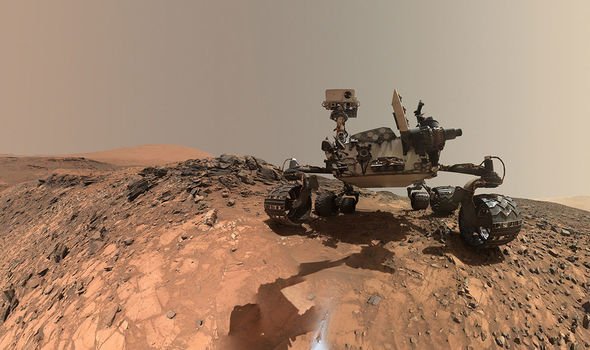 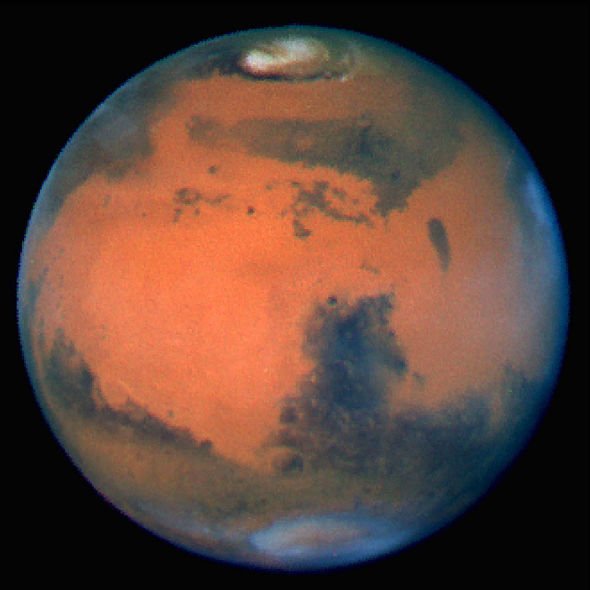 “And NASA is must be hoping that nobody is going to notice them.”

The NASA photograph purporting to show the alien UFO on Mars soon attracted scores of comments on YouTube.

YouTube user Loki joked: “Hi Scott, that has got to be the least curious rover ever made!”

Thomas J M Mundt added: “Nice find. Looks like some sort of building to me.

“Could that be a sort of building over to the left of it, looks like light is coming from parts of it. Interesting photo.”