NASA’s Apollo 7 mission saw three astronauts enter orbit around Earth in 1968 for the first manned spaceflight in the historic Moon landing programme. As the astronauts sped around the planet at more than 17,000mph, they snapped photos of the Earth below them. According to prominent conspiracy theorist Scott C Waring, one of these Apollo 7 photos shows a “green UFO” flying over Earth.

The NASA photo in question shows a region in the northwest of Argentina.

According to NASA’s archive, it is the Salar del Hombre Muerto salt plain.

In the top-left corner, there appears to be a green streak of light, which Mr Waring believes could be an alien spaceship.

The UFO expert wrote on his blog ET Database: “I found a NASA photo from the old 1968 Apollo 7 mission and it has a green UFO in the upper left corner. 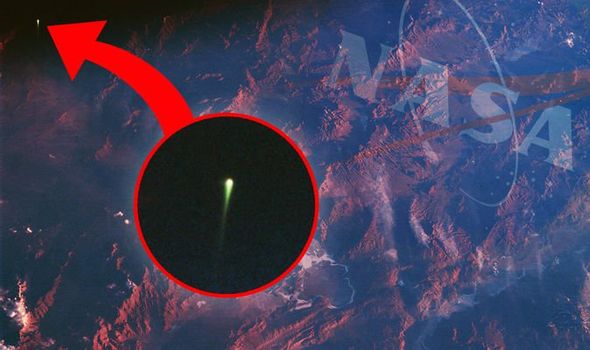 “The UFO is unlike any spacecraft I have ever seen and seems to be a UFO that is passing below the Apollo 7 module.

“The photo itself gives us lots of information like the module’s exact location, date, camera type, and much more.”

The photo was shot using a medium format Hasselblad camera at a focal length of 80mm.

The image was captured on Kodak Ektachrome 64 film.

Mr Waring said: “I look back at the earlier and later photos and could not find this object in any form.

“This is the only photo that contains this strange object.

The UFO is unlike any spacecraft I have ever seen

“The is absolute proof that aliens were watching the historic Apollo 7 mission.”

The image sparked some discussion in the comment section, with Mr Waring’s viewers debating the nature of the green streak. 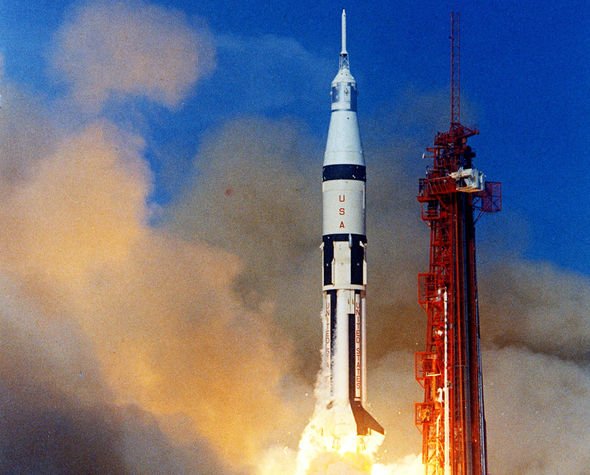 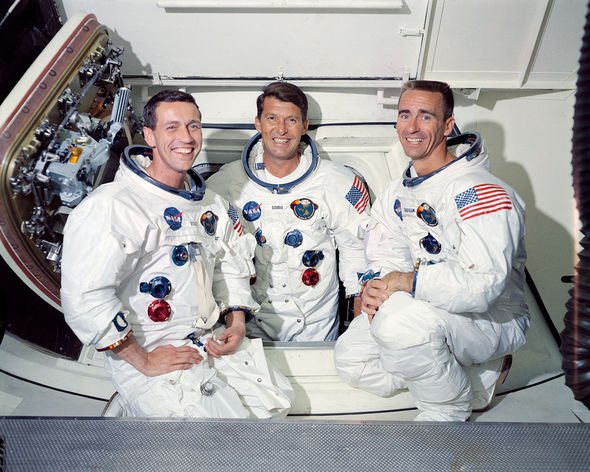 According to one viewer, it is not a UFO but rather a meteor burning up in the atmosphere.

Other viewers praised the UFO hunter for showcasing the image.

“Clearly, you possess amazing intuitive skills as to find these critical anomalies.”

But there is no plausible evidence of alien spaceships visiting our planet.

Scientists can, however, explain why so many self-titled UFO experts see aliens in NASA photographs.

A peculiar trick of the mind known as pareidolia is likely to blame.

Pareidolia causes people to see shapes and patterns where they do not exist.

NASA said: “Pareidolia is the psychological phenomenon where people see recognizable shapes in clouds, rock formations, or otherwise unrelated objects or data. There are many examples of this phenomenon on Earth and in space.”