Firms involved in the construction and development of the coronavirus linked emergency Nightingale hospitals have been hit by cyberattacks.

Outsourcing giant Interserve, and construction company BAM Construct UK have confirmed they were hit by a ‘significant cyberattack’ in the past week.

Interserve holds crucial government contracts for a range of services in prisons, schools and hospitals.

BAM Construct was involved in the construction of the Nightingale Hospital Yorkshire and the Humber in Harrogate.

BAM Construct said the incident had had no operational effect on the Nightingale hospital or any other of its construction schemes. 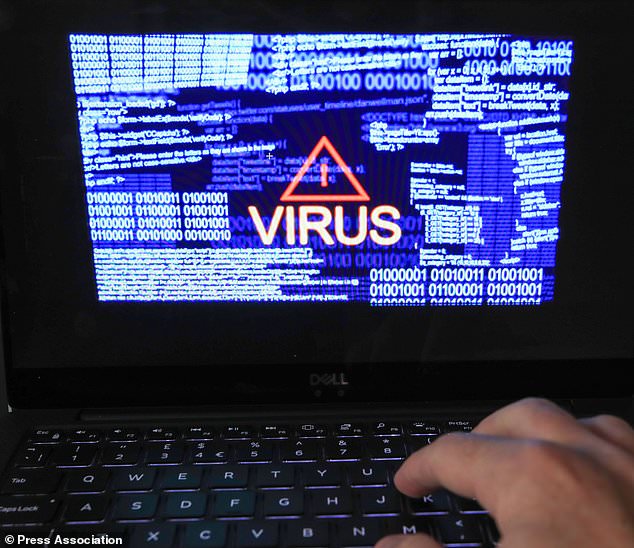 A stock image of a laptop screen showing a computer virus warning. In response to a Freedom of Information request by the Scottish Conservatives six health boards said their cyber defences had been successfully breached in a total of 117 cyber attacks, including one from North Korea, in the past five years.

The incidents come after a joint advisory from the cybersecurity agencies in the UK and US warning firms working on the COVID-19 response to be on their guard.

Last week, the UK’s National Cyber Security Centre (NCSC) and the US Cybersecurity and Infrastructure Security Agency (CISA) said they believe criminals were targeting such organisations in the hope of gathering coronavirus outbreak information.

In a statement, BAM Construct UK said they stood up extremely well to the ‘significant cyber-attack’ linked to a wider wave of COVID-19 incidents.

‘Supplier and employee payments are being made and so it is, for our clients, subcontractors and our teams, pretty much business as usual,’ a spokesperson said.

‘Our IT teams have closed access to a number of systems, including our website, as a precaution and we have alternative arrangements in place when necessary to ensure business continuity.’

They say their own precautions against cyberattacks have had more of an effect on normal working procedures than the attack itself.

‘It is important for us to be absolutely confident that restoring all systems – at a time when we are working from home in unprecedented numbers – is done carefully.

‘We have reported the attack to the authorities and, as everyone would after such an event, are taking the opportunity to learn from it to make any necessary changes to our systems for the future,’ the spokesperson said.

Earlier on Wednesday, Interserve had confirmed its own cyberattack, confirming some of its services could be impacted as a result.

‘Interserve is working closely with the National Cyber Security Centre (NCSC) and Strategic Incident Response teams to investigate, contain and remedy the situation. 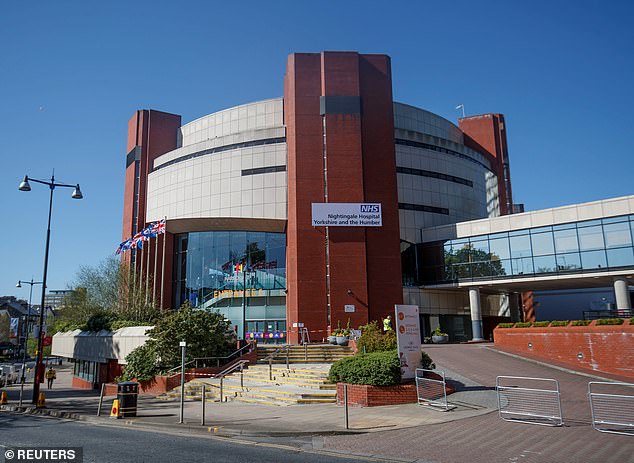 ‘This will take time and some operational services may be affected,’ the firm said.

‘Interserve has informed the Information Commissioner (ICO) of the incident at the time it happened and said they were providing updates as appropriate.

‘Interserve’s employees, former employees, clients and suppliers are requested to exercise heightened vigilance during this time,’ the company said.

The ICO confirmed it was aware of the incident and that it would ‘assess the information provided’.

Responding to the initial attack on Interserve, an NCSC spokesperson said: ‘We are aware of an incident affecting Interserve Group Limited and are working closely with the company to understand its impact and advise on mitigation.’

The NCSC has not yet commented on the second incident.