Twitter has introduced a new feature that allows users to choose who can reply to a tweet even after it’s been sent.

Users can now select who can reply to their live tweets—people specifically tagged in the tweet, the user’s followers, or any Twitter member.

Anyone can still view, retweet, retweet with Comment, and ‘like’ posts, and see who is invited to reply. 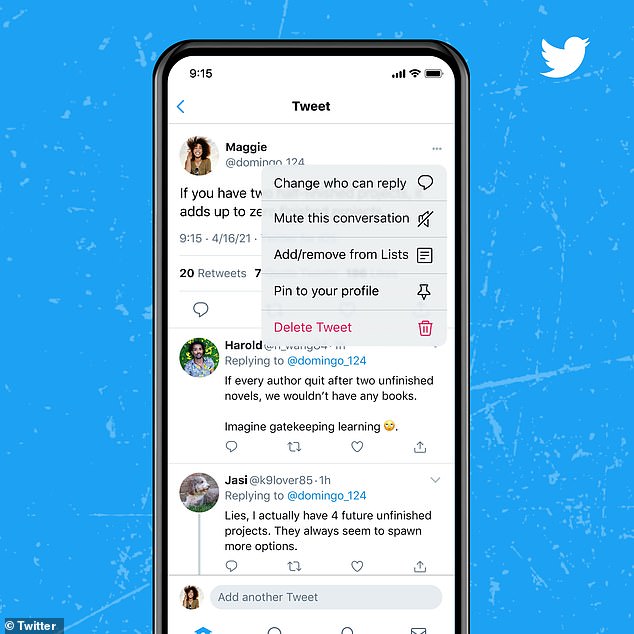 The company described the reply control settings as transforming Twitter threads into ‘conversations’ that would enable users to ‘feel safer Tweeting and have more meaningful conversations.’

The San Francisco-based media giant debuted the feature Tuesday, but has been experimenting with it at least since May 2020.

To change the list of respondents, users can select from a drop-down menu that also enables them to mute conversations and delete tweets altogether.

Twitter began allowing all users to control who could reply to tweets back in August 2020, but respondents had to be tagged before a post was published and could not be edited later. 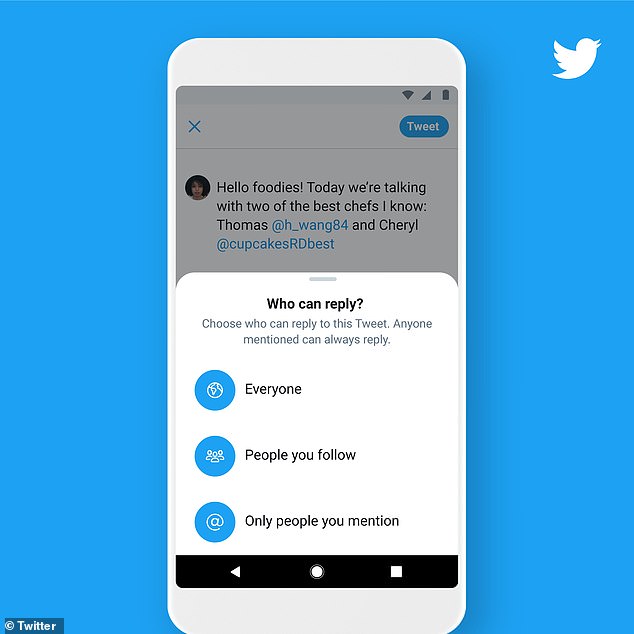 Members can choose among allowing just people mentioned in the story to respond, followers or all Twitter users. The feature would turn threads into ‘conversations’ that let users ‘feel safer Tweeting and have more meaningful conversations,’ according to the company

Now users can retroactively tighten the reins on who responds, if they find they’re being harassed or inundated with irrelevant replies.

‘Your Tweets = Your space,’ Twitter Safety tweeted Tuesday afternoon in announcing the rollout. ‘Now you can change who can reply to you even after you Tweet.’

In 2020, amid the US presidential election and ongoing COVID-19 pandemic, the company focused on identifying hate speech and misinformation, warning users if a link contained debunked conspiracy theories.

If Twitter’s algorithms thinks a user may send out an abusive tweet, it’ll send a pop-up asking them if they’re certain they want to publish it.

This year, it’s focused on giving users more control over their posts: In June, Twitter launched Twitter Blue, a subscription service giving preferred users the ability to edit tweets that had already been posted.

Subscribers can use an ‘undo’ feature enabling them to retract and make changes up to 30 seconds after hitting send.

The new feature initially rolled out to users in Australia, where it costs about $3.33 US a month, and Canada, where the charge is approximately $2.50 US per month. 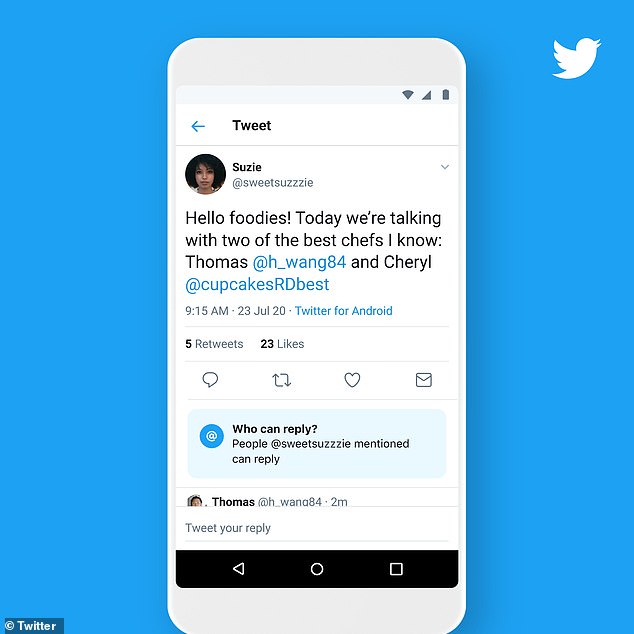 Other members will see who is invited to reply. People who can’t reply will still be able to view, retweet, retweet with Comment, and ‘like’ posts

The company has not yet said when it will roll out the feature in the US.

But Twitter denied the move is part of a gradual plan to start charging to use the entire platform, insisting free service ‘is not going away, and never will.’

‘This subscription offering is simply meant to add enhanced and complementary features to the already existing Twitter experience for those who want it,’ the company said at the time. 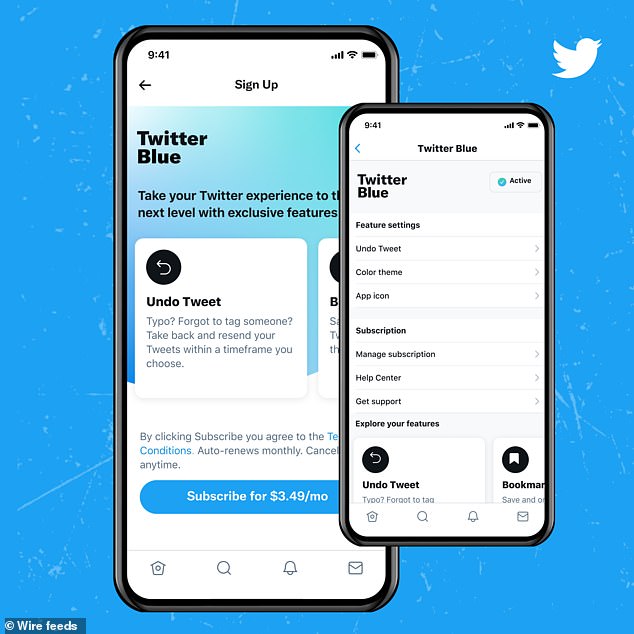 In April, Twitter unveiled a Tip Jar, enabling users to send and receive money on the platform as a way to ‘receive and show support.’

The tool adds a new Tip Jar icon to a user’s profile and gives payment options to anyone who taps it, with services such as PayPal already signed up.

So far, content creators, journalists, experts and non-profit organizations have been among the first groups to be given access to the new tool.

In 2019, Twitter expanded a feature that lets users hide certain replies that they may find objectionable or unfit for public consumption.