Toxic metals are seeping into our BONES as they’re released into the air during the production of smartphones, batteries, solar panels and wind turbines, study warns

Toxic metals released during the production of technology like batteries, smartphones, solar panels and wind turbines could be seeping into our bones.

This is the warning of experts from the Hebrew University of Jerusalem who studied lead pollution in the remains of 130 people buried in a cemetery in central Rome.

The burial site under the Palazzo della Cancelleria was in use from around 12,000 years ago — before the advent of metal production — through to the 17th century.

The team found that as worldwide lead production increased over time, so did the rates of lead absorption into the bodies of the people buried in the cemetery.

Lead is breathed in from the atmosphere, the researchers explained, meaning that the pollution affected even those not involved in the toxic metal’s production.

The findings — in tandem with the increasing demand for toxic metals like lead for assorted technologies — raise wide-reaching public health concerns.

Historically, lead production received a boost 2,500 years ago with coin minting, an uptick which peaked during the Roman period before declining in the Middle Ages.

Production rose again 1,000 years ago, prompted by silver mining in Germany, then the New World and finally to meet the demands of the Industrial Revolution.

The study builds on previous works which showed that rates of lead production are also documented in environmental archives like lake sediments and glaciers. 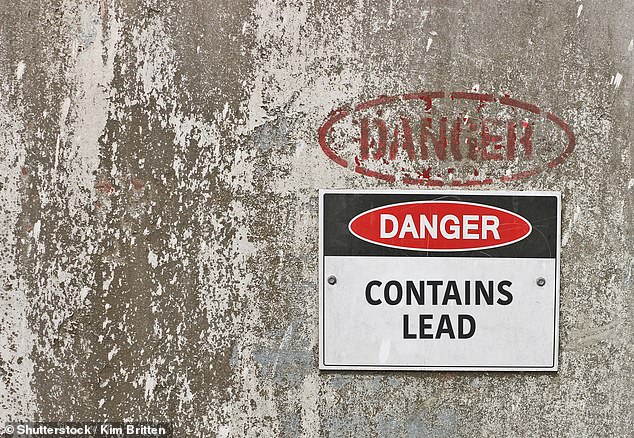 Toxic metals released during the production of technology like batteries, smartphones , solar panels and wind turbines could be seeping into our bones (stock image) 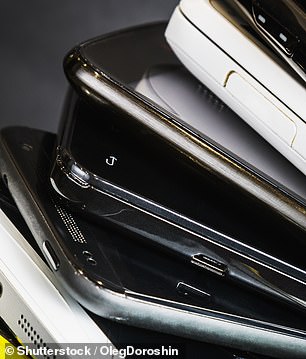 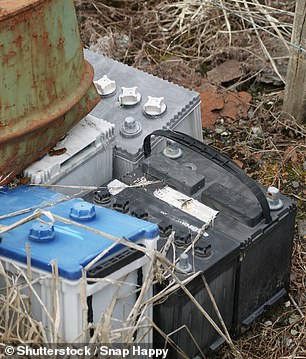 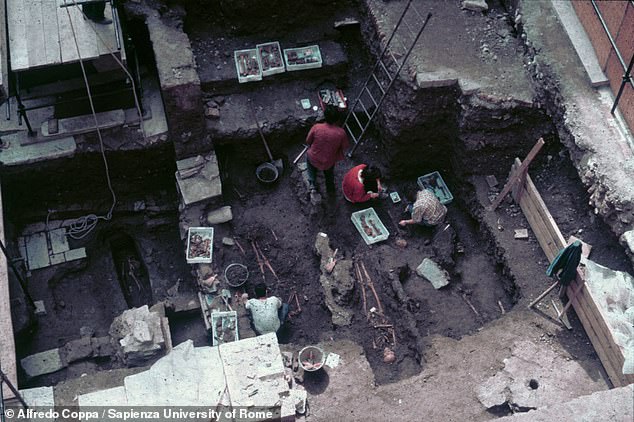 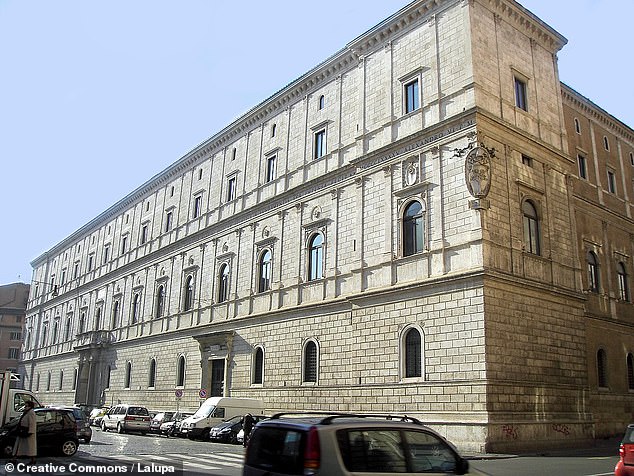 The burial site under the Palazzo della Cancelleria (seen here from the outside) was in use from around 12,000 years ago — before the advent of metal production — to the 17th century

Lead poisoning can occur when lead enters the body.

Signs can include fatigue, pain, memory loss and headache.

In most cases it’s small amounts of lead consumed over time that build up and cause health problems.

This has resulted in a very low exposure to lead for the majority of people.

However, one of the main potential risks can be through drinking tap water if your property has lead pipes, a lead water tank or lead pipework fittings.

In a small number of cases this can result in lead contaminating the water supply.

The study was undertaken by geochemist Yigal Erel of the Hebrew University of Jerusalem and colleagues.

‘This documentation of lead pollution throughout human history indicates that, remarkably, much of the estimated dynamics in lead production is replicated in human exposure,’ Professor Erel explained.

‘Thus, lead pollution in humans has closely followed their rates of lead production. Simply put: the more lead we produce, the more people are likely to be absorbing it into their bodies. This has a highly toxic effect.’

In total, Professor Erel and colleagues analysed bones fragments from 130 people who were laid to rest in the burial ground.

The team was able to calculate the level of lead pollution in each individual by analysing the composition of their bones.

They found that this recorded pollution closely tracked against estimated historical rates of worldwide lead production.

‘The close relationship between lead production and lead concentrations in humans in the past suggests that without proper regulation we will continue to experience the damaging health impacts of toxic metal contamination,’ Professor Erel said.

Those at the greatest risk from lead poisoning are those with the most exposure to the toxic metal, including miners and workers in recycling facilities.

However, lead can also be found within various forms of electronic hardware from batteries to the latest generation of solar panels.

Through disposal and deterioration, these objects can release their toxicity into the atmosphere we breathe and and the soil within which we grow our crops.

‘Any expanded use of metals should go hand in hand with industrial hygiene, ideally safe metal recycling and increased environmental and toxicological consideration in the selection of metals for industrial use,’ Professor Erel concluded.

The full findings of the study were published in the journal Environmental Science & Technology. 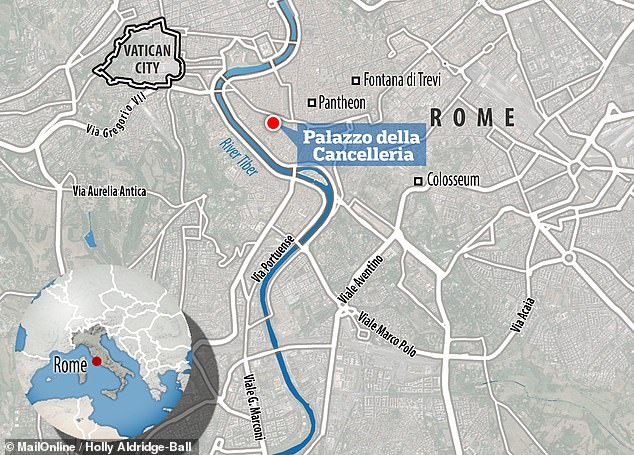 The burial site under the Palazzo della Cancelleria was in use from around 12,000 years ago — before the advent of metal production — through to the 17th century

Birds are easily poisoned by the heavy metals found in their environment.

The three heavy metals which commonly poison birds are lead, zinc, and iron.

Common symptoms that a bird is suffering from heavy metal poisoning are:

Zinc and iron are present in food and are required in small amounts for a healthy bird.

When abnormal amounts are present in the bird’s body, the same heavy metals can lead to poisoning.

Lead poisoning is no longer as common as it once was thanks to increased awareness of the dangers.

Heavy metal poisoning with iron can lead to iron storage disease, which causes the the nutrient to deposit in the internal organs of the body.

This can lead to liver problems and damage other organs.