The laws of physics might preclude us from ever building a working time travel machine, but this has not stopped the internet from coming up with wild conspiracy theories. This was the case when social media users stumbled upon a more than 120-year-old photo taken in Canada during the 19th century Gold Rush. The photo, which has since been verified by the University of Washington archives, shows three young children working at a Yukon gold mine – and one of them happens to eerily resemble the 18-year-old activist Greta Thunberg.

At first glance, the girl in the photo appears to be the spitting image of activist, even down to her signature braided hairstyle.

The discovery prompted many wild claims and Terminator-esque theories about Greta time travelling to the past to save the future.

One person said in jest: “If this @GretaThunberg conspiracy is true, she’s not a very organized time traveller. She should have been here 10 years ago.”

Another person said: “So, ‘Greta Thunberg’ is in a photo from 120 years ago, and it’s my new favourite conspiracy.

“Greta’s a time traveller, from the future, and she’s here to save us.” 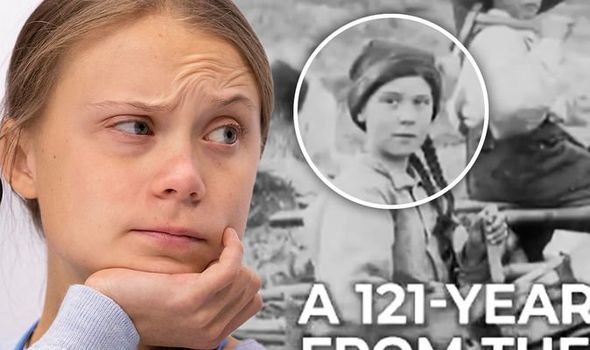 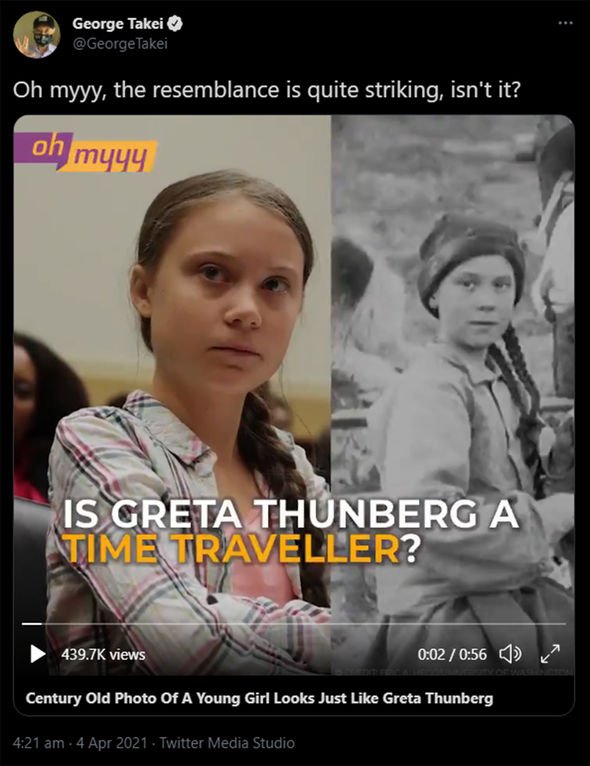 Now, more than a year after the image first went viral, Star Trek legend George Takei has shared it with his more than 3.2 million Twitter followers.

Mr Takei is no stranger to the weird and wonderful after famously portraying the helmsman Hikaru Sulu on the original Star Trek TV series.

He recently tweeted out a brief video clip about Greta’s doppelganger that was assembled by his Oh Myyy label.

The veteran actor said: “Oh myyy, the resemblance is quite striking, isn’t it?”

The video kicks off with the most obvious question people have asked: “Is Greta Thunberg a time traveller?”

The clip then briefly describes the picture’s origin in the University of Washington (UW) archives before tossing in some humourous tweets in support of the time travel theory.

The video concludes by saying: “Now this is one conspiracy theory we hope checks out.”

Time travel enthusiasts, however, might be disappointed to learn Greta Thunberg is not a time traveller in any shape or form.

The photo is, however, genuine and was snapped by the Swedish-American photographer Eric A. Hegg (1867 to 1947). 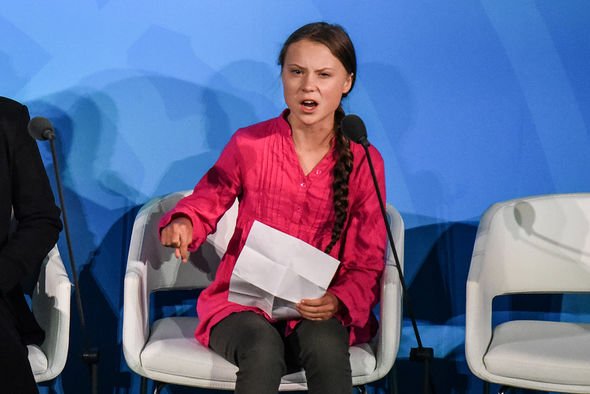 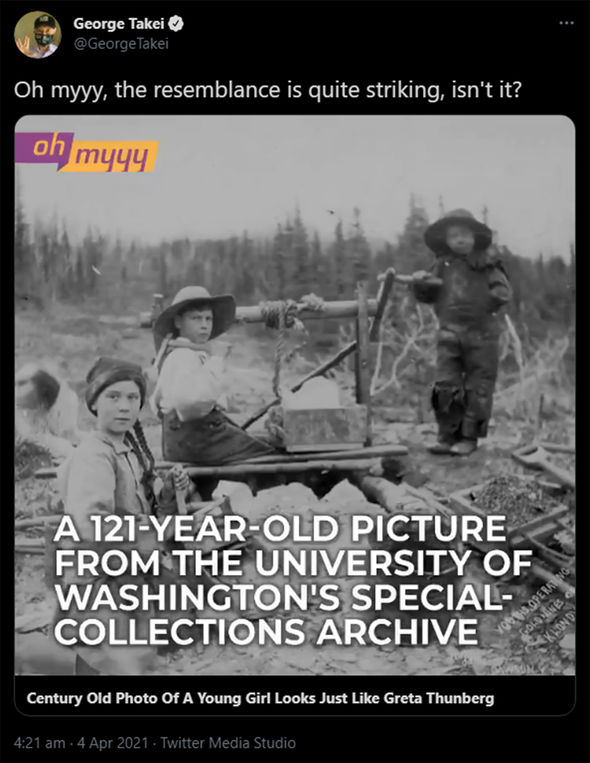 Born in Sweden, the photographer settled in Whatcom County in the US state of Washington in the 1880s.

According to a blog post by UW’s Lizabeth Wilson, Mr Hegg opened up a multitude of photography studios in Alaska after hearing about the gold rush in the Yukon Territories.

Mr Hegg’s work has documented life in the Klondike era and can be found in the University of Washington impressive Special Collection archive.

Unfortunately, there is no record of the three pictured children or their identities.

And the photo was simply captioned by the photographer: “Youths operating gold mines on Dominion. Klondyke, YT”.

What is known, however, is the image was taken at Dominion Creek and was donated to the University more than 50 years ago.

Lisa Oberg, interim director for the UW Libraries Special Collections, said: “Conspiracy theories aside, we are delighted that the collection is receiving attention because it underscores the historical importance of the images as well the unique role that Libraries and other archives play, not only in safekeeping, but in telling these stories, and ensuring accessibility.”

In 1997, the university hosted a special exhibition to showcase many of the images taken during the Gold Rush.