In 1966, he found heat-resistant bacteria in a hot spring at Yellowstone National Park. That led to the development of the chemical process behind the test for Covid-19. 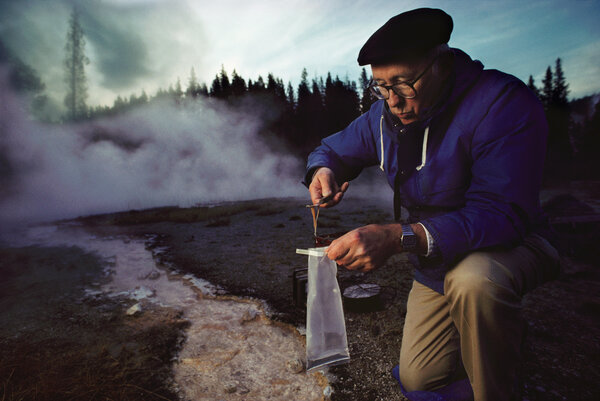 Thomas Brock, a microbiologist, was driving west to a laboratory in Washington State in 1964 when he stopped off at Yellowstone National Park.

“I’d never seen Yellowstone before,” he said in an interview in 2017. “I came in the south entrance, got out of my car, and there were all these thermal areas spreading out from the hot springs into the lake. I was stunned by the microbes that were living in the hot springs, and nobody seemed to know anything about them.”

What fascinated him, on what would be the first of many trips to Yellowstone, were the blue-green algae living in a hot spring — proof that some life could tolerate temperatures above the boiling point of water.

It was the beginning of research that led to a revolutionary find in 1966: a species of bacteria that he called Thermus aquaticus, which thrived at 70 degrees Celsius (158 degrees Fahrenheit) or more.

The yellow bacteria — discovered by Dr. Brock and Hudson Freeze, his undergraduate assistant at Indiana University — survived because all their enzymes are stable at very high temperatures, including one, Taq polymerase, that replicates its own DNA and was essential to the invention of the process behind the gold standard in Covid-19 testing.

His wife, Katherine (Middleton) Brock, known as Kathie, said the cause was complications of a fall.