For a rodent that resembles the love child of a skunk and a steel wool brush, the African crested rat carries itself with a surprising amount of swagger. The rats “very much have the personality of something that knows it’s poisonous,” says Sara Weinstein, a biologist at the University of Utah who studies them.

In sharp contrast to most of their skittish rodent kin, Lophiomys imhausi lumber about with the languidness of porcupines. When cornered, they fluff up the fur along their backs into a tip-frosted mohawk, revealing rows of black-and-white bands that run like racing stripes down their flanks — and, at their center, a thicket of specialized brown hairs with a honeycomb-like texture.

Those spongy hairs contain a poison powerful enough to bring an elephant to its knees, and are central to Dr. Weinstein’s recent research, which confirmed ideas about how this rat makes itself so deadly.

Give them a chance and African crested rats will take nibbles from the branch of a poison arrow tree. It’s not for nutrition. Instead, they will chew chunks of the plants and spit them back out into their fur, anointing themselves with a form of chemical armor that most likely protects them from predators like hyenas and wild dogs. The ritual transforms the rats into the world’s only known toxic rodents, and ranks them among the few mammals that borrow poisons from plants.

Dr. Weinstein’s research, which was published last week in the Journal of Mammalogy, is not the first to document the crested rats’ bizarre behavior. But the new paper adds weight to an idea described nearly a decade ago, and offers an early glimpse into the animals’ social lives.

First documented in the scientific literature in 1867, the rarely-glimpsed African crested rat “has captured so much interest for so long,” said Kwasi Wrensford, a behavioral ecologist at the University of California, Berkeley who wasn’t involved in the study. “We’re now just starting to unpack what makes this animal tick.”

People in East Africa have long known about the crested rat’s poisonous punch, which has felled many an overcurious dog. (Those that survive their encounters tend to give the rats a wide berth.) In 2011, a team of researchers described the heart-stopping toxins that the rats milked from Acokanthera schimperi, a tree traditionally harvested by hunters who would use its juices to lace their arrows.

But only one crested rat, held in captivity, was observed engaging in these slathering shenanigans in the 2011 paper, raising the possibility that the behavior had been a fluke. 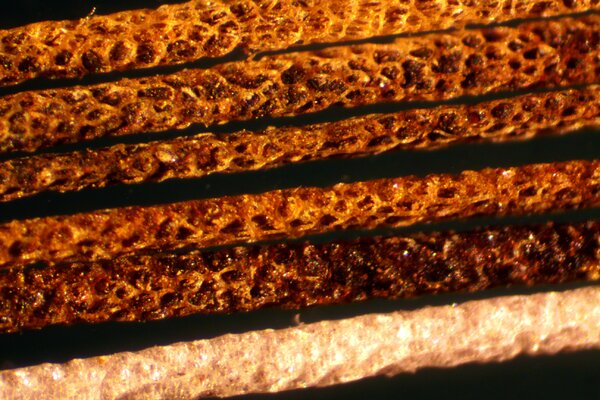 For their new paper, Dr. Weinstein and her team snared 25 rodents and filmed them in the lab. When offered cuttings of Acokanthera, some of the animals chomped on the bark then groomed it into their stripes.

Scientists still aren’t sure how often the rats anoint, or even how they tolerate the toxins themselves, especially if some of it ends up going down their gullets. (Like all other rodents, they are incapable of vomiting.)

For all their toxic toughness, though, the rats seem to enjoy surprisingly heartwarming private lives. The researchers found evidence that some of the male and female rats might go steady, or even jointly care for their young, while in captivity.

“Monogamy is very rare in mammals,” said Ricardo Mallarino, an evolutionary biologist at Princeton who wasn’t involved in the study. If it applies to these rats, “that could be very exciting.” But more research will be needed to confirm the rats’ familial fidelity, he said.

Lophiomys data is apparently precious to simians other than humans as well. While doing field work in Kenya, Dr. Weinstein was horrified when a gang of monkeys broke into her lab and absconded with some of the team’s crested rat fecal samples. In the chase that ensued, some of the packets of poop ripped open, scattering scat all about.

“The monkeys, I think, were equally disappointed,” Dr. Weinstein said. “That’s not what they were hoping was in there.”