A large spider which resembles a black widow is spreading rapidly across the world – including the UK – threatening native wildlife species, warn German and British scientists.

The Noble False Widow, Steatoda nobilis, native to Madeira and the Canary Islands, has been present in the South of England for more than a hundred years.

But now, after a long period of stasis, it has recently started to appear in the North of England, plus other new locations around the globe.

Specifically, biologists at the University of Manchester fear they’ll attack ‘vulnerable native species’ in their new environments – prey much larger than the spider’s own size. This, in turn, could disrupt the food chain and affect regional ecosystems. 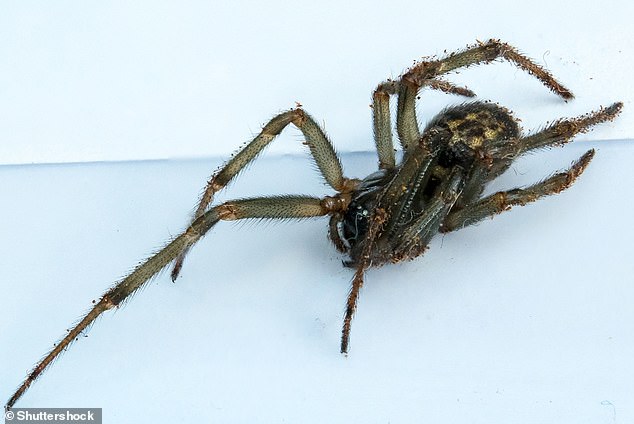 The Noble False Widow, Steatoda nobilis, native to Madeira and the Canary Islands, has been present in the South of England for more than a hundred years – but is now going global

The spread to Britain and Ireland has caused panic when false widows have been found in large numbers in schools and other public spaces.

‘Although its bite can be very painful, comparable to a severe bee or wasp sting, there are no confirmed cases of serious medical consequences from a Noble False Widow bite,’ said biologist Professor Rainer Breitling from The University of Manchester.

‘However, the intense public interest created by sometimes rather exaggerated press coverage is now helping our research. Members of the public have been contributing their observations to a large dataset of False Widow records for the British Arachnological Society’s Spider Recording Scheme.’

Researchers from The University of Manchester, German State Museum of Natural History Karlsruhe and Trier University scientists published their findings in in the journal NeoBiota.

In the paper, they describe how they used use computer modelling to predict favourable habitats for future false widow invasions, based on present occurrence patterns.

The model successfully predicted that the species would be found in Normandy, France, which was confirmed after a field trip to the area. 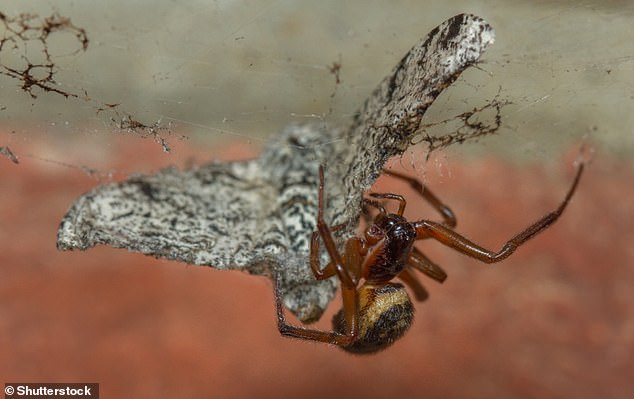 ‘These are areas that are home to a wide range of vulnerable native species, so the potential introduction of Steatoda nobilis, which can overcome prey much larger than its own size, is quite worrying,’ explained Professor Breitling.

‘We think that it’s likely that these animals get about by hitching a lift on of ornamental plant trade or tourism, rather than banana imports as has been previously thought.

‘So more careful monitoring of plant imports could be useful to control the spread of this species and other invasive spiders.

‘The University of Manchester has long been a hotspot of spider research in the UK; it houses one of the most diverse spider collections at the Manchester Museum.

‘Our researchers at the university are working on topics ranging from fossil spiders in amber to the mating dances of jumping spiders to the use of bacteria-produced spider silk for biotechnology.’

Millions of false widows, Britain’s most venomous spider, have been found across the UK and the population is believed to be growing.

The species has a brown bulbous abdomen with cream markings that look like a skull. They have long legs and can reach about 15mm in size.

Also known as steatoda nobilis, the spider is frequently confused for the black widow, which has deadly venom.

The false widow was first spotted in the UK in Torquay in 1879, and it is thought that it may have made its way to these shores from Madeira or the Canary Islands in a shipment of bananas.

The Natural History Museum says that warmer summers mean the spider is spreading northwards through the UK, having previously been found mainly in southern England.

IF YOU GET BITTEN…

The first thing you should do is wash the area thoroughly with soap and water to prevent infection – and don’t scratch, as if you break the skin there’s more chance for bacteria to get in.

Cover bites with a plaster and apply an antihistamine sting cream to calm any inflammation or itching. Any redness, pain or swelling should subside after three days.

Be alert to potential signs of infection, such as weeping blisters or painful swelling, that continue to get worse after a few days. If this happens, seek advice from your GP.