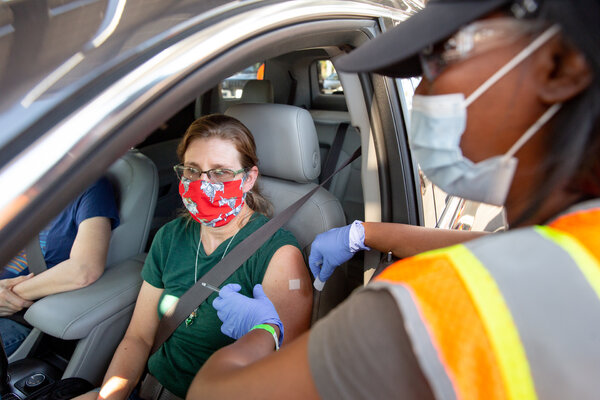 The Pfizer-BioNTech coronavirus vaccine provides almost complete protection against severe disease caused by the coronavirus, including two variants of concern, according to a study published Wednesday.

The study, which is based on the real-world use of the vaccine in Qatar, found that the vaccine does not provide complete protection against being infected with B.1.1.7, the variant first identified in the U.K., or B.1.351, the one first identified in South Africa. What it does provide is extraordinary protection against the worst outcomes, including severe pneumonia and death.

“This is really good news,” said Dr. Annelies Wilder-Smith, an infectious disease researcher at the London School of Hygiene and Tropical Medicine. “At this point in time, we can confidently say that we can use this vaccine, even in the presence of circulating variants of concern.”

Previous research suggested that B.1.1.7 is more infectious and more deadly than other variants, but that vaccines still work well against it. On the other hand, vaccines appear to be less effective against B.1.351, according to earlier studies.

The new paper, which appeared in the New England Journal of Medicine, is based on information about more than 200,000 people that was pulled from Qatar’s national Covid-19 databases between Feb. 1 and March 31.

Even that slightly reduced effectiveness against infection with B.1.351 is still largely good news, one of the study’s authors, Laith Abu-Raddad, an infectious disease epidemiologist at Weill Cornell Medicine – Qatar said.

“We’re talking about a variant which is probably the nastiest of all the variants of concern,” he said. “It’s not the 95 percent we were hoping, but the 75 percent is really great.”

The slight difference in effectiveness is likely to be a result of the fact that the sample sizes were smaller for the subgroups of patients with a documented variant, Dr. Abu-Raddad said.