Jenna Karvunidis had no idea that her excitement about her baby would spur a worldwide trend.

The blogger from Los Angeles and her husband, Niko, had lost several pregnancies before carrying their first child to term in 2008. At a party ahead of the birth, they announced to family and friends that their baby was a girl by slicing open a cake to reveal pink.

Twelve years after Karvunidis wrote about the cake gimmick, gender-reveal parties have become increasingly common, elaborate, and occasionally destructive. On Saturday, pyrotechnics at a gender reveal in El Dorado Ranch Park, California, sparked a 10,500-acre fire that has forced nearly 20,000 people to evacuate. The fire is still raging.

Karvunidis now regrets ever coming up with the idea.

"For the love of God, stop burning things down to tell everyone about your kid's penis," Karvunidis wrote Monday in a Facebook post about the fire. "No one cares but you."

Karvunidis isn't the only inventor who later regretted the way their creation evolved. Here are 11 other creators who lamented the technology, animals, or holidays they added to the world. 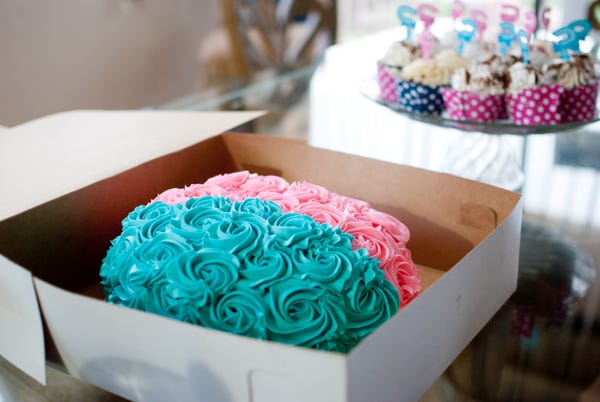 In April 2017, an off-duty US border patrol agent in Arizona shot at a target to reveal his baby's gender, causing it to explode and igniting the tall, dry grass surrounding it.

The resulting Sawmill Fire burned 45,000 acres; the agent, Dennis Dickey, was sentenced to five years' probation and ordered to pay $220,000 in restitution.

Other elaborate gender-reveal parties have involved a giant inflatable baby, flaming car, and live alligator chomping on a jello-filled watermelon. One caused a plane crash and another accidentally killed a grandmother, according to the Washington Post.

"Who cares what gender the baby is?" Karvunidis wrote in a July 2019 Facebook post. "I did at the time because we didn't live in 2019 and didn't know what we know now — that assigning focus on gender at birth leaves out so much of their potential and talents that have nothing to do with what's between their legs."

Anna Jarvis, the creator of Mother's Day, hated the holiday so much that she later got arrested for protesting it. 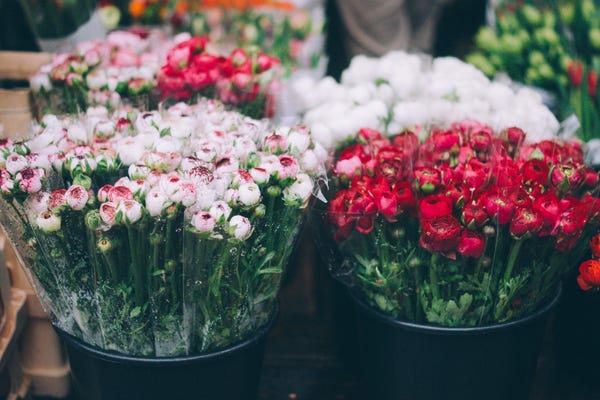 After Jarvis's mother died on May 9, 1905, the West Virginian began campaigning to have a holiday dedicated to moms. President Woodrow Wilson officially recognized Mother's Day in 1914.

But as time went on, the dignified holiday Jarvis had envisioned became commercialized, with a focus on flowers and gifts. Furious, she spent the rest of her life protesting the holiday, and even got arrested on charges of disturbing the peace in 1925, outside a Philadelphia confectioner's convention.

Jarvis lived out her later years in a sanatorium. Olive Ricketts, director of the Anna Jarvis museum, suggested to NPR in 2016 that people connected with the flower and card industries paid the sanatorium to keep Jarvis there — though this claim remains unproven.

The inventor of the Labradoodle, Wally Conron, hated that his creation helped grow a designer-dog industry. 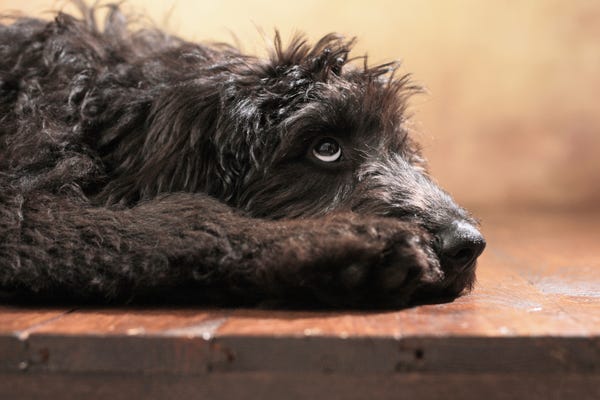 Conron bred the Labradoodle while working for the Royal Guide Dogs Association of Australia in 1989. A cross between a Labrador retriever and a poodle, the dox mix was intended for a blind woman in Hawaii whose husband was allergic to long-haired dogs.

Though aimed only to fill a need for hypoallergenic guide dogs, the breed instead kicked off the designer-dog industry — much to Conron's chagrin.

"I've done a lot of damage," he told the Associated Press in 2014, adding that his invention had encouraged "unscrupulous" breeders to set up puppy mills, producing sick or inbred dogs that sometimes later get euthanized.

"Marvelous thing? My foot," he continued. "There are a lot of unhealthy and abandoned dogs out there."

The inventor of single-use Keurig K-Cups, John Sylvan, told The Atlantic: "I feel bad sometimes that I ever did it." 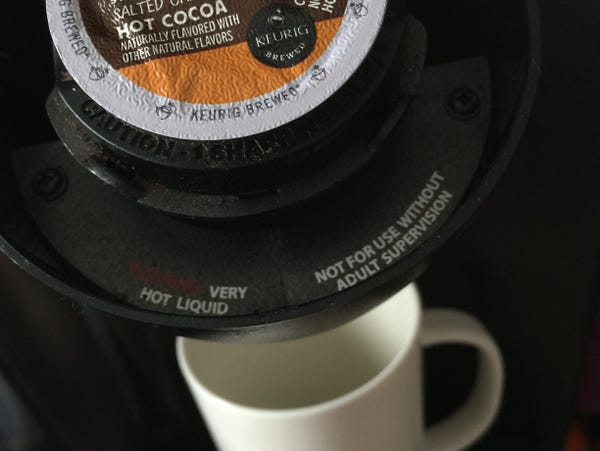 Most K-Cups — individual pods filled with coffee, tea, chai, or hot cocoa that Keurig machines and others like them use to brew single-serving drinks — aren't recyclable or biodegradable.

"It's like a cigarette for coffee, a single-serve delivery mechanism for an addictive substance," Sylvan told the Atlantic in 2015.

In 2014, 9 billion K-Cups were sold, used, then trashed to end up in landfills, the Atlantic reported. That's enough K-Cups to circle the Earth at least 10 1/2 times.

Sylvan himself doesn't own a Keurig machine.

Robert Propst, who invented the office cubicle, went to his grave hating what his creation had done to the American worker. 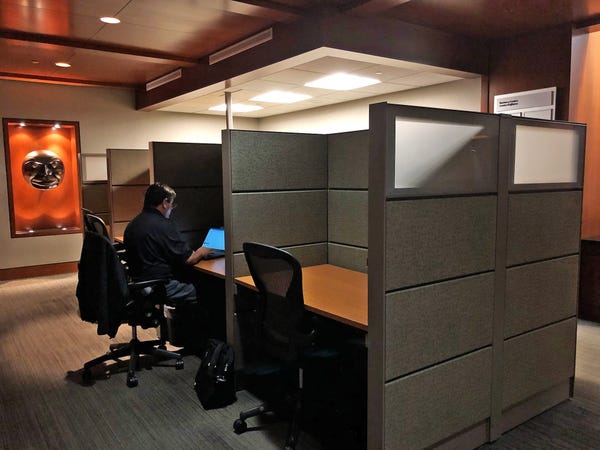 Propst originally designed the cubicle in 1968 as a way to give workers a space they could personalize. He saw the design as a way to allowed people to move seamlessly between individual and collaborative office tasks.

According to Nikil Saval, author of the book, "Cubed: A Secret History of the Workplace," Propst marketed the cubicle as a work station that offered privacy yet was easily accessible.

But corporations perverted that vision , putting workers into smaller spaces by repositioning cubicle walls to form a box. Three decades later, Propst denounced what his creation had become.

"The cubiclizing of people in modern corporations is monolithic insanity," Propst told The New York Times in 1997, when more than 40 million Americans were working in cubicles.

Albert Einstein helped split the uranium atom in 1938. That research into nuclear fission contributed to the development of the atomic bomb. 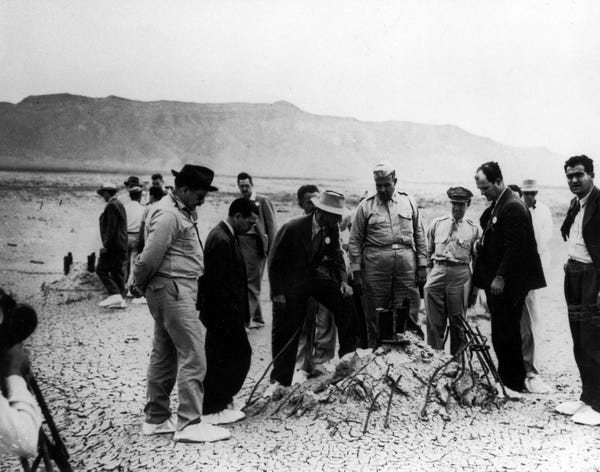 In 1939, Einstein wrote to President Franklin Roosevelt, warning that the Germans were trying to produce an atomic bomb and urging him to support American physicists' efforts to create one.

The bombs brought the Pacific front of World War II to an end; Emperor Hirohito surrendered on August 15, 1945. But the dual explosions also killed upwards of 225,000 people, according to the University of California, Los Angeles.

In the aftermath, Einstein said he regretted his letter.

"Had I known that the Germans would not succeed in developing an atomic bomb, I would have done nothing," Einstein told Newsweek in March 1947.

Robert Oppenheimer, scientific director of the Manhattan Project, also didn't like how his invention was used. 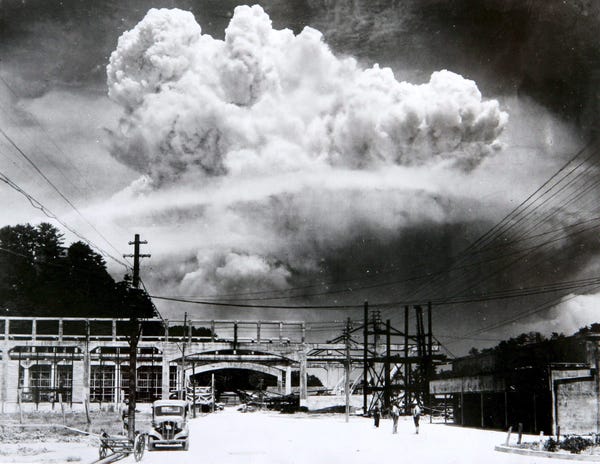 Oppenheimer later said that although he had no remorse about "the making of the bomb," the US didn't deploy it responsibility.

"As for how we used it, I understand why it happened and appreciate with what nobility those men with whom I'd worked made their decision. But I do not have the feeling that it was done right," Oppenheimer told Lansing Lamont, author of the 1965 book "Day of Trinity."

"Our government should have acted with more foresight and clarity in telling the world and Japan what the bomb meant," Oppenheimer added. 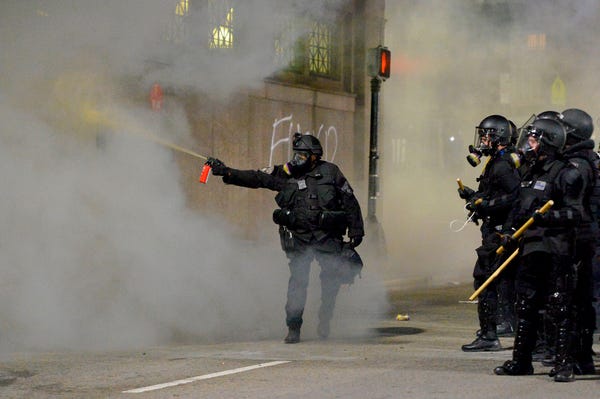 Loghman helped develop the weaponized spray when he worked for the Federal Bureau of Investigations in the 1980s. He also wrote guidelines for proper police use of his technology.

But Loghman told the Huffington Post in 2016 that his creation is, in many cases, "being misused."

Pepper spray is "meant to reduce injury. It is used to prevent problems. It is not meant to be used to shut people up, for punishing people, for controlling people," he said, adding, "the culture of law enforcement needs to change."

Tim Berners-Lee, who coded the World Wide Web, came to regard his invention as "anti-human." 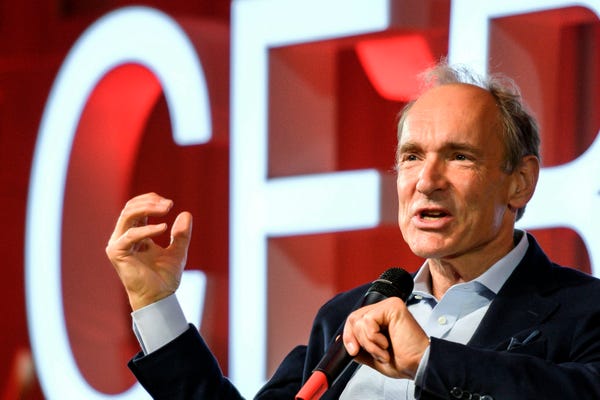 In 1989, the same year Conron bred the Labradoodle, Berners-Lee came up with the idea for what would later become the World Wide Web.

Berners-Lee originally made the web as a way for scientists to quickly share information across the global network known as the Internet. (Yes, they're two separate things). Because he gave away the source code for free, his invention exploded into a society-altering platform.

But as time went on, Berners-Lee came to regret what he saw as the Web's destructive power, especially as revealed through Russian election-hacking efforts and secret psychological research run through Facebook.

"I was devastated," Berners-Lee told Vanity Fair in 2018 of his realization that the platform he built had become "anti-human."

Berners-Lee even regretted the double-slash in URLs. 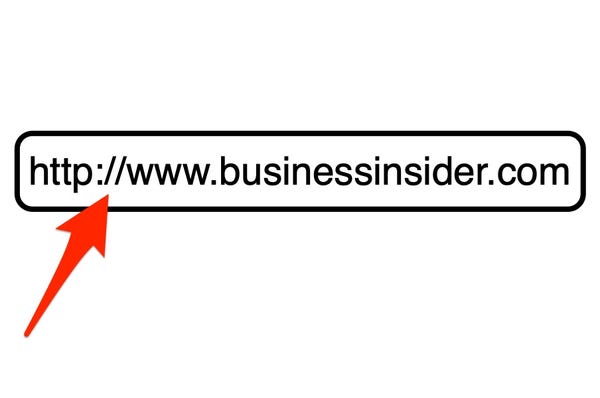 Even before he came to distrust his entire creation, Berners-Lee already lamented his role in creating the double-slash, or "//," after the "htttp:" in a web address.

Berners-Lee added that the extra space the double-slash takes up on paper likely led to the deaths of countless trees when printing out webpages, not to mention the millions of wasted hours humanity has spent typing it into browsers.

The creator of the pop-up ad, Ethan Zuckerman, apologized to internet users directly for creating "one of the most hated tools in the advertiser's toolkit." 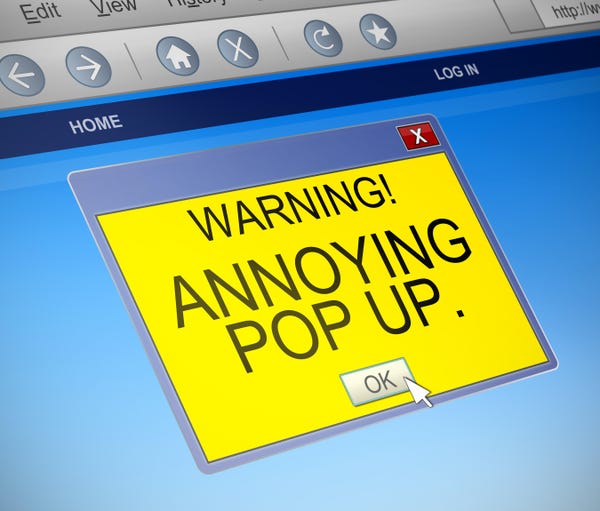 "I wrote the code to launch the window and run an ad in it," Zuckerman wrote in a lengthy 2014 essay for The Atlantic. "I'm sorry. Our intentions were good."

He said he'd created the pop-up ad in the 1990s as a way to advertise a product on a user's website while keeping its content separate. Before the pop-up, Tripod.com, the company at which Zuckerman worked, had tried a bunch of revenue models. Advertising was the only one that made any money.

The web's reliance on ad revenue has directly caused "the fallen state of our Internet," Zuckerman wrote in the Atlantic, by encouraging companies to surveil their users for better-targeted ads.

"I have come to believe that advertising is the original sin of the web," he added.

Vincent Connare, designer of the font Comic Sans, told the Wall Street Journal: "If you love it, you don't know much about typography." 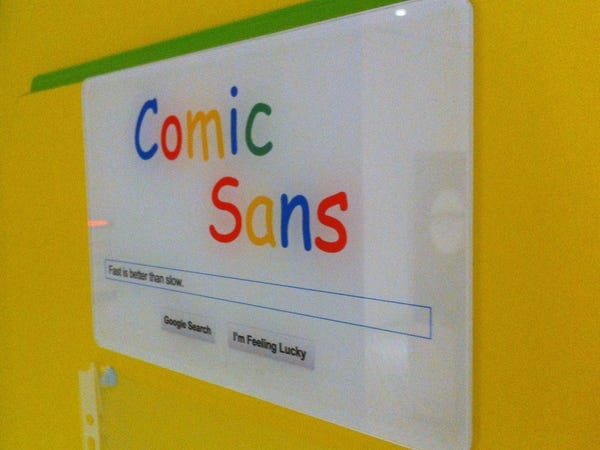 Inspired by speech bubbles in comic books like "The Dark Knight Returns" and "Watchman," Connare developed Comic Sans in 1994 as an alternative to the sedate Times New Roman for children and new computer users.

It took the world by storm.

"Using Comic Sans is like turning up to a black-tie event in a clown costume," campaign co-founder, Holly Combs, told the Guardian in June 2010.

Connare — who also designed fonts like Trebuchet — doesn't wholly regret crafting Comic Sans, but he has said the invention overshadowed the rest of his career.

Scott Fahlman created one of the earliest emoticons, which have evolved into emojis. "Sometimes I feel like Dr. Frankenstein," he told The Wall Street Journal in 2013. 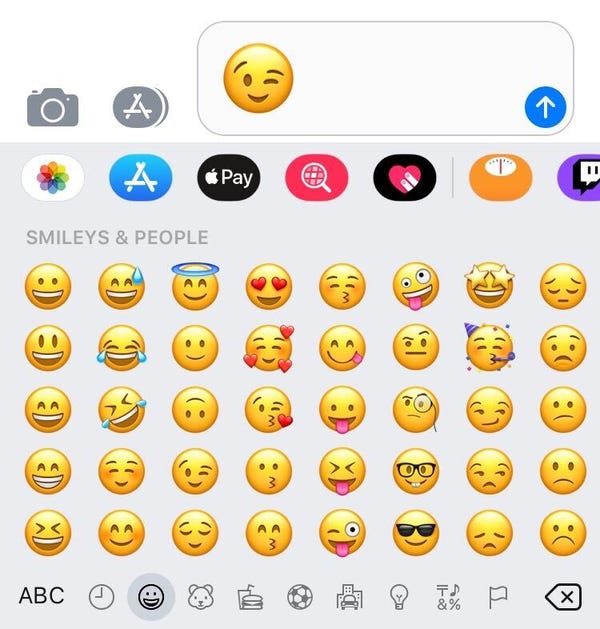 In the 1980s, Fahlman proposed using ":-)" to digitally indicate that someone is kidding or making a joke.

The 🙂 sequence became one of the earliest emotional icons (emoticons), which first morphed into emojis in 1999, according to WIRED.

"My creature started as benign but it's gone places I don't approve of," Fahlman told the Journal.