US drug overdose deaths hit record levels last year with more than 81,000 fatalities, according to the CDC. Fentanyl was involved in almost all of them and the dangerous drug is now sweeping the western states, agitated by the COVID-19 pandemic.

The National Institute on Drug Abuse (NIDA) told Insider: “Fentanyl has been found mixed with many other drugs. People who buy drugs such as heroin, cocaine, methamphetamine, and MDMA are frequently not aware that these may be laced with fentanyl.”

Fentanyl, a synthetic opioid generally used in hospitals to treat pain after surgery, is up to 100 times more potent than morphine and 50 times more than heroin, meaning just two milligrams of it can be deadly, only a fraction of the lethal dose needed for the older opiate. 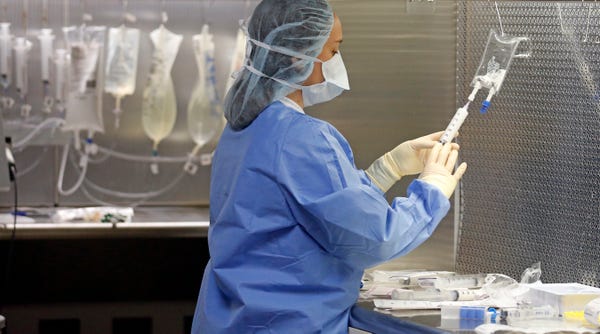 Dr. Paul H. Earley, an addiction medicine physician with the American Society of Addiction Medicine (ASAM) told Insider: “We’re in the middle of a crisis within a crisis. The substance use disorder crisis, which is already with us, is dramatically worsened by COVID-19. Why? Because addiction is a disease of isolation and despair.”

Over 40 states have reported an increase in opioid overdose deaths during the pandemic, accounting for a 38% rise across the country, according to the American Medical Association (AMA).

However, a CDC report revealed that western states have been most afflicted, with a 98% rise in 10 states, largely due to fentanyl use.

Data from California, Washington, Arizona, Texas, and Colorado showed fentanyl deaths increased by 371% between 2017 and 2019.

Jake, who only provided his first name in fear of being arrested for his addiction, told NPR that he has been addicted to opioids for the past six years. He was initially a heroin user and now a fentanyl user.

He said: “I just started smoking [fentanyl] pills because that was the thing that was around; it was so easy to get. Soon as I wake up, I have to have a pill. The high is not very long, so 20 minutes after I smoke a pill, I want to smoke another one, you know?” 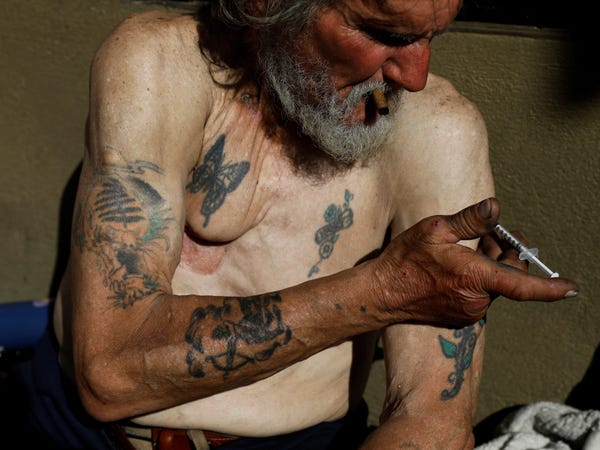 There are over 2 million opioid users in the US, with an average of around 130 opioid overdose deaths a day, the CDC also noted.

Now, COVID-19 is presenting a new set of challenges for drug users.

NIDA also told Insider: “This increased risk of illness is not only due to potentially adverse social circumstances and living conditions, but also to the drugs’ physiological effects on pulmonary, cardiac, metabolic, and immune functions, all of which are targeted by COVID-19 as well.

“As a result, people with substance use disorders who develop coronavirus are much more likely to be hospitalized and to die, compared with the general population.”

According to the Overdose Detection Mapping Application Program (ODMAP), opioid overdoses rose by 18% in March 2020 compared to the previous year, 29% in April, and 42% in May 2020.

A JAMA Psychiatry report found that between March and October, the weekly rate of emergency department visits for drug overdoses increased by up to 45% compared to the same period in 2019. 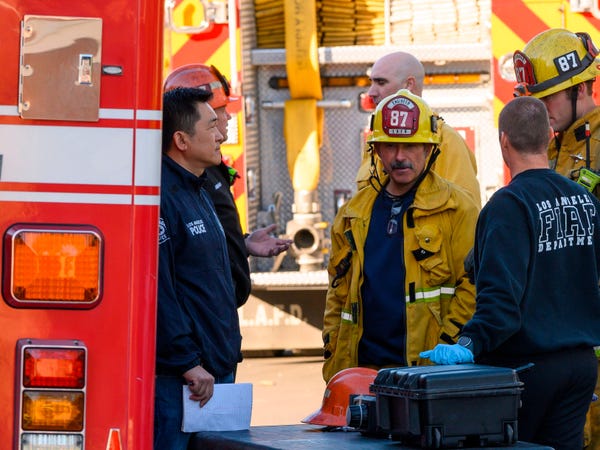 Fentanyl’s potency and the fact so little is needed to make it deadly is now killing people who had managed their addictions for years.

Help for drug users has also been partially shutdown. A National Council for Behavioral Health survey revealed that 54% of behavioral health organizations have closed their programs while 65% had to turn away, reschedule or cancel appointments due to financial losses and reduced capacity during the pandemic.

Although some of these programs have provided services online, they require the internet and a phone or computer to access.

Distributing naloxone to those at risk of overdosing

One possible solution is the use of naloxone, a medication which temporarily blocks the effects of opioids and ‘reverses’ overdoses. Administered by injection or nasal spray, the potency of fentanyl means extra doses may be needed compared to other opioids. 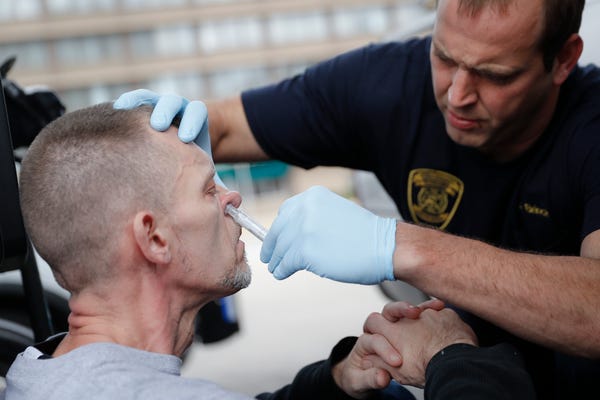 More than 700,000 doses of naloxone were distributed to people at risk of overdosing last year. However, almost one in three of the sterile syringe programs that offered the medication either ran out of it or had to ration it for three months, according to the CDC.

Dr. Paul H. Earley also told Insider: “I have a Naloxone overdose kit in my car, I have one in my home. And really, the more that that available that becomes, the more lives we’re going to save.”

Canada is home to the first legal OPS in North America, Insite. Insite opened its doors in Vancouver in 2003, and between 2017 and 2020, medical staff were able to prevent 4,763 drug overdoses.

Over 120 of them exist across 10 countries but there has never been an overdose death recorded in any, the Drug Policy Alliance notes.

An Institute for Clinical and Economic Review report also found that such sites also save money on a long-term basis.

The $5 billion grant would be used to assess communities’ situations and implement prevention and treatment strategies.

The money would be in addition to the $4.25 million approved by Congress as part of the omnibus spending bill in December 2020.