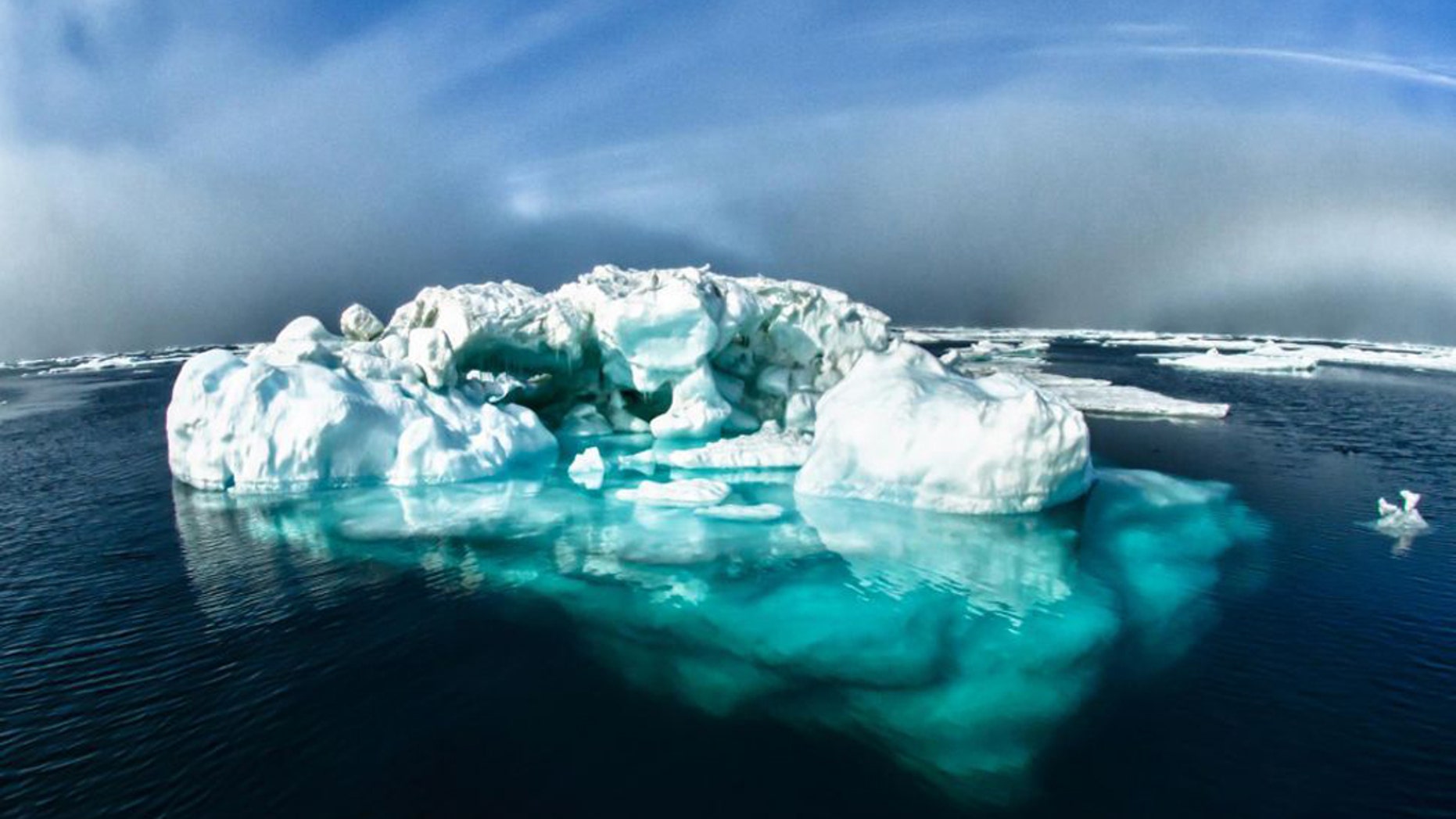 The most substantial deposits of Arctic sea ice are swiftly disappearing. (Credit: NOAA)

After climate change melts the Arctic Ocean's year-round ice cover, only the region's oldest, thickest ice will remain … or will it? A new study offers a dire warning that even this ice is at risk.

Known as the "Last Ice Area," this icy zone extends more than 1,200 miles (2,000 kilometers) from Greenland's northern coast to the western part of the Canadian Arctic Archipelago. The enduring ice here is at least 5 years old — older than in neighboring regions — and measures about 13 feet (4 meters) thick.

However, this older, more robust sea ice is not as stable as once thought, and it's vanishing much faster than expected. In fact, the Last Ice Area is disappearing about twice as rapidly as the Arctic's younger, thinner sea ice, researchers reported in a new study.

Much of the ice in the western Arctic is "first-year ice" — ice that is no more than 1 year old, said lead study author Kent Moore, a physics professor with the University of Toronto Mississauga.

"The ice in the central Arctic is between 2 and 3 years old, and then the really old ice is in this Last Ice Area," Moore told Live Science.

Sea ice cover in the Arctic grows and shrinks with the seasons, but recent years have seen less and less widespread ice, during both winter and summer months. In 2019, Arctic sea ice reached its maximum on March 13, spanning around 6 million square miles (15 million square kilometers). That extent is actually lower than most of the 40 previous years, according to the National Snow and Ice Data Center (NSIDC).

The prognosis for Arctic ice in a warming world is grim. Climate models predict that most of the ice outside of the Last Ice Area could vanish for good within the next few decades, leaving the Last Ice Area as the sole refuge for marine life that depends on ice, such as seals, polar bears and algae, Moore said.

"By the year 2060, the Arctic will be what people define as being ice-free, which is an area of perennial ice less than 1 million square kilometers [386,102 square miles]. And much of that ice will be in the Last Ice Area," he explained.

This ice was long thought to be fairly stationary, accumulating without much loss and locked in a location where it was undisturbed by wind and ocean currents. For the first time, scientists looked at the Last Ice Area using a model that reproduced the local ice cycle, incorporating satellite and atmospheric data from 1979 to 2018. The study authors found that the region was far more dynamic than previously suspected, and huge amounts of ice were being carried away into the ocean.

"What we found is from year to year, the ice thickness can change by about 1 meter [3 feet]," Moore said. On average, ice thickness is about 10 to 13 feet (3 to 4 m), but in some years it was less than 10 feet (3 m) and in other years it was greater than 16 feet (5 m). And when the ice becomes thinner — which is happening more frequently — it's easier for winds to carry it away, the scientists reported in the study.

They also learned that this area was thinning at an accelerated rate when compared with the rest of the Arctic. Since the late 1970s, two locations have seen their ice thickness drop by about 5 feet (2 m), the researchers wrote.

"We still don't know exactly why, but it's probably because the ice is now more mobile, and so it's able to leave this area more easily than it was in the past," Moore said.

Climate change is heating things up in the Arctic at a rate that is unmatched anywhere else in the world. In June, the average temperature in the Arctic was warmer than the usual average by nearly 10 degrees Fahrenheit (5.5 degrees Celsius). Because climate models until now have likely underestimated ice loss from the Last Ice Area, it's possible that the Arctic will reach an ice-free state even more quickly than predicted, the study authors warned. And if Earth continues to warm, even the Last Ice Area won't stay frozen for much longer, Moore said.

"Eventually we'll lose ice in this region as well, if we don't get our use of carbon under control in the next few years," he said. "We're going to pass a point where we won't be able to sustain these ecosystems, if the ice loss persists through the latter half of this century."

The findings were published online Oct. 15 in the journal Geophysical Research Letters.