Uncle Larry, more formally known as Larry Kimura, an associate professor of Hawaiian language and studies at the University of Hawai’i, listened to her describe the system as something meant to help detect cold dark things in the universe and light imperceptible to the human eye.

On the spot, he came up with the suggestion of “namakanui,” naming it after big-eyed fish that swim in Hawaiian waters at night.

Six months later, Professor Kimura’s insights would draw much wider attention as officials credited him with giving a name to the first-ever picture of a black hole.

Dr. Dempsey and other researchers described the image to him two weeks ago, and she said she watched his face “just light up.” In a moment that she described as “astonishing” and “mind-bending,” he came up with one Hawaiian word for the black hole that took scientists six research papers to capture: pōwehi.

The word is derived from the Kumulipo, a centuries-old Hawaiian creation chant of 2,102 lines, and it means “the adorned fathomless dark creation.” It stems from “pō,” which means powerful, unfathomable and ceaseless creation, and “wehi,” an honorific befitting someone who would wear a crown, Professor Kimura said in an interview on Friday.

“Pōwehi as a name is so powerful because it provides real truths about the image of the black hole that we see,” Dr. Dempsey said in a video posted by the university.

Professor Kimura, who has been studying the chant for years, said the naming “all just fell into place.” 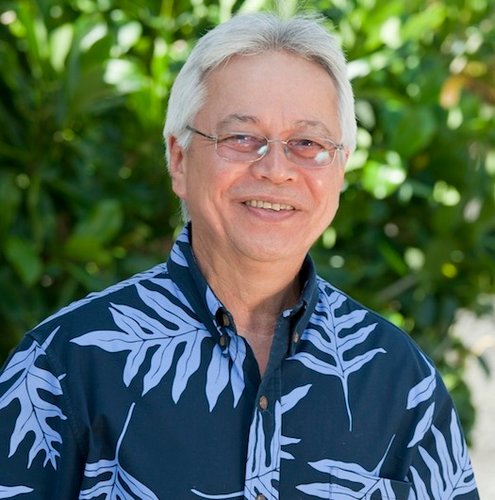 He said he regarded the attention it was receiving as “a great happening for science and Hawaiian language and identity revitalization.” He said it would help promote the preservation of the Hawaiian indigenous language, which had been endangered.

Professor Kimura’s involvement stems from the use of two of the world’s most powerful telescopes atop Maunakea on Hawaii island — the James Clerk Maxwell Telescope and Submillimeter Array — that were part of the Event Horizon Telescope project that captured the image of the black hole.

Geoffrey C. Bower, chief scientist of the Hawaiia operations at the Academia Sinica Institute of Astronomy and Astrophysics, said the naming came in part from a suggestion to get a news release about the black hole image translated into Hawaiian.

Professor Kimura was the natural expert to consult, Dr. Bower said, adding that it was suggested he also might come up with a name for the black hole but no one quite knew what to expect.

“It was remarkable in the simplicity of the language and how it resonated in the astrophysical concept of what we saw,” he said.

So far, pōwehi has been adopted as the official Hawaiian name of the black hole. Gov. David Y. Ige of Hawaii issued a proclamation declaring April 10 “Pōwehi Day.”

A more formal approval for the name would have to come from the International Astronomical Union, Dr. Bower said. A submission to the union would come only if the consortium of more than 200 scientists and 13 funding institutions involved in the project agreed to support it, he said.

Dr. Dempsey noted that Professor Kimura helped give the Hawaiian name Oumuamua to an asteroid discovered in 2017.

NASA described the asteroid, which was formally known as 1I/2017 U1, as “the first confirmed object from another star to visit our solar system” and an “interstellar interloper.”

Professor Kimura said the name Oumuamua was an old Hawaiian word that meant “scout” or “being out there in the front.”