The Pink Supermoon will be visible across the globe tonight, the first of 2021. Tonight’s full Moon will appear up to 14 percent larger due to its orbit being at its closest to Earth. So how can you see it tonight? What time will the Moon rise?

Despite the name, stargazers may be disappointed to hear the Pink Supermoon is not actually pink in colour.

The name is given to the full Moon in April, which usually coincides with spring blooms and blossoms.

In fact, according to The Old Farmer’s Almanac, April’s full Moon occurs around the time of the springtime blooms of a wildflower native to eastern North America.

This wildflower is Phlox subulata but is also known as creeping phlox or moss phlox, which also went by the name moss pink – earning April’s Moon the Pink Moon title. 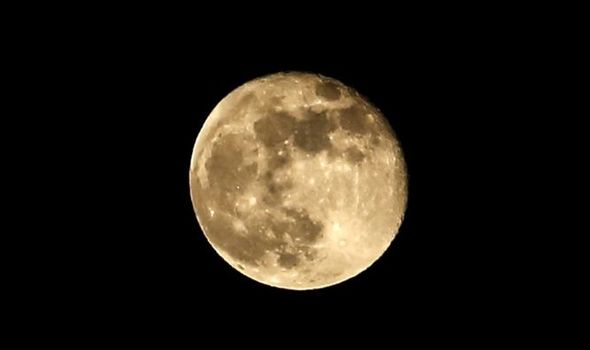 Tonight’s Supermoon is one of two occurring this year, with the second just a month away.

Nasa’s Gordon Johnston wrote in a recent blog post: “The term ‘supermoon’ was coined by astrologer Richard Nolle in 1979 and refers to either a new or full moon that occurs when the moon is within 90 per cent of perigee, its closest approach to Earth.”

So we will be treated to two larger than normal Moons over the next few weeks.

Mr Johnston continued: “These two full moons are virtually tied, with the full moon on May 26, 2021, slightly closer to the Earth than the full moon [in April], but only by about 157km, or about 0.04 percent of the distance from Earth to the moon at perigee.” 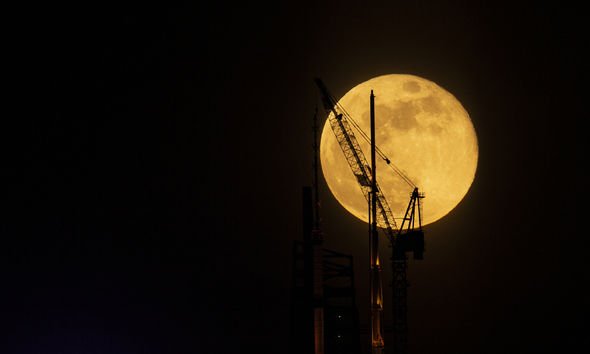 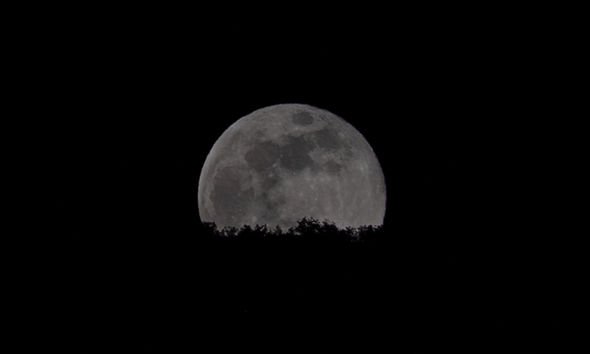 The Moon orbits the Earth in an oval shape, and so appears closer to the Earth depending on which month it is.

The perigee is the point at which the Moon is closest to Earth, while the apogee is the moment it is furthest away.

To best see the Supermoon, you should go somewhere with low light pollution – away from a city or town.

The next Supermoon will be the May 26 Flower Moon.

What time will the Pink Supermoon rise tonight?

The visibility of the Supermoon and the time it is best seen depends on where in the world you are.

The Pink Supermoon can be seen on Monday evening until sunrise on Tuesday.

For those in the United Arab Emirates, the supermoon will be best seen when it is still low during moonrise at 6.06pm GST.

If you prefer an early rise, you can also see the Moon best as it sets at 5.14am GST. 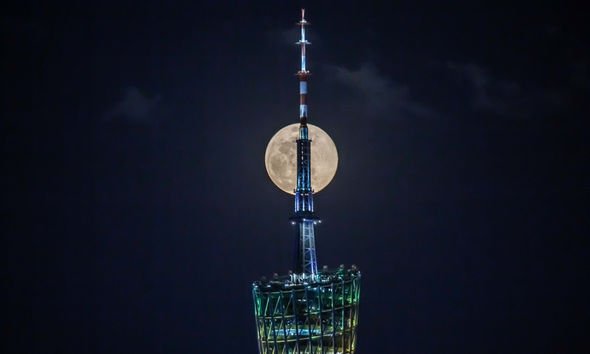 London’s moonrise will be at 7.28pm BST on Monday evening.

Anna Ross, an astronomer at the Royal Observatory in Greenwich, told the PA news agency: “The average distance of the moon from the Earth is 384,400km, but the moon will reach its closest point this lunar month on April 27 at 4.24pm, when it will be 357,379 km away.

“This means that the best times to view this supermoon will be anytime during the night of April 27 – when the moon will rise in the east just before sunset and set in the west around sunrise.”

Tonight the Moon will rise at 7.16pm IST in India, setting at 6.34am IST on Tuesday.