‘Like a nebula hanging in the sky’: Stunning images of SpaceX’s latest Starlink satellite launch show the rocket’s exhaust plume illuminated by sunlight

A series of stunning images posted online reveal the beautiful SpaceX launch which took off over the weekend against a pre-dawn backdrop of a burgeoning sunrise.

The images posted by space fans in their gardens snapped what the 5:21 a.m. EDT (10:21 GMT) launch from Cape Canaveral, Florida on June 13 looked like from the US’s east coast.

Sunlight was beginning to light the sky and beams of sunlight spectacularly illuminated the exhaust fumes produced by the rocket as it soared into the atmosphere. 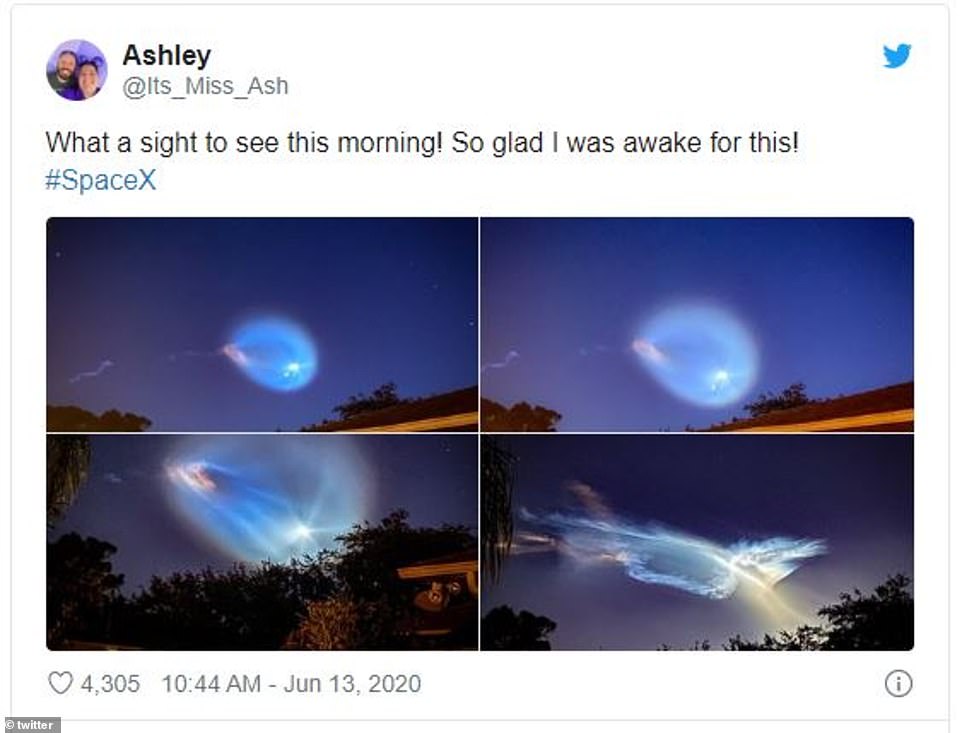 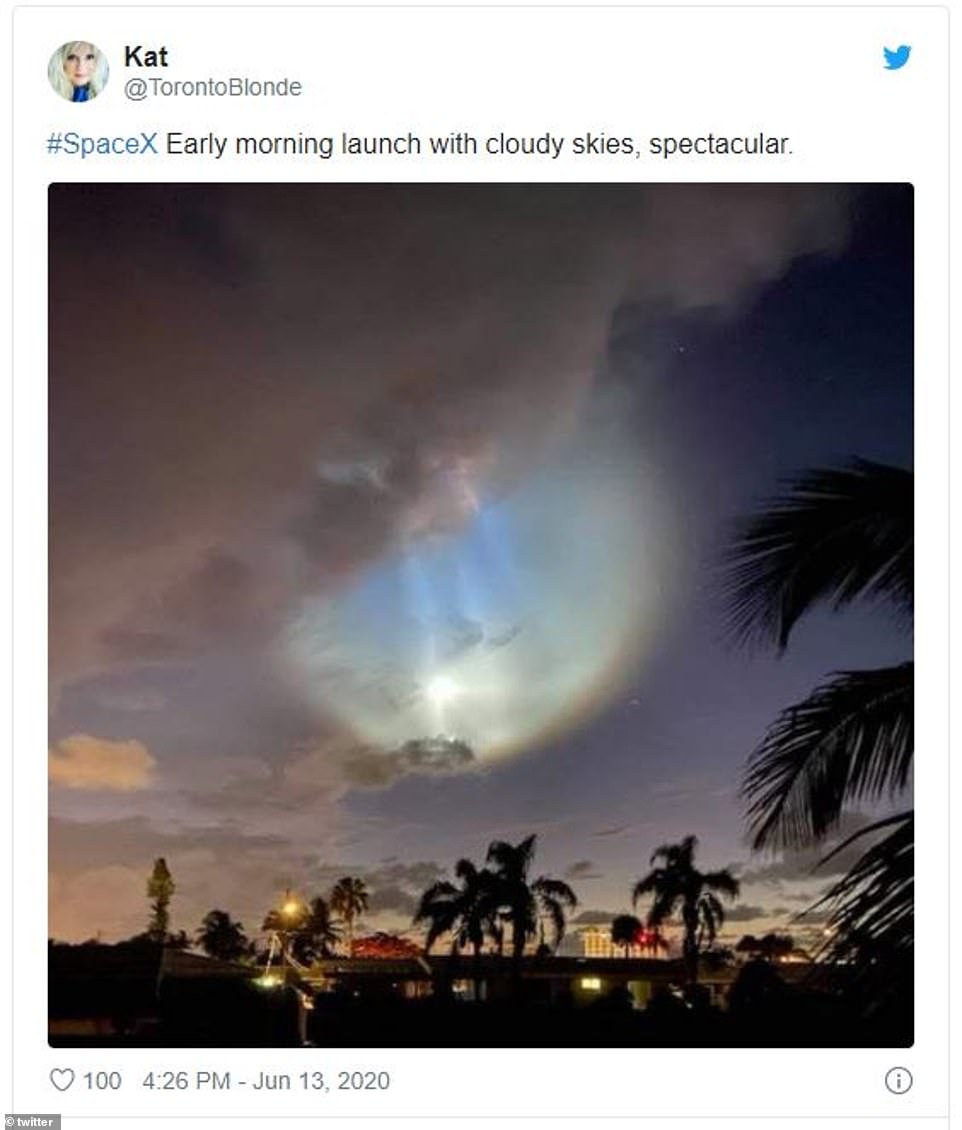 Images surfaced on social media as space fans took to their gardens to watch the 5:21 a.m. EDT (10:21 GMT) launch from Cape Canaveral, Florida on June 13 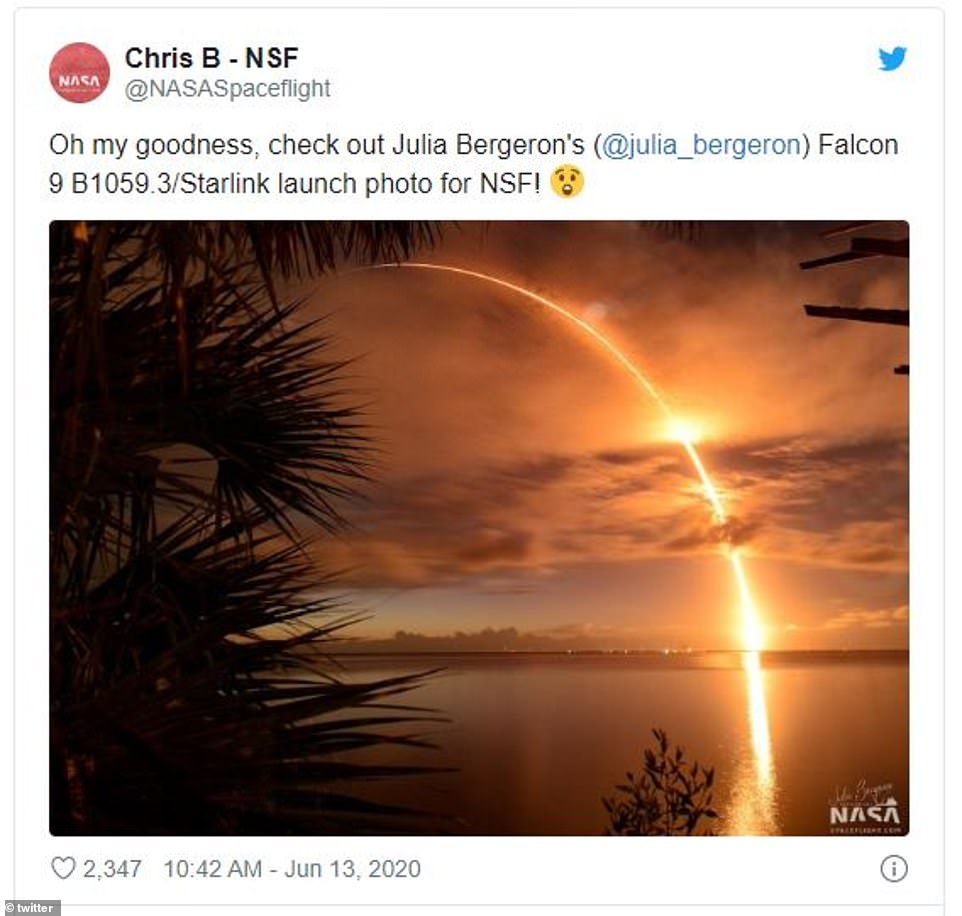 The rocket launch by the Elon Musk-owned SpaceX took 58 Starlink satellites and three Planet SkySats into orbit as the mission went off without a hitch.

However, while the SpaceX launches always produce great photos, this one had an extra surprise in store for onlookers, due to an unexpected celestial influence.

Journalist Amy Thompson watched the early-morning event and described it as a ‘nebula hanging in the sky’.

Others took to Twitter to express their delight. One user wrote: ‘What a sight to see this morning! So glad I was awake for this!’

One user, called Ashley, said: ‘What a sight to see this morning! So glad I was awake for this! #SpaceX’

SpaceX used the unusual launch window because it is accelerating the rate of launches as it tried to get Starlink operational.

This was the second batch to go into orbit this month and a third is due on June 22, taking the total amount of satellites in the constellation to around 600,

SpaceX has permission from the US government to launch up to 42,000 satellites into orbit around the Earth.

By the end of June, SpaceX will have carried out four Falcon 9 rocket launches in a month – including the three Starlink launches and the NASA crewed mission.

The firm says it hopes to be able to start offering a basic internet service when it has a constellation of at least 800 satellites – likely to happen later this year.

The project has received widespread criticism from astronomers for tainting the natural view of the night sky as the satellites are highly reflective.

SpaceX has been experimenting with ways to make the craft less visible from Earth, and the Jun 4 batch included one experimental craft with an inbuilt sun visor.

SpaceX has permission from FCC to build a 12,000-strong space internet constellation called Starlink, and they will be launched under its 42,000 quota.

With that scale, some astronomers say it could significantly harm their ability to observe the night sky and study the universe from Earth. 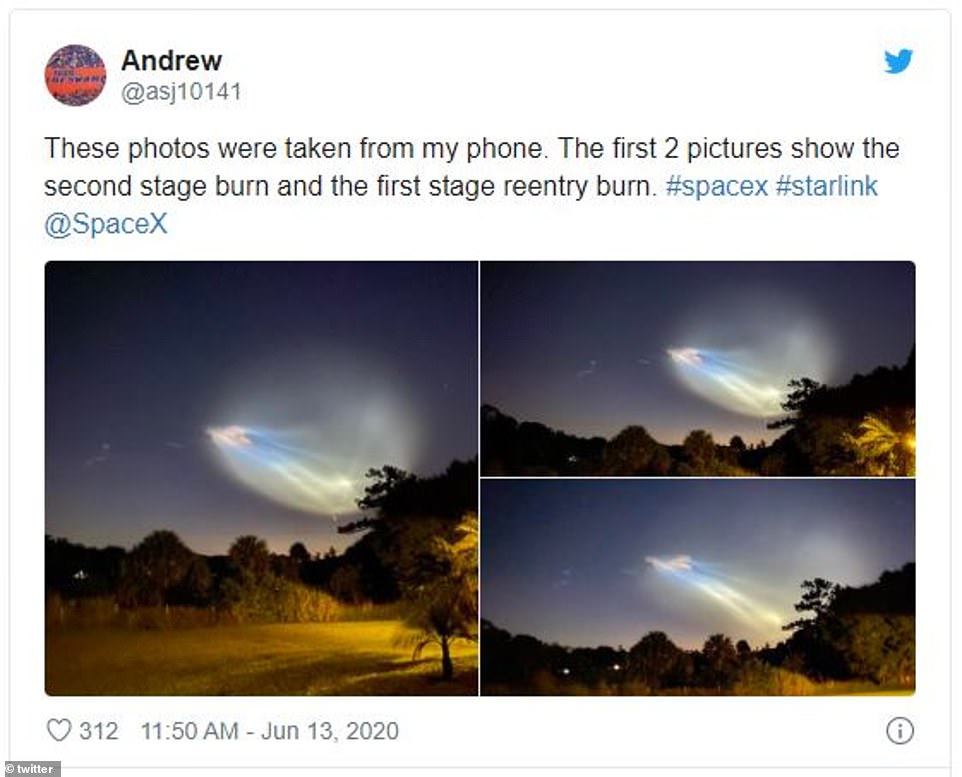 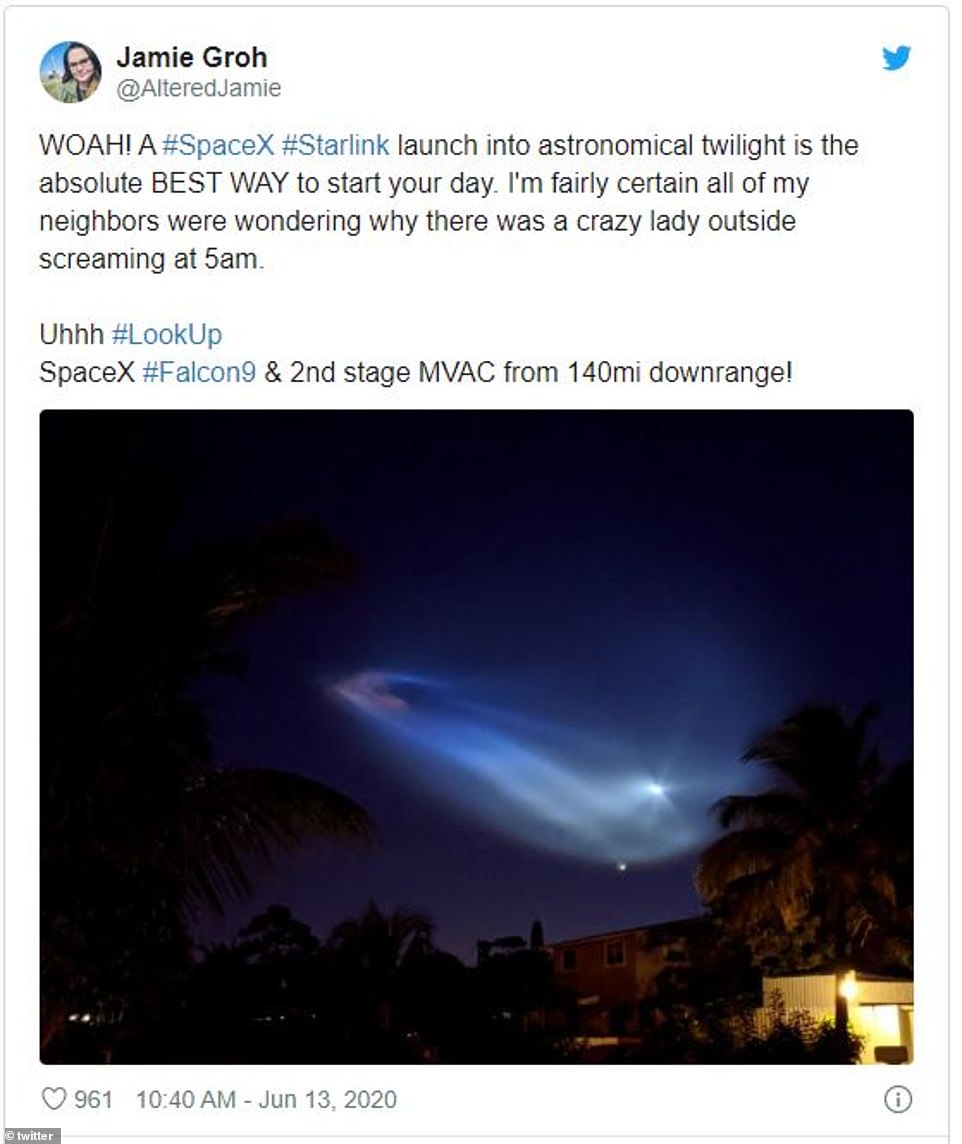 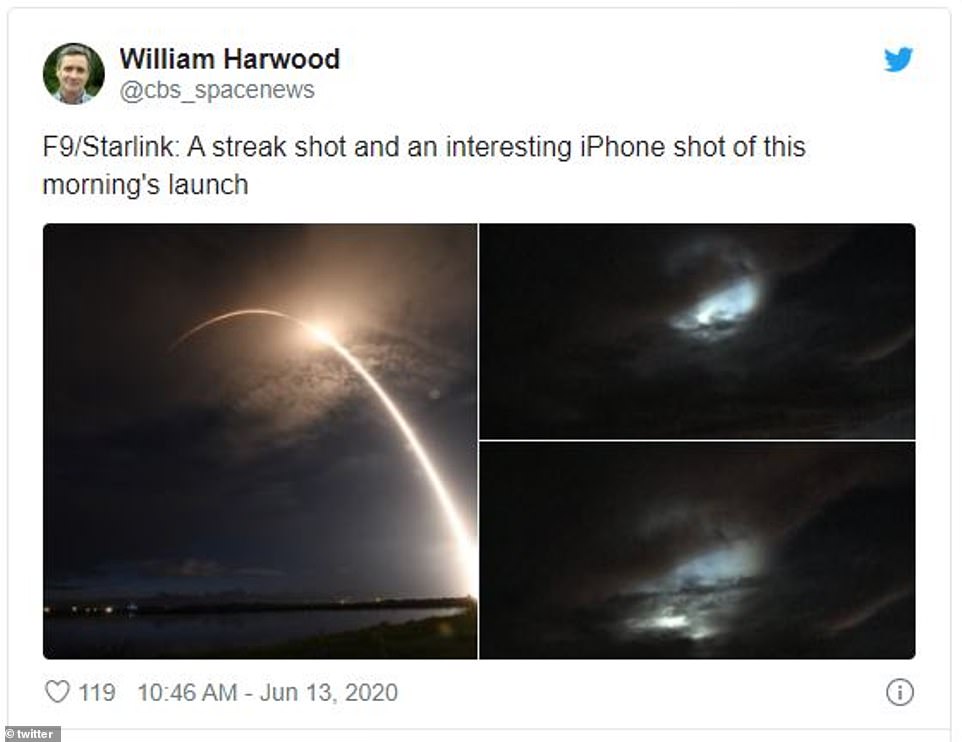 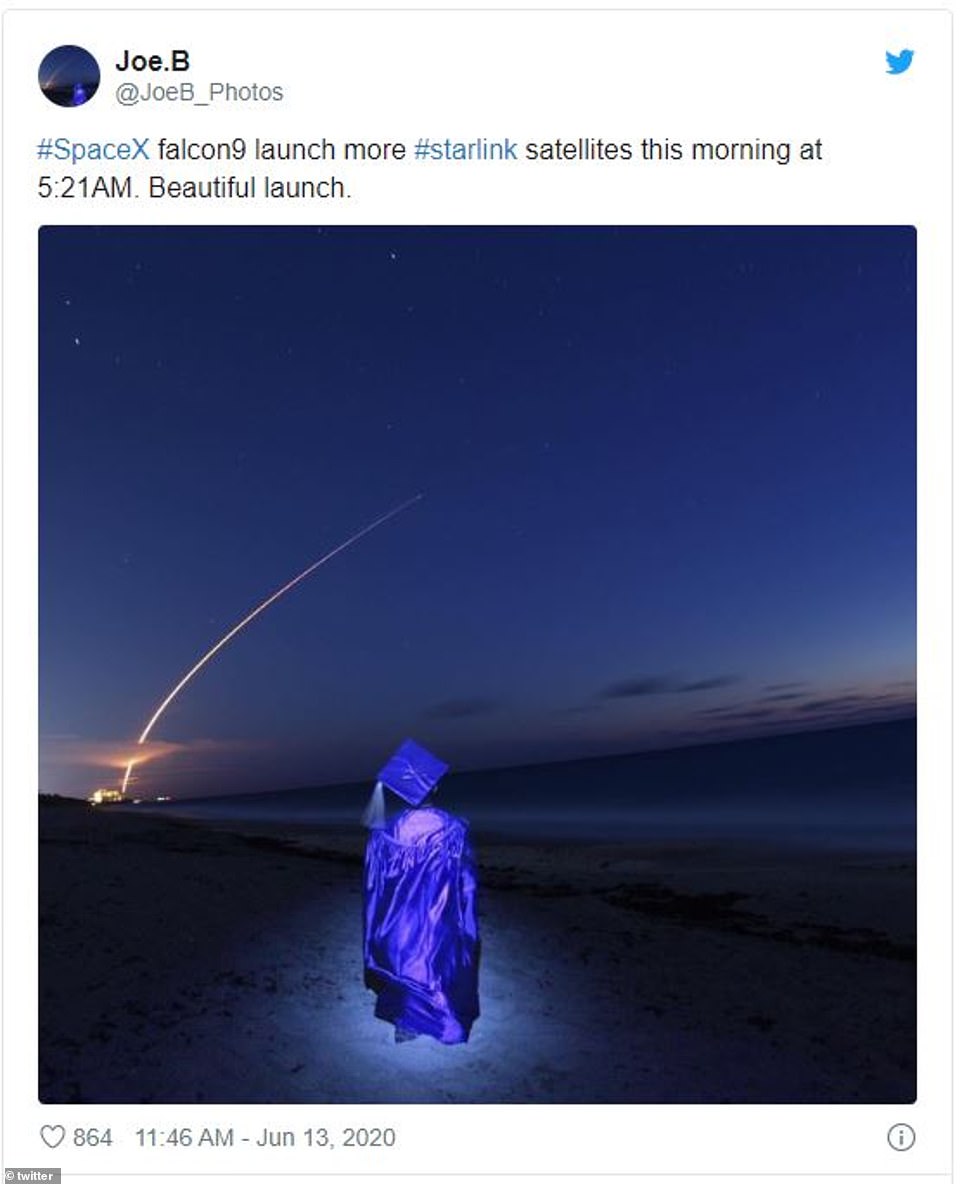 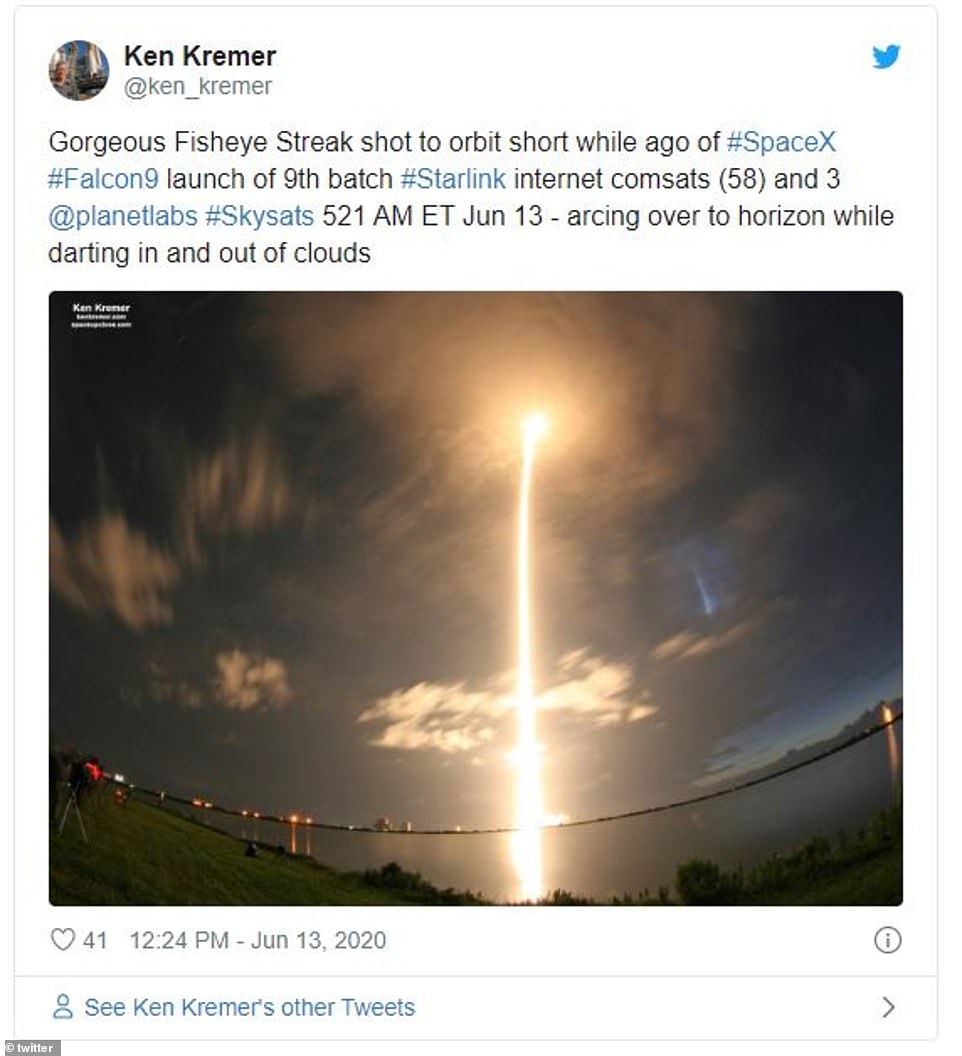 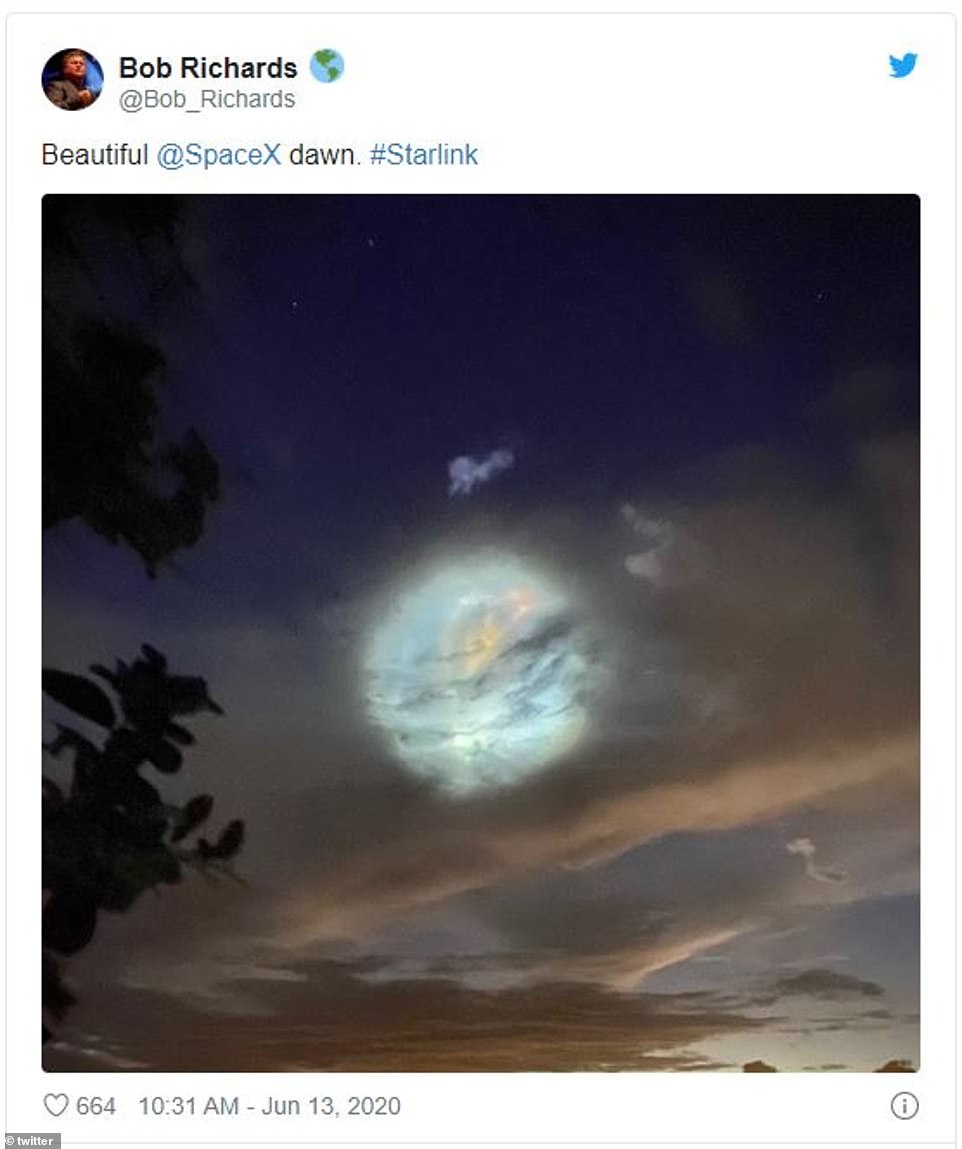 The constellation, informally known as Starlink, are under development at SpaceX’s facilities in Redmond, Washington.

The company filed plans with the Federal Communications Commission (FCC) to launch 4,425 satellites into orbit above the Earth – three times as many that are currently in operation.