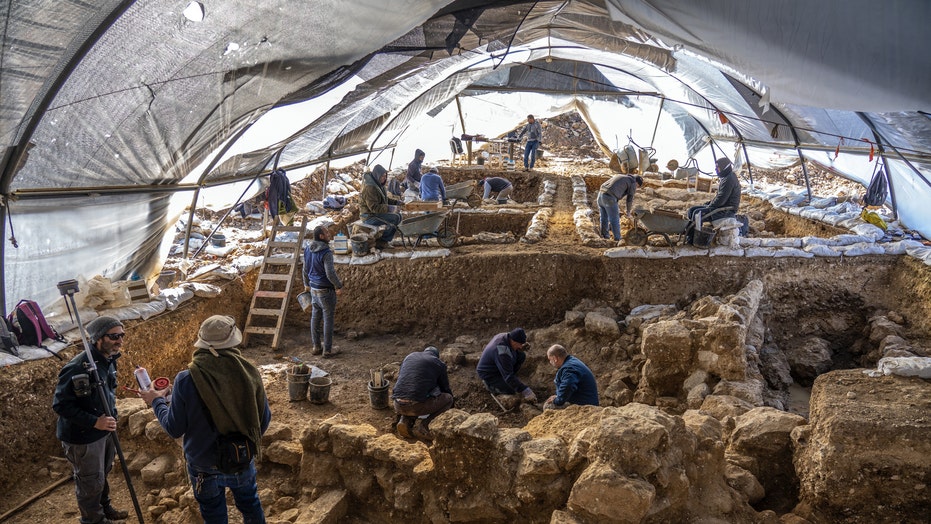 Archaeologists in Israel have discovered ancient treasures, a rare clay seal mark and a 2,600-year-old stone stamp, in the remains of a structure likely destroyed by ancient Babylonians. The seal and stone stamp both feature ancient Hebrew script, including the first archaeological evidence of the Biblical name Nathan-Melech. The seal mark and stamp likely survived a major fire as evidenced by the presence of charred pottery shards nearby.

Archaeologists in Israel have discovered a stunning ancient site near the U.S. Embassy in Jerusalem.

The discovery was made in Arnona, the affluent neighborhood in southern Jerusalem where the embassy is located. In a statement emailed to Fox News, the Israel Antiquities Authority said that archaeologists discovered “an unusually large structure” built of concentric walls. Some 120 jar handles were also found bearing seal impressions with ancient Hebrew script.

In ancient times, a seal stamp, or bulla, was used to authenticate documents or items. Many of the handles have the inscription “LMLK,” (to the king), along with the name of an ancient city, according to the Israel Antiquities Authority. Other inscriptions have the names of senior officials or wealthy people from the First Temple period between 960 BCE and 586 BCE.

The site is believed to be a storage facility from the time of the ancient Judean kings Hezekiah and Menashe. 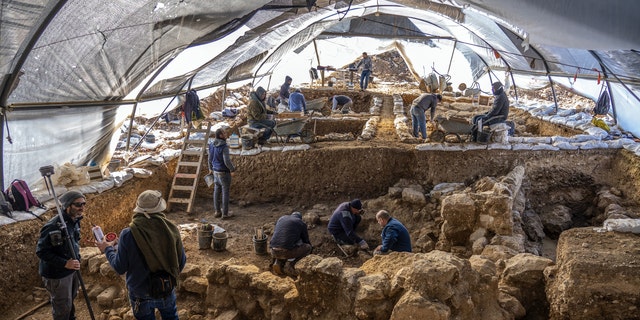 "This is one of the most significant discoveries from the period of the Kings in Jerusalem made in recent years,” said Neria Sapir and Nathan Ben-Ari, directors of the excavations on behalf of the Israel Antiquities Authority, in the statement. The site was used to store food supplies, they explained.

Small statuettes made from clay were also discovered at the site. “Some of the figurines are designed in the form of women, horse riders or as animal,” said Sapir and Ben-Ari, in the statement. “These figurines are usually interpreted as objects used in pagan worship and idolatry – a phenomenon, which according to the Bible, was prevalent in the Kingdom of Judah."

"It seems that shortly after the site was abandoned, with the destruction of the Kingdom of Judah in 586 BCE and Babylonian exile, the site was resettled and administrative activity resumed,” they added. “During this time governmental activity at the site was connected to the Judean province upon the Return to Zion in 538 BCE under the auspices of the Achaemenid Persian Empire, which then ruled over the entire ancient Near East and Central Asia." 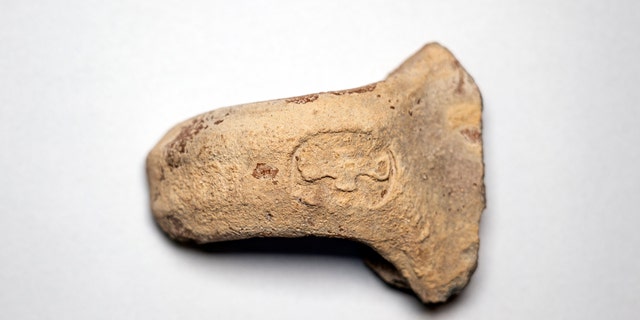 The U.S. embassy in Arnona opened in May 2018 to coincide with the 70th anniversary of Israel’s independence.

Israel continues to reveal new aspects of its rich history. Hidden underground chambers dating back 2,000 years, for example, were recently discovered near the Western Wall in Jerusalem.

Earlier this year, an international team of archaeologists uncovered an ancient Biblical era temple in what is now National Park Tel Lachish.

In another project, an Iron Age temple complex discovered near Jerusalem is shedding new light on an ancient Biblical city.

Last year, the room in Jerusalem venerated as the site of Jesus’ Last Supper was revealed in stunning detail thanks to remarkable 3D laser scanning technology.

A Christian holy site, the Cenacle (from the Latin for ‘dining room’), is located on the upper floor of the King David’s Tomb complex on Jerusalem’s Mount Zion.