He was a scientist who succeeded in seeing the unseeable and hoped to tune in to extraterrestrial life. 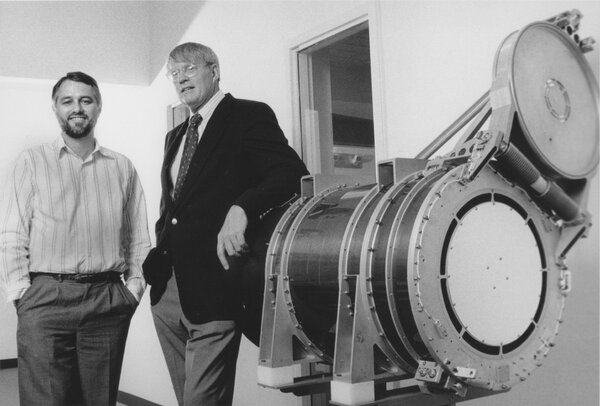 This obituary is part of a series about people who have died in the coronavirus pandemic. Read about others here.

Only the hottest stars shine with the searing but invisible blue-beyond-blue light called ultraviolet. When Stuart Bowyer arrived as a rangy and voluble young professor at the University of California, Berkeley, in 1968, no telescopes could see these stars in their glory.

Nor did astronomers, or the rest of humanity, know whether anybody else was Out There — whether the airwaves might be full of alien beeps and crackles from cosmic ham radio operators trying to say “Hi” or to warn with a “Watch out” about those nukes and that rising carbon dioxide.

Dr. Bowyer devoted his career to closing the cognitive gap on both counts.

At Berkeley, he led teams that sent instruments into space on balloons, sounding rockets, the space shuttle and finally his own satellite to reveal more than a thousand stars, galaxies and raging gas clouds illuminating the cosmos in a new color.

Dr. Bowyer died on Sept. 23 at his home in Orinda, Calif. He was 86. The university said the cause was complications of Covid-19.

His former colleagues described Dr. Bowyer as bigger than life, both in size and in spirit, a brash man you either loved or hated. “He put his whole body and soul into things,” said Dan Werthimer, the Marilyn and Watson Alberts chair and chief scientist at the Berkeley SETI Research Center.

Dr. Werthimer recalled that Dr. Bowyer and his wife, Jane Baker Bowyer, an education professor at nearby Mills College, had cultivated a Japanese garden in their backyard, “the most serene place you could imagine,” and also attended Burning Man. 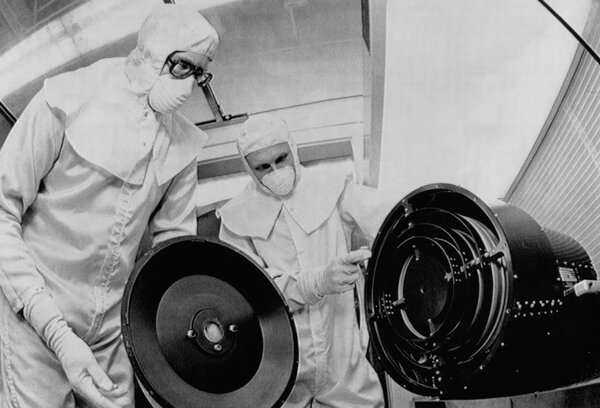 Dr. Bowyer made his biggest mark with his ultraviolet studies of the universe.

Ultraviolet rays, with wavelengths shorter than visible light and longer than X-rays, are not only invisible to the eye; the more extreme short-wavelength kind are difficult to focus with conventional optics. But many important astrophysical and atomic processes involving hydrogen, the most abundant element in the universe and in stars, give off ultraviolet light.

Dr. Bowyer’s effort to extend astronomy into the missing ultraviolet zone was resisted at first. The atmosphere absorbs ultraviolet rays before they hit the ground, preventing humans from seeing the hottest stars and blazing plasmas. A view from space was required, Dr. Bowyer argued, but many astronomers thought there would still be nothing to see. The thin gas that pervades interstellar space would absorb all the ultraviolet light, they said.

But Dr. Bowyer persisted, and he proved they were wrong. A sensor that he and his team mounted on the Apollo-Soyuz, a joint U.S.-Soviet mission in 1975, detected extreme ultraviolet radiation from some dead stars known as hot white dwarfs and an exploding star called a nova.

Dr. Bowyer followed up by proposing an entire satellite devoted to this work, the Extreme Ultraviolet Explorer, or EUVE, in 1977. It was finally launched in 1992 and circled Earth for eight years. It charted some 1,200 cosmic sources of this extreme radiation from as far away as distant galaxies, where it tagged vast, previously unsuspected clouds of so-called cool gas haunting the centers of many of those galaxies.

He was inspired by the Cyclops Report, a 1971 NASA study that proposed a giant array of radio telescopes to search the sky for alien radio signals. Cyclops was never built, but in 1977 Dr. Bowyer started his own search using the University of California radio telescope at Hat Creek, near Mount Lassen in Northern California.

The Search for Extraterrestrial Radio Emissions From Nearby Developed Intelligent Populations, or Serendip as it was known, was designed to piggyback on other astronomers’ radio observations. In the background it would scan 100 radio frequencies, or channels, at a time, hoping to tune in E.T.

One of the people Dr. Bowyer recruited to work on the project was a young astronomer named Jill Tarter, sought after for her ability to program the kind of computer used to analyze the signals. Dr. Tarter would go on to head the Center for SETI Research in nearby Mountain View, Calif., and served as a model for the protagonist, played by Jodie Foster, in the 1997 film “Contact.” All he had to do was give her a copy of the Cyclops report.

“I was hooked,” Dr. Tarter said in an emailed statement. “Stu changed my professional career forever. I wish I could thank him again.”

Dr. Tarter told of a less successful effort at pulling in an outsider: John Billingham, a biologist at nearby NASA Ames Research Center and co-chair of the study that produced the Cyclops report.

Hoping to get some NASA money for Serendip, Dr. Bowyer arranged to fly Dr. Billingham and a few Berkeley astronomers, including Dr. Tarter, up to Hat Creek in a small plane one day in 1974.

On the return trip, Dr. Bowyer climbed into the back of the plane, unbalancing it so much that it almost stalled taking off, and started mixing and serving drinks. As it turned out, the day’s schedule had not included bathroom time, and the plane had no lavatory.

“The trip back to San Jose seemed to last forever, at least as measured in bladder time,” Dr. Tarter said.

On landing, the Berkeley astronomers burst out of the plane’s door and, as Dr. Tarter told it, “Without ceremony, handshakes or even a goodbye wave, we ran towards the pilots’ lounge and its waiting bathrooms.”

Dr. Billingham, or J.B. as they called him, was left standing on the tarmac.

“Perhaps not too surprising, we never got any funding from J.B.!” Dr. Tarter said.

Charles Stuart Bowyer was born on Aug. 2, 1934, in Toledo, Ohio, to Howard and Elizabeth Bowyer. His father was a pilot. As a boy he attended a one-room grade school near his father’s farm in Orland Park, Ill., before going on the be valedictorian at Orland Park High School. He graduated from Miami University of Ohio with a degree in physics and then earned a Ph.D. from the Catholic University of America in Washington in 1965.

His early research was in X-ray astronomy, another window on the universe that was open only to instruments in space. As a graduate student he was part of a team that discovered one of the first known black holes, an erratic source of X-rays in the Cygnus constellation now known as Cygnus X-1. It is thought to be 15 times as massive as the sun.

He also detected X-rays emanating from the Crab nebula, the glowing threads of gas that mark the site of a supernova explosion seen by Chinese astronomers in 1054.

After stops at the Naval Research Laboratory in Washington and back at the Catholic University, Dr. Bowyer landed in the Berkeley astronomy department and the Space Sciences Laboratory. He made the department into a booming center for space astronomy and the search for extraterrestrial intelligence. At his peak he had some 150 scientists and engineers working for him on various space projects.

Dr. Bowyer retired as a professor in 1994, but continued doing research as the director of the Center for Extreme Ultraviolet Astrophysics at Berkeley.

Serendip survived and in 1999 began [email protected], which farmed out radio data to home computers to analyze. The University of California now serves as headquarters for the biggest search for cosmic greetings yet, the $100 million Breakthrough Listen effort.

Dr. Bowyer is survived by his wife; two sons, William and Robert; a daughter, Elizabeth; and five grandchildren.

[email protected] took a break earlier this year to analyze all its data. But the search goes on.

So far there has only been what astronomers call the Great Silence. Perhaps whoever is out there is still waiting for Dr. Bowyer to offer a drink.