Why dogs can read our minds: Strays that have never had any human interaction instinctively follow people’s gestures and commands

Teaching a beloved pet to sit, rollover and lie down gives them tricks for life, but researchers have found stray dogs can also follow commands from humans.

No training and no known exposure to people doesn’t stop man’s best friend from understanding simple gestures, a study found.

Researchers studying strays in India found dogs may have an innate ability to understand certain human gestures which transcends training. 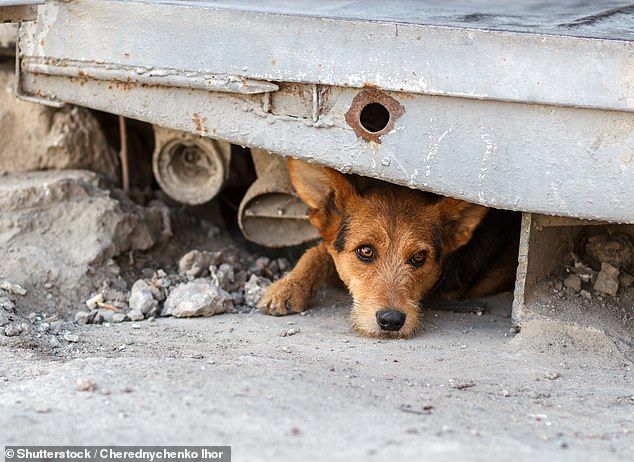 They studied stray dogs across several Indian cities, offering two covered bowls and pointing to only one of them.

About half the dogs didn’t approach the bowls, and the researchers believe these dogs were anxious and may have had bad experiences with humans in the past.

But of the dogs that did investigate the bowls, about 80 per cent correctly followed the human signal, suggesting training isn’t required to understand gestures.

The results suggest that dogs can understand complex gestures by simply watching humans.

Researchers hope this could help reduce conflict around the world between stray dogs and humans.

Dogs were domesticated 10,000-15,000 years ago, likely making them the oldest domesticated animals on the planet.

Humans sought out dogs with the most desirable body shape, personality or appearance for a variety of purposes.

These were then bred together to refine the gene pool and enhance the traits.

Dogs that were receptive to commands were ideal and a particularly sought after trait.

But it was unclear just how far this trait had permeated into the canine psyche and if it had become innate or still requires training. 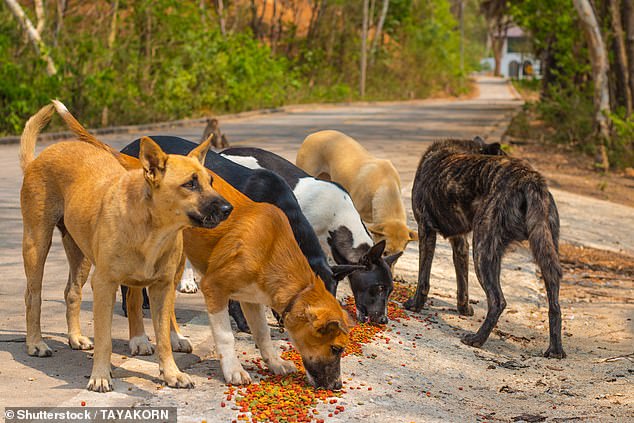 Teaching a beloved pet to sit, rollover and lie down gives them tricks for life, but researchers have found stray dogs can also follow command from humans (stock)

‘We thought it was quite amazing that the dogs could follow a gesture as abstract as momentary pointing,’ explained Dr Bhadra.

‘This means that they closely observe the human, whom they are meeting for the first time, and they use their understanding of humans to make a decision.

‘This shows their intelligence and adaptability.’

‘We need to understand that dogs are intelligent animals that can co-exist with us,’ Dr Bhadra adds.

‘They are quite capable of understanding our body language and we need to give them their space.

‘A little empathy and respect for another species can reduce a lot of conflict.’

The research was published in the journal Frontiers in Psychology.

HOW DID DOGS BECOME DOMESTICATED?