Rare lizard-like ‘tuatara’ whose ancestors roamed the Earth alongside the dinosaurs 250 million years ago is half way between a mammal and reptile, study reveals

Genome sequencing has revealed a rare lizard found in New Zealand shares DNA with mammals and its ancestors roamed with dinosaurs 250 million years ago.

Scientists from the University of Adelaide and South Australian Museum worked with Otago University, New Zealand to study the rare tuatara and its genetic makeup.

Tuatara is only found in New Zealand and is a ‘single species reptile’, the last of a type of creature that originated during the Triassic period.

Analysis of its genome led to a startling revelation – it is half-way between mammal and reptile and diverged in its evolution from other reptiles 250 million years ago. 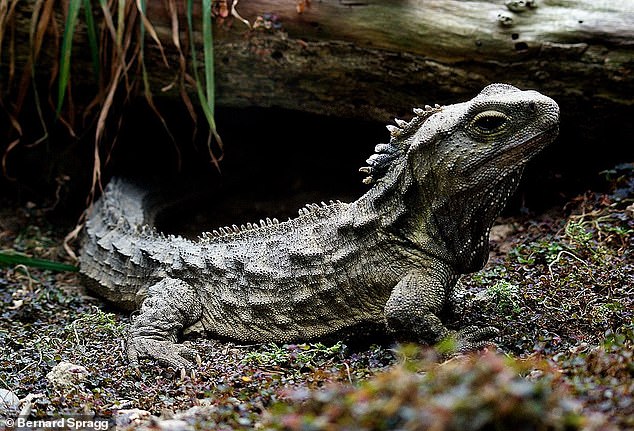 Professor David Adelson of the University of Adelaide and Dr Terry Bertozzi of the South Australian Museum carried out the key analysis of the tuatara genome.

‘The tuatara is the last surviving species of a reptile group that roamed the earth with the dinosaurs and remarkably, its genome shares features with those of mammals such as the platypus and echidna,’ said Adelson.

Researchers demonstrated that some sequences of DNA that move or jump location, referred to as ‘jumping genes’, found in the tuatara are most similar to those found in platypus while others are more similar to those in lizards.

‘This was a highly unusual observation and indicated that the tuatara genome is an odd combination of both mammalian and reptilian components.’

‘The unusual sharing of both monotreme and reptile-like repetitive elements is a clear indication of shared ancestry albeit a long time ago,’ said Dr Bertozzi.

With no close relatives, the position of tuatara on the tree of life has long been contentious, the team explained.

Some believed it was more closely related to birds, crocodiles and turtles, while others linked it to snakes and lizards.

The genome of the tuatara is 67 per cent bigger than the human genome and has helped cement its evolutionary position in the tree of life, researchers said.

Lead-author, Professor Neil Gemmell, a geneticist at the University of Otago said: ‘we can finally see with some certainty where the tuatara sits.’

The research places tuatara in the branch shared with lizards and snakes, but they appear to have split off and been their own species for around 250 million years.

One area of particular interest now the genome has been sequenced is to understand how tuatara, which can live to be more than 100 years of age, achieve such longevity, according to the team behind the study. 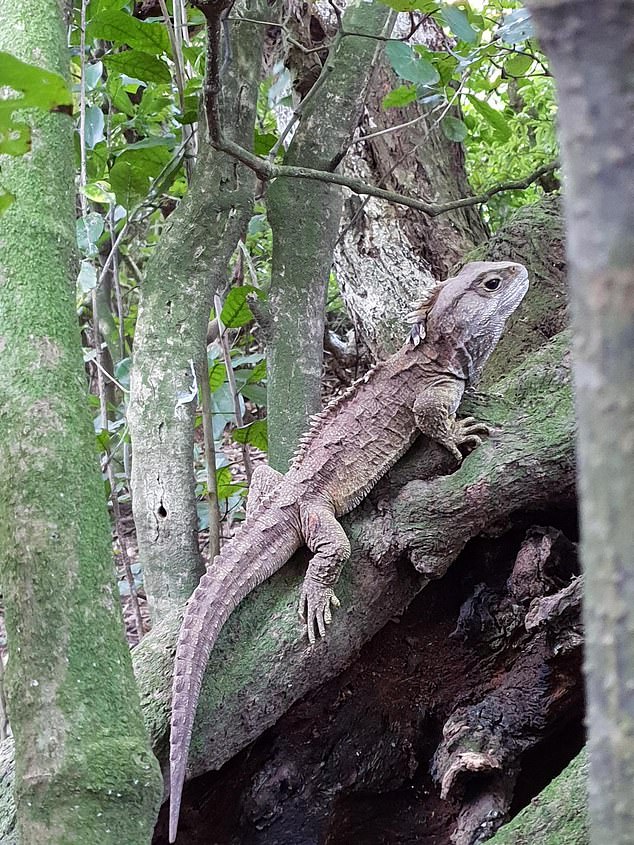 Scientists from the University of Adelaide and South Australian Museum worked with Otago University, New Zealand to study the rare tuatara and its genetic makeup

‘Could this be one of the keys to their long lifespan? Tuatara also don’t appear to get many diseases, so looking into what genetic factors might protect them is another point of focus for our study, as too we have also explored genetic aspects that underpin the vision, smell and temperature regulation of tuatara,” Gemmell said.

‘It has been a privilege to be part of this project, which has been a true, historic collaboration with local iwi (Māori indigenous tribe) Ngātiwai,’ Adelson said.

‘While this is largely fundamental science, I expect it to yield new ways of thinking about our own genome structure that may have relevance to our health.’

This project has also provided a significant opportunity to demonstrate the importance and value obtained when iwi, conservators and scientists work together to provide data critical for a species’ long-term preservation, the team said.

CHARLES DARWIN: THE BRITISH NATURALIST WHO INTRODUCED THE IDEA OF NATURAL SELECTION