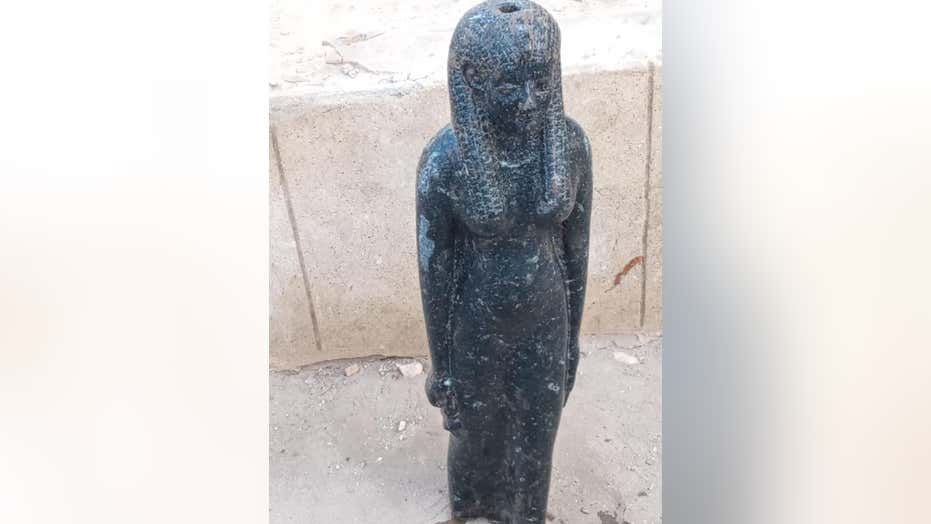 Statues of ancient Egyptian goddesses and Pharaoh Ramses II have been uncovered in Egypt.

Italian news agency ANSA reports that the finds were made near Mit Raineh, about 18 miles south of Cairo.

Ramses II, also known as Ramses the Great, ruled Egypt from 1279 B.C. to 1213 B.C. He is credited with expanding Egypt's reach as far as modern Syria to the east and Sudan to the south.

Egypt’s Ministry of Tourism and Antiquities announced the discovery in a Facebook post, noting that statues of the goddesses Hathor, Sekhmet and the god Ptah were uncovered. Hathor was regarded as the mother of the Sun God Ra, according to the Ancient History Encyclopedia, while Sekhmet was a warrior goddess and also synonymous with healing. Ptah was the patron god of craftspeople and architects, according to the Rosicrucian Egyptian Museum. 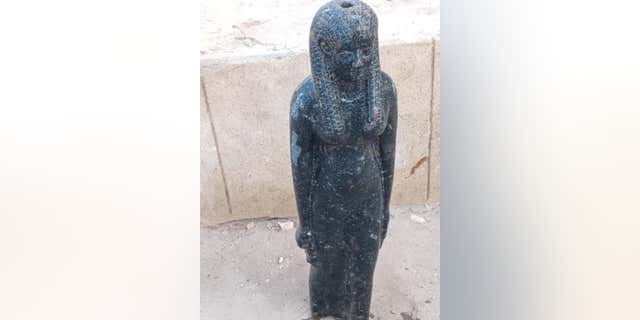 One of the goddess statues that was discovered.
(Egypt’s Ministry of Tourism and Antiquities)

Limestone blocks from the Coptic era were also discovered at the site. The Coptic era, named for Coptic Christianity, lasted approximately from the fourth century to the seventh century A.D.

Dr. Mostafa Waziri, secretary general of the Supreme Council of Antiquities, said that the limestone blocks indicated that the site was reused in later ages. Excavation work will continue “until all existing artifacts and artifacts are revealed,” according to the Ministry of Tourism and Antiquities.

Archaeologists continue to shed new light on ancient Egypt. Earlier this year, a 3,600-year-old teenage mummy was discovered in Luxor, as well as tombs of a number of high priests.

Last year an ancient fortress built by Ramses II was discovered in Beheira Governorate, northwest of Cairo, according to Egypt Today.

Fox News’ Chris Ciaccia and the Associated Press contributed to this article.