Can a scrappy Israeli nonprofit land on the moon on a $100 million shoestring? Tune in tonight to find out if it can get off the ground.

Until now, only three nations — the United States, former Soviet Union and China — have sent robotic landers to the moon. Beginning in 2007, a competition run by the X Prize Foundation and financed by Google was supposed to spur entrepreneurs to send a privately financed spacecraft there, but the competition deadline passed without anyone taking home the $20 million grand prize.

SpaceIL, based in Israel, was one of the finalists and continued its efforts even though there was no money to win. Its spacecraft is now on board a SpaceX Falcon 9 rocket in Florida.

The launch is scheduled for Thursday at 8:45 p.m. Eastern time, and forecasters said there was an 80 percent chance of good weather conditions, and skies approximately one hour ahead of the launch were clear. SpaceX will broadcast the launch. Video from SpaceIL’s control room in Israel will be streamed live on the organization’s Facebook page.

When will Beresheet land on the moon?

The landing is expected to occur in April.

Why will it take so long to get there?

The spacecraft is taking a long but fuel-efficient route. Instead of blasting out of Earth’s orbit, it will gradually elongate its elliptical orbit until it passes close enough to the moon to be captured by lunar gravity. Then it will spend a few more days making its orbit around the moon more circular before attempting a landing. 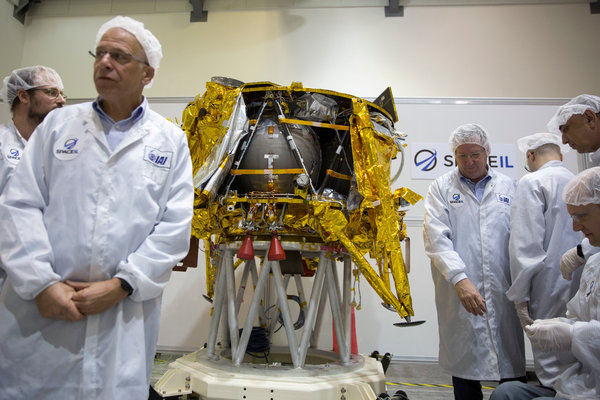 What will the Beresheet spacecraft do on the moon?

An instrument built by the Weizmann Institute of Science is to measure the moon’s magnetic field as the spacecraft approaches for landing. That information could reveal something about the iron core far below the surface.

NASA provided the spacecraft with retroreflectors:, essentially, mirrors that reflect light in the same direction as the incoming beam. Lasers on Earth shined at that spot will bounce back, enabling precise measurement of the distance between Earth and the moon. Apollo astronauts left similar devices on the moon nearly 50 years ago.

The spacecraft is also a time capsule containing hundreds of digital files including the Torah, the Israeli flag, artwork contributed by the public and a children’s book that was inspired by SpaceIL’s mission to the moon. It also will ferry a digital archive containing 30 million pages of information — including a full version of the English-language Wikipedia encyclopedia — provided by the Arch Mission Foundation, a nonprofit seeking to create a backup of humanity’s knowledge. 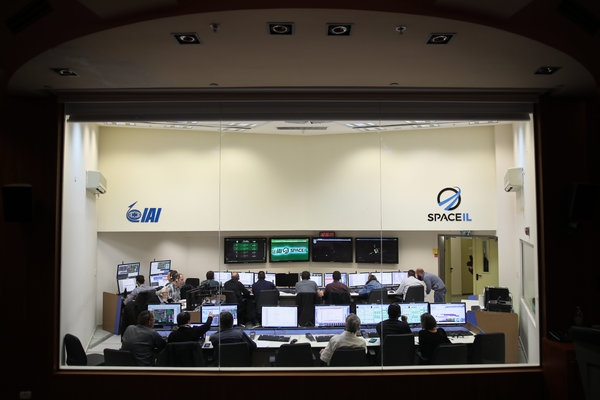 How long will the mission last?

Will the mission succeed?

The traditional and more expensive approach to spacecraft design is to rely on components that have successfully flown before, and to include backups for critical systems. SpaceIL left out much of the redundancy and tried to take a more nimble approach to save money.

The engineers at SpaceIL and Israel Aerospace Industries, the large aerospace company that collaborated on building Beresheet, said the mission is riskier, but they made considered decisions on where to take shortcuts.

One of the requirements for winning the $20 million Google Lunar X Prize was that the spacecraft had to move 500 meters, or 1,640 feet, on the lunar surface. To achieve this, SpaceIL’s engineers planned to have Beresheet take off again after landing and move the required distance.

Because there is no longer $20 million to be won, Beresheet may just stay put. “A million things can go wrong,” said Yonatan Winetraub, one of SpaceIL’s founders. “It might tip over and explode.”

The SpaceIL team will make a final hop-or-no-hop decision after the landing in April.

What other spacecraft are launching with Beresheet aboard the SpaceX rocket?

Beresheet is not the main payload on the rocket. The main customer is Pasifik Satelit Nusantara, an Indonesian satellite operator that is launching a telecommunications satellite called Nusantara Satu. As a secondary rideshare, SpaceIL was able to pay much less for its trip.

The rocket will also deploy an experimental satellite for the United States Air Force.

The first stage of the SpaceX Falcon 9 rocket itself has launched and landed twice, once in July 2018 and again in October.