SpaceX’s Starship SN11 is the fourth prototype of the rocket that could one day fly to Mars to be destroyed at Boca Chica. SN11 launched at exactly 2pm BST today, carried to an altitude of 32,000ft (10km). The 164ft-tall rocket launched under a heavy blanket of fog and many fans watching SpaceX’s live stream of the test flight had no idea what was going.

Conditions did not improve on the way down as SpaceX’s stream cut out just five minutes and 49 seconds into the flight.

The frozen stream made it hard to see what happened when SN11 crashed into the launch pad.

A separate stream by NASASpaceflight caught the moment a loud boom ripped across the pad and debris from the rocket was thrown into the air.

Elon Musk took to Twitter shortly after the crash landing, to speculate about what happened.

According to the South African billionaire, one of the rocket’s engines suffered on the way up. 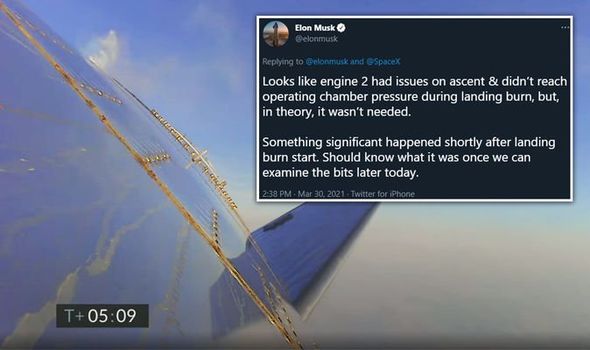 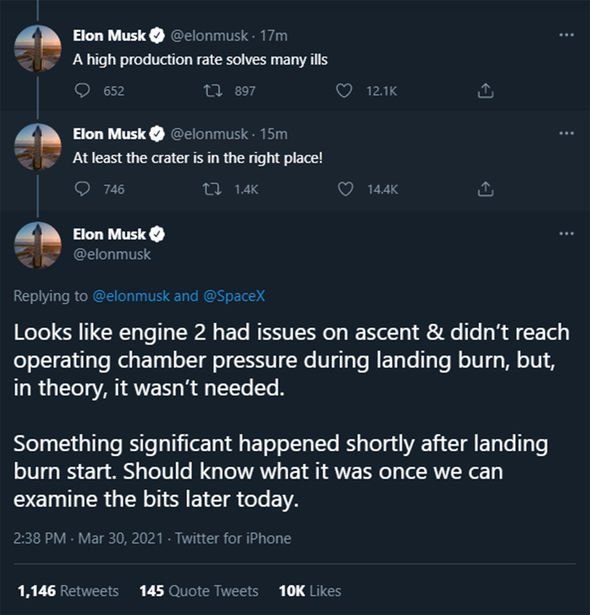 But some other “significant” issue prevented the thStarship prototype from sticking to the landing.

Mr Musk tweeted: “Looks like engine 2 had issues on ascent and didn’t reach operating chamber pressure during landing burn, but, in theory, it wasn’t needed.

“Should know what it was once we can examine the bits later today.”

This is a breaking story. Refresh the page to see more.