The “planet hunter” telescope’s primary mission is to characterise exoplanet atmospheres, how they form and how they evolve. But a host of instruments aboard the nearly £500million (€550million) space telescope will reveal so much more about these alien worlds, collecting data on radiation and chemical composition. On Thursday, November 12, the European Space Agency (ESA) officially adopted Ariel into its ranks, highlighting the effort of more than 50 institutes and 17 nations over the past five years.

Among them, the UK played a critical role in providing expertise, leadership and funding, through a number of universities and institutions such as the Science and Technology Facilities Council’s (STFC) RAL Space and the UK Space Agency (UKSA).

Scientists at University College London, Cardiff University and the University of Oxford also contributed to the telescope’s development.

Science Minister, Amanda Solloway said: “Thanks to government funding, this ambitious UK-led mission will mark the first large scale study of planets outside the solar system, and will enable our leading space scientists to answer critical questions on their formation and evolution.

“It is a testament to the brilliant work of the UK space industry, our incredible scientists and researchers led by University College London and RAL Space and our international partners that this mission is ‘lifting off’.

“I look forward to watching it progress towards launch in 2029.” 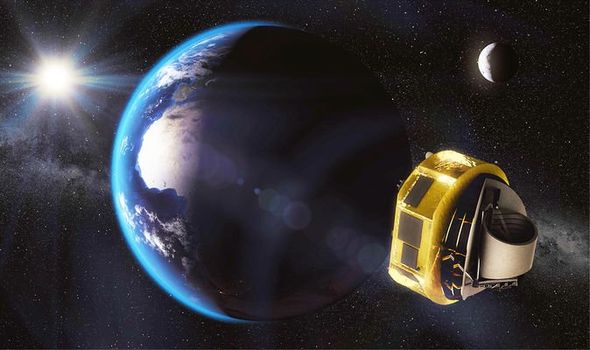 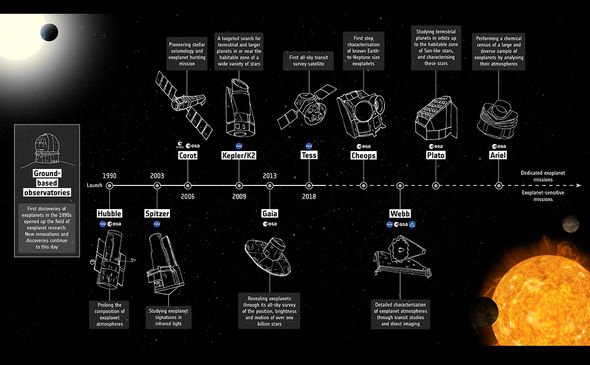 Ariel will be the very first mission dedicated to studying the chemical composition and thermal properties of hundreds of alien worlds.

Scientists hope the telescope will create a catalogue of diverse planets, ranging in temperatures from hot to temperate, and in composition from gaseous to rocky.

Ariel’s instruments will be able to characterise elements in the planets’ atmospheres, picking out gases such as carbon dioxide (CO2), methane and water vapour.

The space telescope also has the ability to pock out more exotic elements, such as metallic compounds, despite being many hundreds of millions of miles away.

Professor Giovanna Tinetti, Principal Investigator for Ariel from University College London said: “We are the first generation capable of studying planets around other stars.

“Ariel will seize this unique opportunity and reveal the nature and history of hundreds of diverse worlds in our galaxy.

“We can now embark on the next stage of our work to make this mission a reality.”

The telescope’s ability to study exoplanets to this extent is all the more impressive, considering we have only been discovering planets outside the solar system since 1992.

Since then, missions like NASA’s TESS or Kepler space telescopes have discovered more than 4,000 exoplanets across more than 3,000 systems.

Astronomers now know there are more planets in the Milky Way than there are stars. 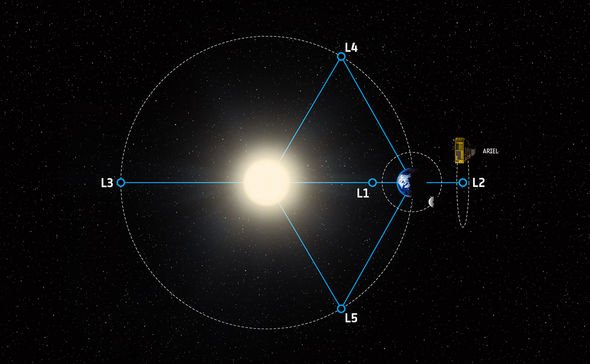 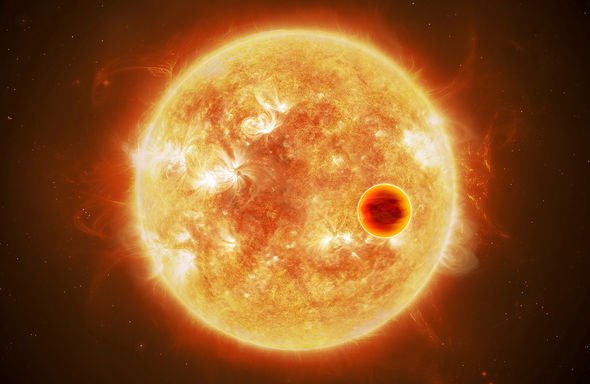 And yet, questions remain about what these worlds are like and whether they could host life.

Ariel, however, will not answer the latter question as it will focus its attention on worlds that appear least likely to host life as we know it on Earth.

Some of these worlds, for example, reach temperatures of more than 2,000C, and yet, these hellish conditions will reveal to Ariel many of the molecules swirling in their atmospheres.

The Ariel Consortium Project Manager, Paul Eccleston, of STFC RAL Space, said: “This represents the culmination of lots of preparatory work by our teams across the world over the last five years in order to demonstrate the feasibility and readiness of the payload.

“We now go full speed ahead to fully develop the design and start building prototypes of the instrumentation on the spacecraft.”

The Ariel teams from across Europe will now move onto the next stage of development” building and prototyping their designs for Ariel’s payload.

In total, more than 50 academic institutions from 17 countries are involved in the process.

The space telescope is expected to launch in 2029 on a mission lasting at least four years.

Ariel will be put into orbit at Earth Lagrange Point 2 – a point in space where the gravitational tug of the Earth and the Sun is equal.

The telescope is pencilled in to launch aboard ESA’s new Ariane 6 rocket from Europe’s spaceport in Kourou, French Guiana.