The European Space Agency (ESA) satellite photo depicts swathes of ice, dark troughs and depressions and indications of strong winds and storms. The Martian poles are swathed in layers of throughout the year.

During the summer, the pole is permanently covered by thick layers of mostly water ice, while temperatures plummet below -125C (-193F) and carbon dioxide begins to precipitate and build up as ice during winter, creating a thinner additional layer a couple of metres thick.

The Martian winter also brings carbon dioxide clouds, capable of obscuring the polar features below, making it difficult to see clearly from orbit.

The Mars Express’ High Resolution Stereo Camera can sere through this cloud cover and clearly shows the northern polar cap during the summer of 2006.

The resulting landscape is a mix of colour, from the bright whites of water ice to the dark reds and browns of Martian dust. 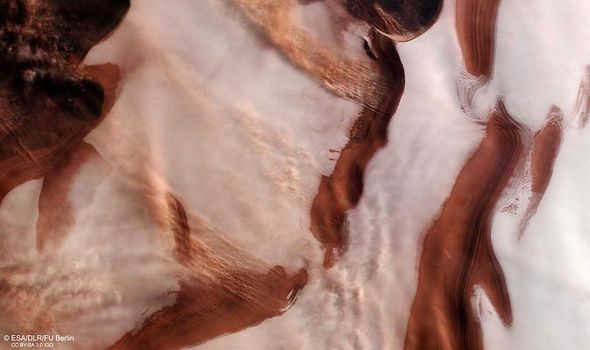 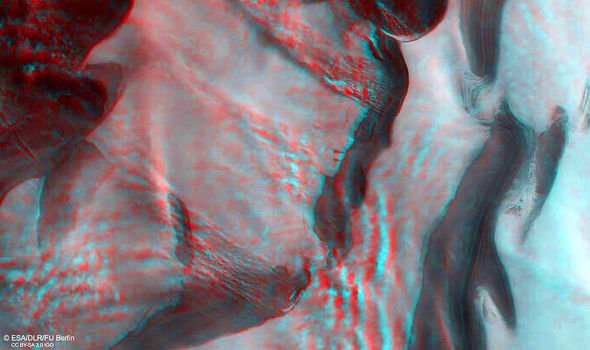 Dark red and ochre-hued troughs are shown to cut through the ice cap.

These ditches form part of a wider system of depressions spiralling outwards from the very centre of the pole.

When viewed on a larger scale, this pattern becomes evident: the rippling troughs curve and bend and slice outwards in an anticlockwise orientation, wrapping around the pole to create a zebra skin pattern.

These spiralling features most likely formed via a mix of processes, with wind erosion being the most significant one.

These are believed to be caused by small local storms that kick up dust into the atmosphere.

Such storms erode scarps and slopes, slowly altering the appearance of the troughs.

The poles, and any active processes taking place in these regions, are particularly interesting areas of Mars.

These layers of ice hold information about Mars’ past, particularly concerning how the Red Planet’s climate has evolved and changed in the last few millions of years: ice mixes with layers of surface dust and settles at the north and south poles, capturing a snapshot of the planet’s characteristics during that period of history.

A key goal of Mars Express’ High Resolution Stereo Camera is to explore the various phenomena occurring in the Martian atmosphere. 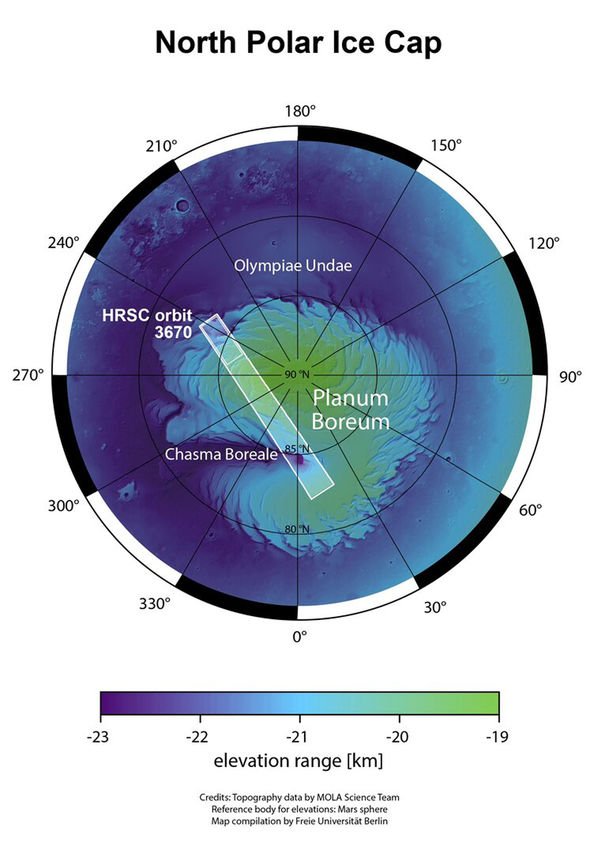 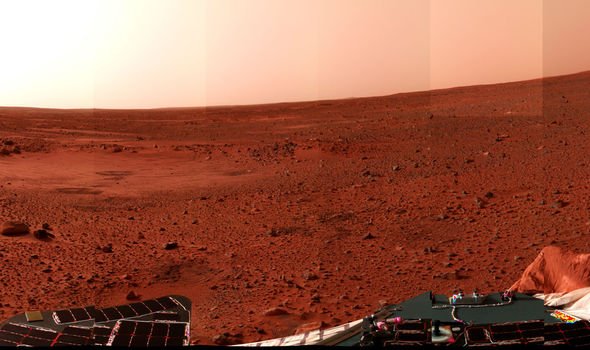 This includes winds and storms and the many bizarre geological processes taking place across and below the Red Planet’s surface.

The camera has been returning impressively detailed views of Mars for many years.

Mars Express arrived at the Red Planet in late 2003 and has revealed much about the planet and its history – including mapping its surface at resolutions of 10 metres per pixel, exploring how wet and humid early Mars may have been, characterising its volcanoes and strange surface features and geography.